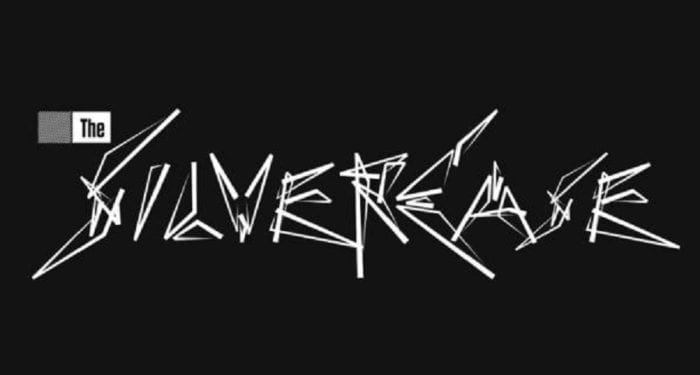 Gameplay is a funny thing isn’t it? We don’t talk about film-watch, or music-listen, but the way that it feels to listen to, watch, or indeed play something is the most important part of a song, a film, or a game. When it comes to The Silver Case, Grasshopper Manufacture’s HD remaster of its 1999 debut, it’s a very odd cocktail indeed.

Part visual novel, part point-and-click adventure, part puzzle game – the feeling of actually playing the thing is initially a muddled one. Things do coalesce. The game wraps its surreal narrative around a series of murders and kidnappings taking place in futuristic Japan; specifically, a city called the 24 Wards. Who better to investigate these heinous crimes than the Heinous Crimes Unit? The narrative flits between two arcs: Transmission and Placebo. Transmission follows two detectives; Placebo follows a journalist.

Those that have played ICO will recall its sparseness: this is an approach to design that the game’s creator, Fumita Ueda, called design by subtraction. By removing the non-essential elements of traditional design until left only with the vital organs, whatever is left takes on that much more significance, to say nothing of having a stark, powerful experience. Suda Goichi – or Suda 51 as he is popularly known – prefers a different tack: design by obfuscation. Early on in the game we are told by a captain that we will get used to the controls, and though they seem odd, they will become second nature. Indeed they do seem odd: moving and interacting are done by rotating a wheel to the move function, keying in your desired action, and then inching forward by tapping the directions one at a time. Spinning the wheel to the ‘contact’ option will allow you to poke around environments for clues. You will get used to them; you’d get used to having a leg removed after enough time had passed. As a result, the first level is a shambles.

Things do pick up though. When you hit your stride there is a sweet spot wherein it’s difficult not to be charmed by the game. The music is captivating in a very dreamy way – it’s a soundtrack which feels very of its time, and it runs the gamut from putting you on edge, psyching you up, and calming you down, providing comfort after a disturbing scene. There’s a great sense of atmosphere, at once foreboding and exciting.

The characters are curious. They are well-written and enigmatic; they say funny things, and outrageous things. Early on the lead detective character, Tetsugoro Kusabi, drives his car down a deserted road at night and remarks: “On nights like this, weird shit happens. That’s just the way it is.” Is that self-aware? Is it intentionally daft? Perhaps an odd translation – either way it’s difficult not to laugh.

After you’ve gotten the hang of the odd interface you’ll be sleuthing your way through scenes without obstacle. It’s an odd decision to include gameplay such as this, given that it only really serves as wonky filler for what would otherwise be a perfectly good straight visual novel. It isn’t as though any of the puzzles – which never amount to much more than getting a door to open – are taxing, or more importantly fun. It feels like such an odd mash of ideas and often you’d rather be reading than fumbling about between menus and environments looking for buttons to press.

As a visual novel the game has its moments, however, and it’s this aspect that sets it apart. It has one thing going for it: it’s absolutely unique. On paper it may seem as if murderers and detectives have been scraped thin like butter over toast; they have, but this one lives on its own terms and colors way outside the lines. Perhaps the creaky controls and clunky interface give it a grouchy identity all its own; still, I’d sooner have a straightforward set-up if there’s going to be one at all.

There’s a veritable smorgasbord of devices at play in the telling of this odd tale, but rather than blend and complement each other, they act at odds with one another. There is FMV, hand-drawn art work, anime, CG – all of these styles clash and paint an incongruent picture. It feels difficult to reach around the edges of characters and feel as though you have access to them. An odd FMV sequence early on shows a woman running panicked through an underground car park; this is juxtaposed by a CG cut scene panning dizzyingly up at a tall building – the police HQ pictured above – and then once inside it slips into the anime-style art. What it means is there is never a sense of presence, or of events actually happening, just that we are told they happen, and we’re told how characters react. It never feels active; perhaps this is unfair criticism for a visual novel, but that’s just it – the game tries its hand at being more than that, and in those areas it falls down.

It’s worth looking at the meat and drink of the novel part of The Silver Case, because this is where a lot of the enjoyment is to be had. There are interesting ideas littered throughout: the concept of contagious crime, a futuristic city divided by wards, interior politics between rival factions of police, a compelling Keyser Soze-esque villain, and some genuinely interesting and bizarre characters. It’s a shame that you have to work for it as much as you do, not just through the gameplay segments, but through daft dialogue. At times it’s like you’ve wondered into one of those awful college parties where everyone is absolutely trollied but speaks as if they’ve hit upon the wild truth of the universe. Characters start to spout philosophizing drivel when they’re supposed to be working an honest murder case; it’s at these moments where you drift into apathy. It’s doubly irritating because you often want to get to the bottom of it all.

In the end what you’re left with is an interesting curio, a relic from a bygone era by a talented developer. Whilst it’s clear to see the game’s ambition and the fact that it’s utterly unique, it’s also encumbered by a bizarre control scheme, some experimental storytelling techniques that don’t pull together well, and some cringe-worthy navel-gazing dialogue that disappears up its own bottom.