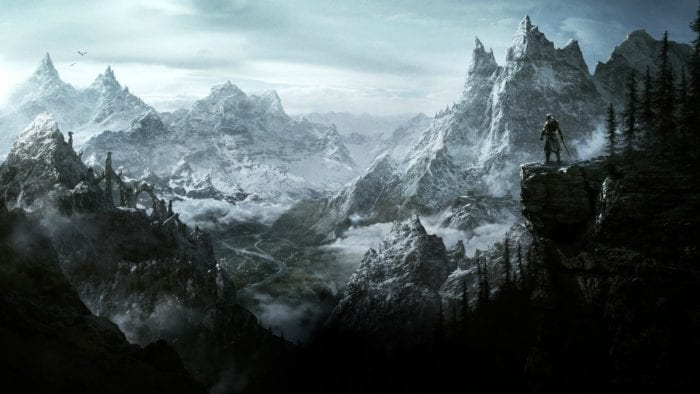 On November 11, 2011, The Elder Scrolls V: Skyrim took the world by storm. It’s the fifth entry in Bethesda’s long-running fantasy RPG series, and Skyrim catapulted the franchise to new heights. I have incredibly fond memories of exploring the world’s frozen peaks and temperate tundra, hunting down dragons and honing my various skills. With the release of Skyrim: Special Edition, I started to think more and more about my time with the game, and why it’s still the greatest open world game ever made.

I know. This seems like a slightly outrageous claim. But Skyrim offers players a massive world with innumerable opportunities to seize and dozens of ways to approach any given scenario. Its open-ended nature is by far its biggest strength. I’ve put dozens of hours into some of the best open worlds ever crafted. Games like Grand Theft Auto V, Red Dead Redemption, and even Bethesda’s own Fallout 3 and 4 do a great job of immersing players in lifelike worlds with memorable characters. But they’re missing that special spark that Skyrim has.

Even its predecessor, Oblivion, can’t hold a candle to it. Oblivion featured many of the same features and gameplay styles that Skyrim does, but the additions The Elder Scrolls V added enhanced gameplay in so many ways that it’s difficult to go back, even for the sake of nostalgia. Everything that Skyrim adds— dual wielding spells, a more diverse leveling system, dragon shouts— gives the player a more rewarding sense of power and choice, which cannot be rivaled.

More than any other open world, The Elder Scrolls V feels truly alive. The wildlife saunters blissfully through plains and along beaches. Villagers go about their chores, cutting wood or collecting milk. Soldiers survey the land, keeping its inhabitants safe from the horrors that lurk outside the stone walls of Skyrim’s towering cities. Nothing ever feels scripted as it does in other games. Everything is part of a larger ecosystem, and you are just a simple traveller, making your way through the northern wilderness.

There are pages and pages of lore outlining the history of this world. When you boot up Skyrim, you don’t feel like you are the catalyst for a story, you feel like you are stepping into a world that has existed for eons.

The moment you escape the imperial dungeon, the entire world is open to you. You can begin the story, learning more about the world and your place in it, or just take off and get a feel for it yourself.

No other open world game I have ever played has been as open-ended as Skyrim. There’s always been a learning curve; several missions that you need to slog through in order to get to the real meat of the game. But as soon as Skyrim teaches you how to swing a sword and unleash a torrent of fire from your palm, you’re good to go.

On top of this, you can choose how you want to be perceived in this massive world of dragons and giants. You can be the hero, whose coming was foretold in legend, or the scourge of the free people, cutting down anyone who looks at you the wrong way. You really feel like the world is reacting to your decisions; that your choices actually have an impact.

You are the only one capable of bringing down the dragons that now plague Skyrim, burning its villages and killing its warriors. Sure, it may just be a McGuffin, but you still feel like you have an important role in how events unfold. More than in games like GTA or Red Dead. The stories in those games are fantastic, but they are crafted around specific characters, whereas Skyrim has a basic enough narrative but leaves room for you to create your own stories. The game’s open-ended nature is one of its biggest strengths, making the narrative feel more personal. But an open world game doesn’t live or die on its story; it all hinges on the space the developers give you to explore.

Skyrim isn’t just a wide, open world with intricately detailed spaces to discover. The reason it’s such a joy to explore is that you never really know what to expect. One of my most vivid memories with the game is of chasing a butterfly. I was wandering the plains outside Whiterun when the butterfly flitted into my view. It quickly darted away and I ran after it, trying to add its frail wings to my inventory. I lost track of the world around me and just focused on the singular object. After a while, I gave up and surveyed my surroundings. To my right was a cave, one that hadn’t appeared on the map. So I took my chances and walked in. Inside, I found the ancient halls of the Dwemer, fought off their sentinels, and explored forgotten cave systems. A grand adventure had presented itself just because I had decided to follow a butterfly.

There was no provocation from the game, no NPC pointing me in the direction of a quest. I just made my own fun in a world filled to the brim with things to see and do.

But exploring isn’t all there is to do in an open world game. Combat often takes up a lot of your time, so it needs to be fluid and engaging. Games like Red Dead, GTA V, and Fallout, all have gun-based combat systems. The two Rockstar games give you a wheel full of weapons and then send waves of gang members and police officers your way. But every firefight turns out pretty much the same, with you hunkered down behind cover and dozens dead. Even in Fallout, you can’t just aim down the sights and mow down Deathclaws. The VATS system is absolutely necessary if you want to succeed, sometimes making combat more than a little cumbersome.

Skyrim does away with these problems, offering up variety and plenty of easy to learn systems. Swinging a sword or nocking an arrow is as simple as clicking a button. And the variety of play styles and classes mean that every combat situation can be approached differently. Taking on a Troll with a sword and shield or dual wielding spells are two very different beasts. Creating different characters of differing race and class can make the gameplay change in radically different ways. Avenues that you didn’t have before might now be open to you, just because you chose to put a lot of points into mercantile skills.

The core systems that comprise Skyrim’s gameplay are all designed to let the player choose how they want to act. The game doesn’t even ask you what class you want to be, it just lets you play around with the tools at your disposal and naturally gravitate towards a particular class.

I cannot wait to jump back into Skyrim: Special Edition. This will be my second full playthrough and I know that it will be completely and utterly different from what I experienced five years ago. No game has come close to creating a world as rich and immersive as the one Bethesda created for Skyrim, and we likely won’t see anyone succeed until the inevitable release of The Elder Scrolls VI sometime in the future.