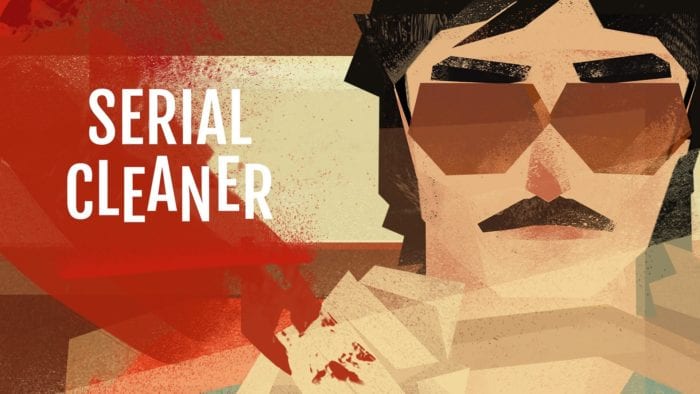 Let’s begin with stating the obvious, shall we? In Serial Cleaner, you’re quite the opposite of a serial killer. Here, you play as the cleanup guy, tasked with tidying up the murder scene and stripping away any evidence from under the policemen’s noses. This premise is quite the spin on the traditional gaming formula, since most titles rely on you creating a bloody mess instead of cleaning one up.

It’s that very idea that had me curious about Serial Cleaner right from the moment I read its title. Presented in a vibrant 1970’s setting, it feels as if Serial Cleaner spoofs all of the needless bloodshed in video games, movies and television series, putting you at the butt end of the joke wherein you’re left fixing the careless murderer’s mistakes instead of letting you embody that very character. You’re the mustache-rocking, sunglasses-sporting professional who makes sure the crazed killer can keep doing what he does without getting caught, which is an intuitive and unique idea only a few games have successfully reflected. I’m personally thrilled that there aren’t too many gory clean up games, since the lack thereof makes this one stand out all the more. 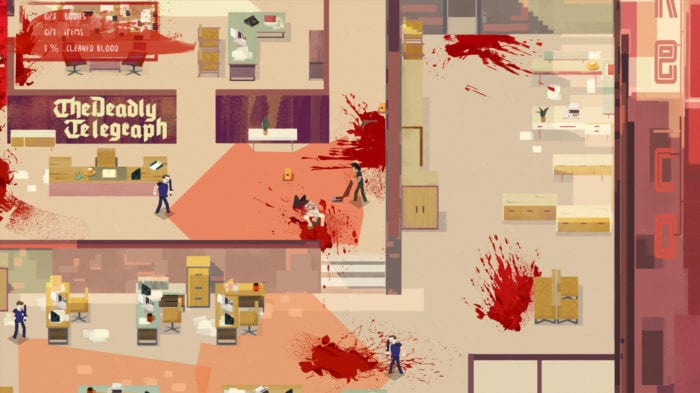 The advantage of being a serial cleaner is that it pays incredibly well. At least, I reckon. Why else would someone do it, right? The downside, however, is that the aforementioned reckless psychopath cares very little about the mess you end up cleaning, leaving behind a trail of visceral gore reminiscent of Quentin Tarantino film, as well as a whole bunch of unwanted attention. Policemen arrived at the scene well before you did, patrolling each level with a suspicious air of arrogance and carelessness. The city’s finest often walk up and down corridors, conveniently leaving a window for you to either drag away a body, collect a piece of evidence, or mop up a puddle of blood. When one of the three aforementioned items of interest go missing, the officers will briefly grunt and look around in confusion, only to resume their scheduled patrols in hilarious fashion.

It’s safe to say Serial Cleaner doesn’t take itself all too seriously, and it greatly benefits from that. Memorizing at times illogical police patrols and figuring out the safest possible route to drag a corpse across the level and store the body in the back of your trunk is a ridiculous yet involving premise that relies heavily on stealth, puzzling, patience, and the infrequent bit of action when things go awry. Waiting for the perfect window and completely clearing out a level with swift finesse, however, feels much more satisfying than barely making it out with but a few corpses in your trunk as disconcerted policemen chase you around with their batons. 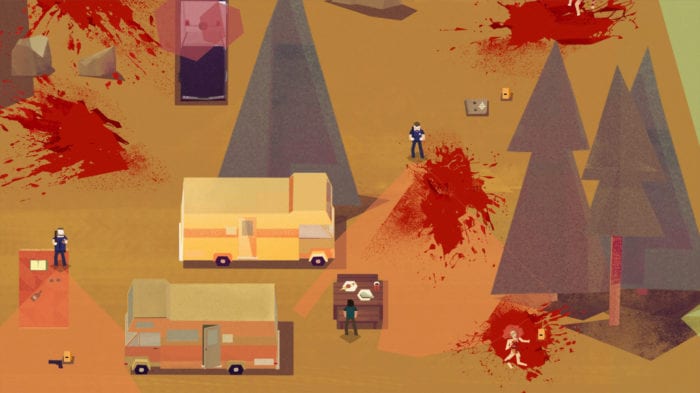 Balancing the fine line between nimble movement and careful thinking is what will keep you returning to Serial Cleaner, which is quite impressive, especially for an Early Access title that’s still in the midst of developent. The features included in this build are well-polished, working in tandem with one another most of the time to ensure an optimal player experience with the ideas that have already been established. Serial Cleaner doesn’t pump out broken or half-finished mechanics like some beta-versions tend to do, but attentively builds upon what it presents in a way that feels natural to the player. Every aspect, from the gameplay to its presentation, has been crafted with great care, and everything one can find in the 1.02 build at the time of writing simply complements the entire package.

The only issue I have with Serial Cleaner at the moment is that its objectives can get quite cluttered. Items of interest spawn randomly each time you attempt a level, which does keep the player alert without ever getting stuck in a boring loop of trial and error, but this means two corpses can spawn right next to each other or halfway overlapping a piece of evidence. This can make it difficult to properly execute your plan when you’re left picking up the wrong corpse or accidentally collecting evidence and bolting. There’s the option to zoom out and see every item and police officer highlighted, which does help in the early planning phase, but I occasionally found it easier just to get myself beaten to a pulp in order to freshly spawn the items in a level, which could result in better or worse objective placements.

Still, in its current state, Serial Cleaner is most definitely playable, and highly enjoyable at that. It’s morbidly hilarious, looks absolutely incredible and plays very smoothly, with its retro 1970’s setting lending itself to some intense stealth-puzzling sequences despite the occasional messy objective design. For the low price of $9.99, Serial Cleaner is an absolute steal that is well worth your precious time and money.