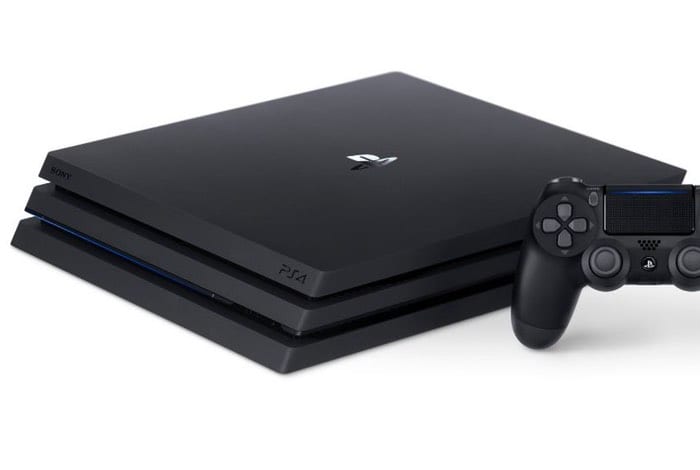 Just this past weekend I had the opportunity to attend the New York Comic Con. During that time I was invited to a Square Enix event to check out some upcoming games and talk with some of the people who create them. But there was something else there that proved to be a bit of a surprise. There, in the middle of the room was an opportunity for me to play Deus Ex: Mankind Divided on the PS4 Pro. Naturally, I couldn’t turn down the offer. so I sat down and once again stepped into the augmented shoes of Adam Jensen.

To be honest, I wasn’t entirely sure what to expect. I had watched the entirety of Sony’s event where they both announced and showed off the console; I knew that it was going to essentially be a stronger PS4. I also was aware of the offer of 4K gaming and HDR compatibility. But this didn’t really mean all that much to me beforehand. It wasn’t until I actually started the game that it finally clicked for me. Instantly I realized that this was something more special than I could’ve anticipated.

I decided to boot up the new expansion for Deus Ex: Mankind Divided titled System Rift. The folks from Eidos Montreal who were there sat back and let me take it all in. The first thing I noticed was that the game loaded faster than it did on my standard PS4 back at home. It wasn’t instantaneous, but it was definitely noticeable. Considering that a lot of games are becoming larger and therefore leading to longer load times (either initial or during gameplay) it was nice to be able to get into the action so quickly.

Once the game loaded I was treated to the cleanest image of Deus Ex: Mankind Divided I’d ever seen. It was sharp, clear, and exceptionally smooth. I’ve put about 20 hours into the game on the PS4, so I’d become pretty familiar with how the game looks. While it is definitely a pretty game most of the time, with its varied locations and interesting combat effects and lighting, it does struggle sometimes. Textures are sometimes slow to reveal themselves, the framerate suffers from occasional hiccups, and the experience as a whole can look somewhat muddied.

But playing the very same game on the PS4 Pro had me second guessing my memory. The framerate was smooth and steady as I moved through vents and fired off rounds from my assault rifle (being a demo, I didn’t want to waste too much time on my usually stealthy hi-jinks). Gunfire was bright and watching enemies succumb to bullets and even the animations as I utilized my augmented melee abilities kept the level of amazement high.

Even during the conversation components, where the action dies down and you’re left picking some person’s brain for information, the game looked far better than it had on the standard PS4. Eidos Montreal had taken full advantage of what the PS4 was offering, and it amounted to a serious dosage of eye candy.

Yet, that’s all it seemed to amount to. Everything was much prettier, something you can even notice from across the room, which is a huge achievement. I expected marginally improved visuals, yet what I witnesses was anything but. The PS4 Pro will definitely lead to visuals we’ve never seen on a console. However, the game was exactly as I’d remembered it. The controls, the speed, the action, everything was the same.

It’s like I was eating a steak for the second time but had been given glasses with the proper prescription for the first time. The steak still tasted exactly the same, but I could finally appreciate the marbling of the meat, the perfectly rendered fat, the juices from a stunning medium-rare cook. There was no extra seasoning added, no new side-dish, heck not even a wine pairing. I was just allowed to dine in better lighting.

However, I soon realized that the simple addition of that “better lighting” changed things far more than I had believed could be possible. The smoothness, the clarity, the tighter presentation all melded in with that all too familiar gameplay to provide something that was undoubtedly better. On the one hand, it was clear that Deus Ex: Mankind Divided was still very much so the game that I’d already played. But on the other, I couldn’t help but look forward to a second playthrough on a PS4 Pro. It added something that I can’t quite put my finger on, and I’m sure that’s what Sony is banking on.

The PS4 Pro won’t be necessary for anyone content with the box currently in their homes, and that’s fine. This isn’t some life-changing piece of hardware that will change how you view video games going forward. However, the amount of enjoyment that can come from nothing more than improved visuals and a slightly better load time is not to be overlooked. Playing Deus Ex: Mankind Divided again was a great experience, and the fact that it was wholly unexpected really just compounded the sentiment. It’s the small details that can really help to turn a playthrough into an experience. The PS4 Pro, if used well, will bring those small details, the ones that suffer from lower resolutions and muddied visuals, to the forefront. And once they become clear, you will find a reason to play those games all over again.