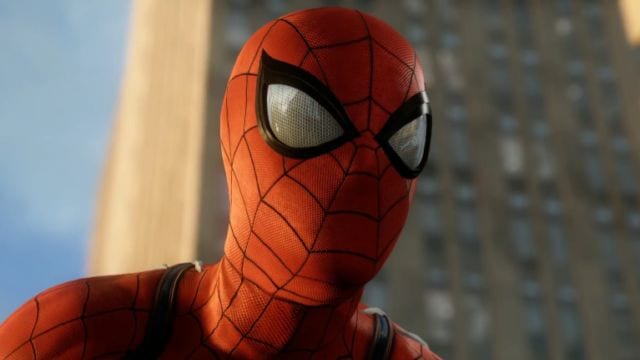 Superheroes and video games have a rather complicated relationship. While there have been successful and great games based on original heroes, as the Infamous and Crackdown franchises have shown us, licensed superheroes aren’t so lucky. Superman 64 is still a black mark that fans and developers alike have unpleasant memories about, and while there are indeed good licensed superhero games, they didn’t really get their due until Batman: Arkham Asylum released in 2009. It, for lack of a better term, made licensed superheroes great again, and it stands to reason that now we’ll be getting another situation with the upcoming Spider-Man game.

Given the upcoming Homecoming solo movie that would align Spidey with the larger Marvel Cinematic Universe, it was a given that we would eventually see a new video game starring the wall-crawler. Rumors began swirling around in the lead up to E3 this past June that it was, in fact, the secret project that Infamous developer Sucker Punch was working on, but it turns out that the rumor was only half true. The new Spider-game isn’t connected to the new film in any way, and is instead being developed by Ratchet and Clank developer Insomniac Games. While it’s sad that Sucker Punch isn’t taking the reigns, given how much of Spider-Man’s DNA is all over Infamous, the folks at Insomniac are no slouches in superhero games, themselves.

Being wholly separate from the movies and comics is an incredibly smart move. The big expectation is that this would maybe cover the year long gap between Captain America: Civil War and Spider-Man Homecoming, but placing this hero in his own continuity is a better move. One way the game is doing that is with the costume, which ditches the typical black that makes up the spider with white, which also covers the palms and wrists. As divisive as the new costume is, it helps establish that this is a Spider-Man different from the ones that we’ve seen before in other games and films, which have always made sure to recreate the classic costume. Given the many different Spider suits that have existed over the several decades of the hero’s existence, this is far from the worst (that title belong to this thing).This new suit is a nice blend between being its own thing while still having ties to the new suit in Homecoming (you can see it mainly in the eyes).

With Arkham Asylum, Rocksteady made the smart choice to relegate Batman to a single location that he had such an intimate connection with. For Spider-Man, that location is New York, and the best superhero games have made sure to emphasize the relationship between the hero and the city they’re protecting in both subtle and direct ways. In some cases, that meant that their power came from the city itself, and in other cases, it was having the player travel to an iconic location in the city, as the later Arkham games did. Peter lacks the literal need to use the city the way that Cole McGrath or Delsin Rowe does, but it’s the guilt over letting his uncle die that drives him to protect the Big Apple. Random muggings and side missions are almost going to be an inevitability, but even from the first trailer, it’s apparent that the relationship between Peter and the people of New York is crucial: “People see me and think they’re safer, but it’s not really me they’re seeing… knowing everything hinges on a guy from Queens sounds as scary as it feels.” Even in small ways, that’s made apparent, with the second half of the trailer playing up the unfortunate Parker luck with him stopping a bank heist that escalates into the truck being on fire and him sliding around the street while trying to bring the crooks to justice.

There are games that only could’ve come out and landed with the success they did due to outside circumstances. Arkham Asylum only could’ve been successful if Rocksteady hadn’t looked at the failures of previous Batman games and learned what not to do and looked at what to adapt from the comics and films. Insomniac is in a similar position; not only do they have the multitude of games to look to, but they also have the most recent Amazing Spider-Man films.

Divisive as the Andrew Garfield-led reboots were, one commonly agreed upon thing is that the webslinging moments perfectly encapsulate Spidey and the freedom of movement that comes from being able to swing around on any surface. Not to mention the focus on parkour that video games have had as of late, with titles like Mirror’s Edge and even Insomniac’s own Sunset Overdrive showing that free running in a game is possible. That already seems evident from the first trailer alone, which makes a spectacle out of the freedom of movement Spidey provides.

Batman is DC’s most iconic and successful hero, in more ways than one. The Dark Knight has the most film and TV shows about him or his extended universe, and even for the films or shows that aren’t about him specifically, his influence is felt greatly (as anyone who watches Arrow can attest to). Spidey is Batman for Marvel, particularly in games, where his solo games (the upcoming one included) are clocked in at 35. Much like Batman, his gaming career is over the place; while the Spider-Man 2 game and Ultimate Spidey are fun titles, there are still problems that plagued them even when they first came out. Even as fun games, they don’t entirely feel representative of exactly what he can be. Despite there not being a lot of footage shown thus far, it’s clear that Spider-Man and Insomniac are going to be a match made in heaven. Arkham Asylum made superhero games great again for the last generation of consoles, and its effects on the industry are still present. If this same thing happens with the new Spidey title, that’s perfectly acceptable.