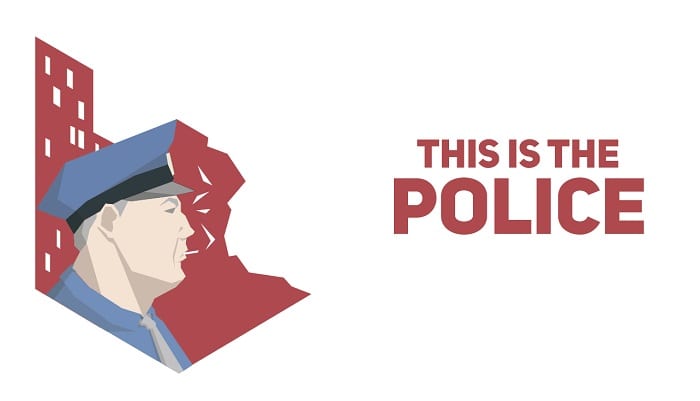 This is the Police on PC

There’s not much that’s better than when two things come together well. This is the Police pulls this off with sweeping success, merging a story-driven narrative with a classic simulator approach. While these two qualities may not seem like a good fit at first, developer Weappy Studio does a masterful job of making it work and presenting a game that I can’t really compare straight across with anything else I’ve played.

This is the Police puts players in the role of Jack Boyd, an aging police chief on the cusp of retirement. Boyd’s career has been a shining beacon amid the corruption and crime of Freeburg, and his only concern as he looks to the future is leaving the role with enough cash to see him through his last days. Of course, nothing is so simple as just putting in the work and hoping it pays off, and it’s not long before Jack finds himself tangled up in the city’s seedy side.

The gameplay in This is the Police is mostly focused on Jack’s day to day operations at the station. Players are tasked with managing both officers and detectives on a two-roster system. Each employee has a number of stats that you’ll need to watch, including professionalism, energy, and rank. Underlying personality traits, such as alcoholism or flat-out laziness, come into play in less obvious ways, as well, meaning you’ll need to keep a sharp eye on the entire department.

This is the Police doesn’t just have Jack dealing with time-off requests and slacking workers, though. During each workday, reports will be called in to the station, and it’s up to you to determine who’s sent out to check out what’s happening in the city. Threats range from dangerous daylight armed robberies to children being “held hostage” by broccoli-pushing parents. Players will have to react quickly, and occasionally even provide on-the-fly advice for the officers on scene.

In addition to quick-response acts, This is the Police will present the player with ongoing investigations. Assigning detectives to these cases uncovers clues, and eventually your gumshoes will put together potential sequences of events, called ‘frames’, which you’ll have to line up in order to solve the case. Once you’ve got your perp in the crosshairs, it’s as simple as sending the case’s lead detective out with some backup to reel them in.

Of course, with Jack’s goal of netting a cool $500,000 before his retirement in 180 days, This is the Police doesn’t hold players to the straight and narrow. Mafia dealings and other illicit activity can pull in some quick cash, provided you’re willing to set aside your sworn duty to uphold the law. The story is told in vivid, comic-style cutscenes with solid voice acting backing up each of the game’s major players and creating a surprisingly deep and compelling tale.

What impresses me most about This is the Police is how well it all flows together. With a choice-driven story, daily station management, and ongoing requests and investigations, it’d be pretty easy for the game to fall short somewhere, but every single piece feels fully fleshed out. The daily grind is a smoothly-running sim game backed by a fantastic jazz-heavy soundtrack, and the story sequences are compelling, well-written, and fantastically voiced.

All things being equal, I’m hard-pressed to think of a game that more exceeded my expectations than This is the Police. A fully-formed, engaging story that’s tied together underneath a solid and demanding simulator game is certainly something I’ve never seen before, and it’s all handled excellently. The game’s more sensitive content, including references to abuse, homophobia, racism, and more may make it tough for some to enjoy, but even these elements are handled in a way that fits the game and its themes. You can save 10% on the game’s normal $14.99 price on Steam through August 9th, and I sincerely urge you to consider it.