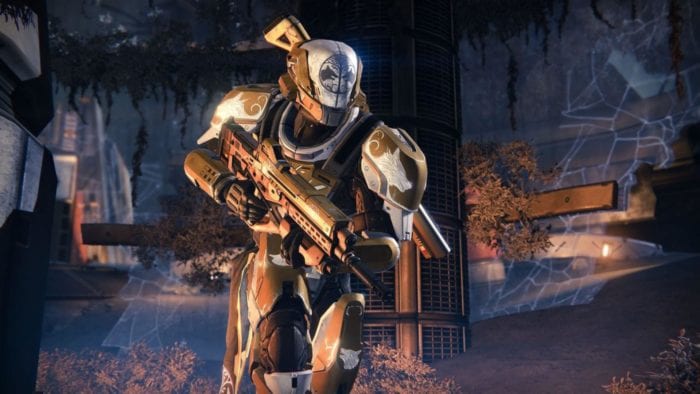 There are few things Destiny players enjoy quite as much as having enough space to store all that hard-won loot. Though rumors circulated last week suggesting Destiny: Rise of Iron will not see an increase in player vault space, Bungie has now clarified that point.

Speaking with IGN in regards to the question of whether or not the upcoming expansion will see an increase in storage, Rise of Iron Senior Producer Scott Taylor explains, “Not on day one.” Continuing, he adds, “If I open my phone right now, we’re working on solutions that make that a good experience… We’re working on it.”

Though far from a concrete answer, fans can rest assured that Bungie has not forgotten the hording, gotta-collect-it-all mentality at the heart of Destiny. Adding new weapons, gear, and now even special effect artifacts and exotic weapon customization options, there will be plenty to look forward to when Destiny: Rise of Iron releases Sept. 20 for PS4 and Xbox One.

For those looking to catch up, Bungie recently revealed Destiny- The Collection. Including the original game, Dark Below, House of Wolves, The Taken King, and Rise of Iron, the collection releases Sept. 20 as well.