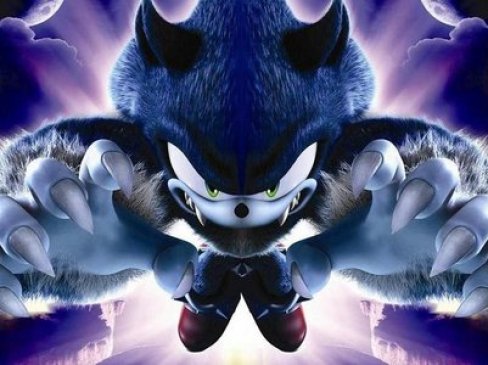 Sonic’s become a lot of things over the past 25 years, from hoverboard racer to rock star to an Olympic champion, but none quite as head scratching as a “werehog.” At the beginning of Unleashed, the Chaos Emeralds go grey because they’re drained of all their power, turning him into the furry thing you see above. But the word “were” means “man,” which he clearly isn’t, so “wolfhog” would be the more accurate word.

Inaccurate name aside, the Werehog also has the ability to stretch his arms super far (no idea why). It’s these moments as the furry blur where Unleashed stumbles, turning the game into a God of War style action title that just doesn’t merge well with the classic running segments. Maybe if it was its own separate title, it’d do well, but that’s unlikely to happen any time soon.

Shadow Got His Own Game 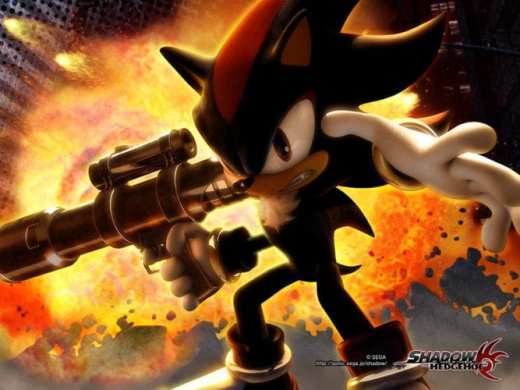 Sonic has a lot of supporting characters, and one of the most famous is Shadow the Hedgehog. Just everything about him seems specifically designed around being the anti-Sonic: he’s serious, he uses guns, and really only has one friend, and she’s currently dead. He may have originally shown up back in 2001, but he may as well be from the ’90s, because everything about him screams “EXTREEEEEEEEEEEME!!!”

Nowhere is this more apparent than in his solo game from 2005. In his quest to learn more about his mysterious past (because of course he has a mysterious past), Shadow goes up against the G.U.N.  organization, or the Black Arms aliens, depending on his alliance. The dark tone for the game didn’t win people over, and even if it had, the controls weren’t all that great and led to many moments of frustration. If you’re a fan of the game’s rock soundtrack, have fun hearing it as you restart a level thanks to Shadow’s homing beacon attack. But the worst part of all, besides how hard it tries to sell itself as “edgy,” is that there’s 11 endings. That’s ridiculous, especially for a game that’s not all that fun to begin with. 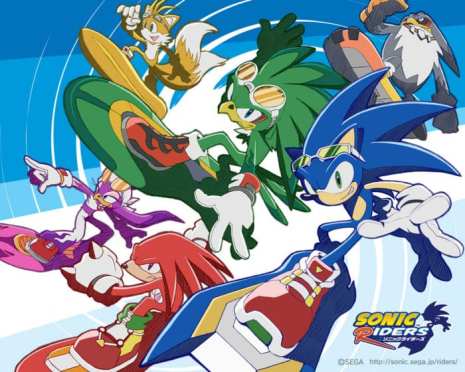 Sonic goes fast, that’s literally his entire shtick. You would justifiably think that this would endear him to racing franchises, which is what we got with multiple series over the years. Nothing wrong with that, but the weirdness comes from the late 2000 era of racers starring the Blue Blur, where he ends up having to use boards and cars to do the racing instead of his own two feet.

It makes some amount of practical sense; if you can run super fast, you probably want a break to give your legs some rest, and you also want to make the races fair for the other people who aren’t as fast as you. Let’s face it, if anyone that’s not already a hedgehog joins the race, they’re gonna get extremely creamed. But not helping is that the quality of all the racing spinoffs have been all over the map–the Sonic & Sega All-Stars titles have received mostly positive reviews, while the Sonic Riders trilogy, not so much. Though to be fair, everyone in Riders also looked like dorks with their stupid goggles. 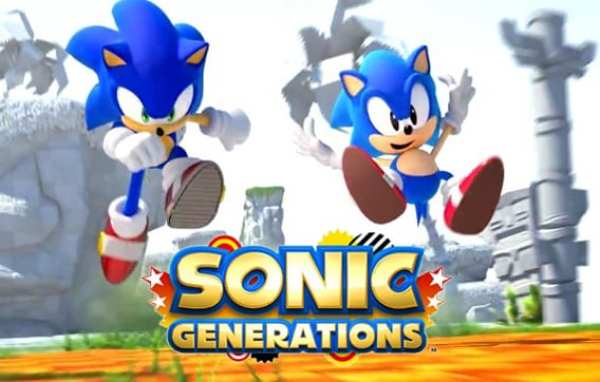 You know what they say, sometimes, you have to go back to your past. It’s the past that’s kept Sonic in the hearts of many for so long, even as his recent adventures haven’t been the best they could be. In 2011, SEGA released Sonic Generations to show how far their mascot had come, and as a celebration of 20 years of going fast.

Generations, when all is said and done, is probably the best recent game in the series. Controls may not always work, and the framerate can chug, but overall it’s a fun title. But there’s something just really jarring about watching the two Sonics in cutscenes and promos. Instead of one of those “before/after” pics, it’s like seeing the Bizarro version of the character. Fat, Classic Sonic looks weird standing and conversing with the noodle-limbed Modern version. Not a deal breaker, but still off-putting. 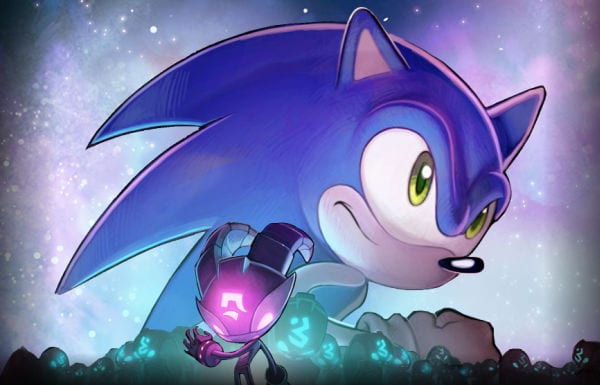 Yes, Bioware makes great games, as their track record has shown. Whether you came to know them through Knights of the Old Republic, Mass Effect, Jade Empire, or Dragon Age, the studio has proven their greatness for years and will continue to do so for years to come. But with that in mind, the idea of a Bioware/Sonic RPG is more than a little perplexing. In fact, if you’d just woken up from a coma you’ve been in since the 90s, you’d wonder if you hadn’t just woken up in some sort of alternate reality.

That’s not to say that the game is bad, it actually turned out to be pretty good, and the weirdness of its concept actually ends up working in its favor. For veteran RPG players, the game will be a bit of a joke in terms of depth and difficulty, but it’s not a bad entry to the genre for your kid or very younger sibling. It still looks good visually, even to this day, and the story is engaging enough that they’ll enjoy it. It’s a shame that this came out right around the time that Bioware got acquired by EA, because a sequel would’ve been genuinely interesting to see. 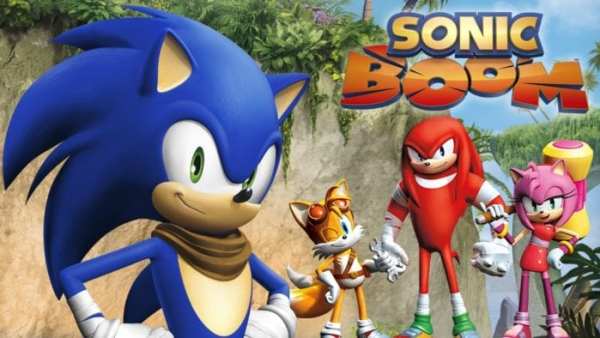 Sonic the Hedgehog is one of the last properties in gaming that demands a reboot. It’s not like he’s got any tangible continuity that spreads throughout the games like say, Mass Effect or Halo, and one could understandably think that the games were largely unconnected overall. But someone at SEGA thought otherwise, which is why we got Sonic Boom, a reboot that was fully intended to get people interested in the character itself rather than the brand. (And for some reason, everyone’s hands are taped up). To that end, there’ve been two games that released at the same time: Rise of Lyric for the Wii U and Shattered Crystal for the 3DS, along with a CG show on Cartoon Network that has a second season coming later this year.

Weirdly enough, it’s the cartoon that’s done the best out of the three. Critics slammed both the games (Lyric more so than Crystal), and both are currently the lowest selling games in the franchise. Yikes. There’s another game coming out later this year called Fire and Ice, but no one seems to be looking forward to that…ah well, at least the toys are selling.

For reasons lost to history, cartoons based on video games were a thing back in the 1990s. Earthworm Jim got a cartoon, Mega Man got a cartoon, even Rayman and Q*Bert did. Sonic somehow ended up with four over the course of a single decade, and of them, Underground is definitely the most memorable, if only for just how different from the others it was.

Our story here–and just to stress, this is all completely true–is that Sonic and his two younger siblings, Manic and Sonia, were separated at birth because Robotnik overthrew their mom, who was the queen of Mobius. Together, the three of them will one day form the Council of Four (yep, you read that right), but also have to deal with Robotnik’s robot army and work together as an underground rock band called, you guessed it, Sonic Underground. Weirdly enough, the theme song was really good, as you can see above. But the weirdest part of it all? Well… 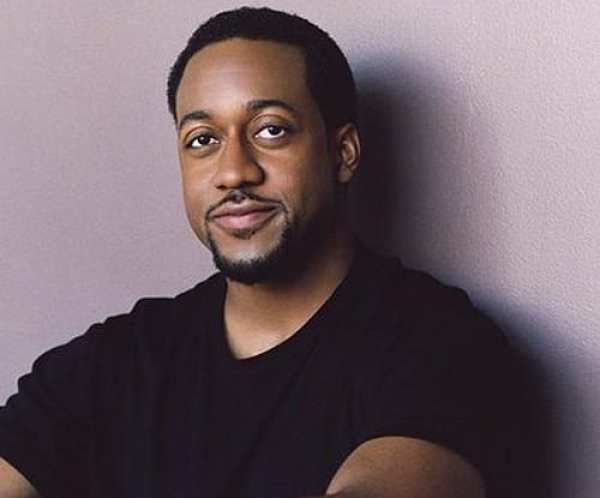 Hey, so remember Jaleel White, the dorky kid from Family Matters? Yeah, well, he voiced Sonic for the Underground series, along with his siblings, Manic and Sonia. Yeah, for real, and he actually voiced the character for a while: not only for Underground, but for the two shows that preceded it in the early ’90s.

As far as voice acting discoveries go, it’s right up there with learning that Reaper from Overwatch is voiced by Bloo from Foster’s Home for Imaginary Friends in terms of “wait, really?!”. One can only imagine how young viewers who watched him as both the Hedgehog and Urkel felt, because they got a double dose of him every week. Sadly, White hasn’t done voice work for any of the games, even though at this point, he may as well. It’d be a cute Easter Egg.

Pretty Much All of Sonic ’06 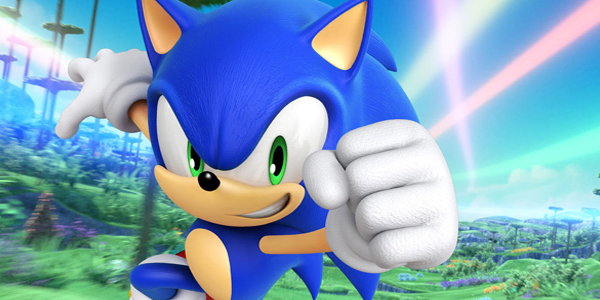 Okay look, we’ve covered this before, but man: Sonic 2006 is not a good game. In fact, depending on your outlook, it’s the worst game in the series, and the start of its decline to what it is now. There’s a lot of things wrong with it–the glitches, loading times, the awful camera, and on and on. But none of it is as bizarre as its storyline.

As other critics have pointed out, it’s written pretty ridiculously, and few of the characters are interesting enough to keep you invested. If you’ve got a need for ridiculous melodrama involving animals, this will be your jam. If you’re not one of those people, this isn’t gonna win you over, especially when the whole interspecies romance between Elise and Sonic comes into play. Just…yikes.

Whatever the Heck Happened at Comic-Con

Last weekend saw the announcement of two new entries to the Sonic series. But before everyone got to have collective heart attacks at seeing all that, they were treated to a 25th Anniversary event that included a lot of things. The disastrous live stream of the event has already received damage control, but man, this really was one of those things that you had to see to believe. If you didn’t watch the stream yourself, you may have thought everyone was having a shared hallucination.

It was like SEGA had suddenly emerged from the cocoon they’ve been staying in for the past two decades, bearing gifts that they’ve been saving just in case. A Crush40 concert? Check. Sonic/Hello Kitty plushies? You got it. A guy in a Sonic costume doing the Nae Nae? Yep, that was there, too. One day, historians will look back at this event from 2016 and wonder just what the hell was 2016.