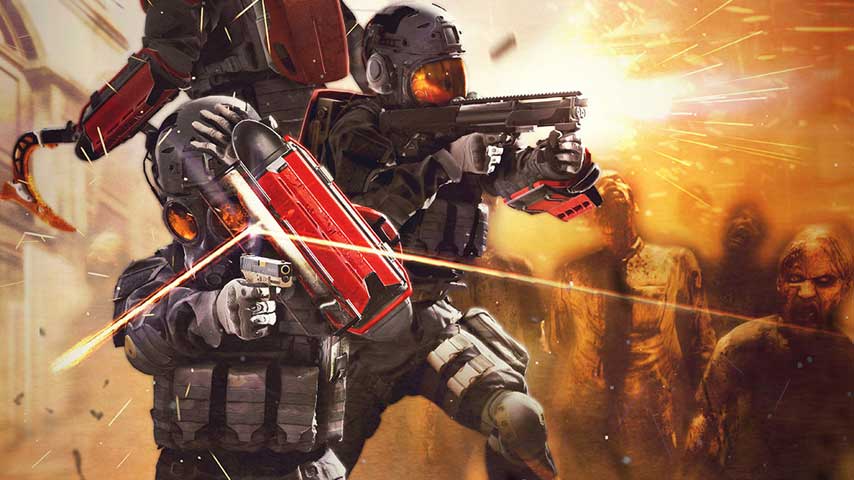 A few years ago, Capcom and Slant Six made a third-person shooter Resident Evil game called Operation Raccoon City. It followed a group of Umbrella operatives who were placed in a ‘What if?’ scenario of the titular incident. The gunplay and animations were wonky, the story was nonsensical, and the multiplayer aspects of the game could be fun if you had people to play with, but was mediocre at best. In the eyes of longtime series fans, Operation Raccoon City was a failure, but I’m starting to think Umbrella Corps just might be a bigger travesty than that game was.

As a discounted game, you probably shouldn’t get your hopes up for the content Corps has to offer. This is essentially a watered down version of Operation Raccoon City, in which you take control of an unnamed Umbrella Operative and shoot things that are standing in your way. After a brief tutorial to get you acquainted with the controls, you can choose to jump straight into the online multiplayer modes, or check out The Experiment, which is the ‘single-player mode.’

I put ‘single-player mode’ in quotation marks because I’m not sure it can even be called that. The Experiment is simply a long string of same-ish missions that put you through a handful of maps, shooting zombies and other monstrosities you’ve encountered in past Resident Evil games. The first six missions task you with the same objective: collect DNA samples, which basically means shoot 20 zombies and grab the loot that falls off their bodies. This wouldn’t be so bad if the first six missions didn’t force you into the same exact map each time, with little variation in your weapon loadouts.

Once you get past the ‘collection’ phase of The Experiment, you get to tackle more ‘complex’ objectives, like standing in a zone for a few seconds until you capture it while killing dogs at the same time. The variety of maps is very limited, and my interest in The Experiment quickly waned as I approached my second hour of playtime. I should also mention that you don’t unlock any significant rewards for playing The Experiment. Aside from an Umbrella decal you get to stick onto your character, you can’t gain experience points or levels from playing this single-player mode, which makes me question: why would anyone bother with this then? 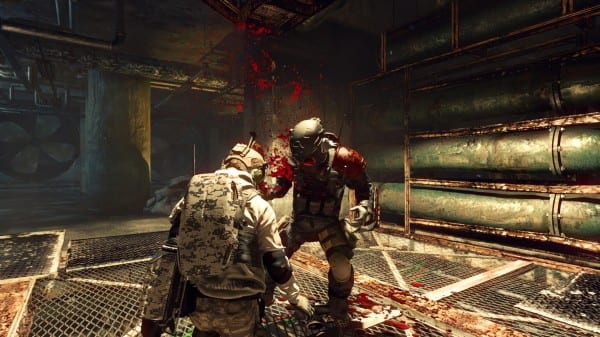 Thankfully, the online multiplayer modes were a little more entertaining, though judging by the state of The Experiment, I guess that’s not really saying much.

Umbrella Corps comes with two online modes: one-life, and multi-mission. One-life is simply this game’s version of team deathmatch with no respawns. You join a game of three versus three, and you hunt each other down. The team that manages to completely annihilate their opponents wins. Multi-mission is a little more interesting; in opposing teams of three, you’re allowed to respawn, but the game’s objective changes with each round. You could be tasked to collect DNA samples (yay) in one round, engage in team deathmatch in the next, and then attempt to steal a briefcase from your enemies in the final round.

Aside from an inconsistent frame rate and really choppy animations that come with trying to scale a wall or get into a cover, the multiplayer modes actually aren’t all that bad. You’ll get to play with maps taken straight out of older Resident Evil games, including a really gorgeous rendition of the Raccoon City Police Department exterior from Resident Evil 2. Though it’s a little annoying to see Capcom reuse the same zombie animations from Resident Evil 4 while playing on the Spanish village map, the online modes do provide some good fun, especially the multi-mission modes which switch up your objectives every round. Just remember to always play ranked matches; the public matches don’t give you any experience or rewards at all – another questionable design choice.

As you rack up experience points and levels from playing ranked matches, you’ll unlock tons of customization options for your character. I’ve had a lot of fun picking and choosing my preferred submachine guns, outfitting them with special suppressors, and unlocking new dot sights for them. The one thing that Umbrella Corps does right is the number of options you get just in weapon variety – there’s something for every play style, and this actively encourages players to play more, just so they can unlock even more parts. 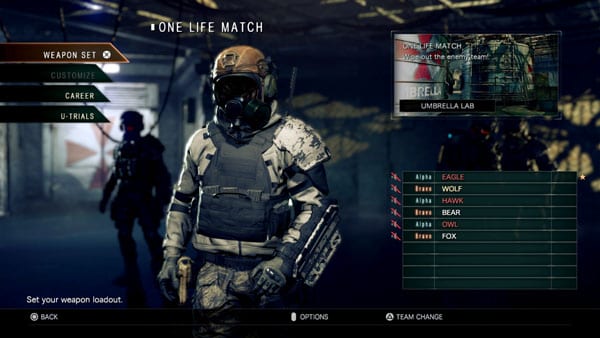 I wish I could say more about this game, but unfortunately, that’s really all there is to Umbrella Corps. Aside from two online multiplayer modes that can sometimes be fun – and this is assuming there are even enough people on the servers to fill up a lobby – Umbrella Corps doesn’t offer much outside of that. The Experiment is a joke of a single-player mode that feels lazy and uninspired and doesn’t feature a co-op mode so you don’t have to slog through it alone; also, there’s really no reason to bother with it at all, considering you don’t earn any experience points from it. The two online modes are all right, but just two modes alone aren’t going to keep your attention for very long either.

Umbrella Corps feels like a missed opportunity. Looking at how fun and well-implemented the latest Raid Mode was in Resident Evil Revelations 2, Capcom could have made an entire game that was dedicated to nothing but that one mode, and that game would still have been more fun than what Umbrella Corps is now.

If you’re in the market for a good team-based, third-person shooter game, look elsewhere. You can certainly find better shooter games that aren’t plagued with sticky cover mechanics and awkward animations. And if you’re looking for the next terrifying Resident Evil game to satisfy your zombie-killing tendencies, this isn’t the game for you either; Umbrella Corps is simply a mediocre third-person shooter hiding under a Resident Evil skin.