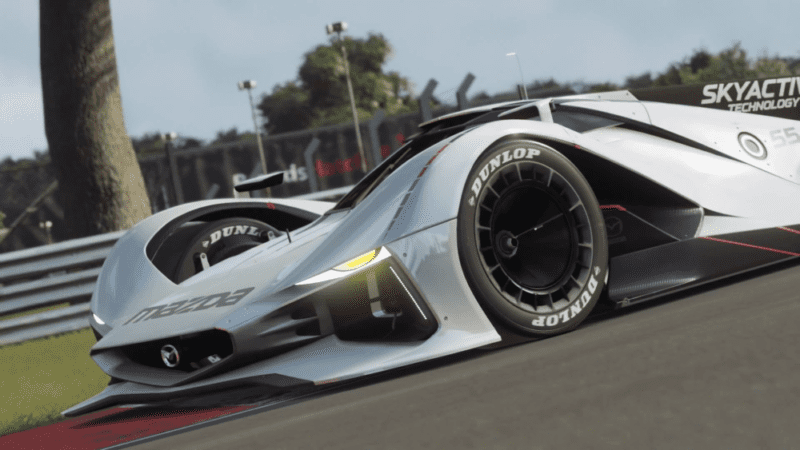 There’s something about the rev of an engine as your entire vehicle pulsates around you that helps you to forget the world around you. There I was, sitting in the middle of the E3 2016 show floor, surrounded by the hustle and bustle of press meetings, fans looking to try new games, and music blaring from other booths and demos, but I couldn’t be bothered. I sat there in my Audi R8 making sure everything was in order and revving my engine in excitement, my fellow demoers doing the same as we awaited the green light on our race.

For the hands-on demo, Sony built chassis with driving wheels and gaming chairs to give the sensation that players were really in the middle of a high-speed race. You hopped in, chose your vehicle, and waited for the fun to begin. Before the race got off to a proper start, I was able to practice a bit. GT Sport maintains the strict simulation of previous Gran Turismo games, relying on proper maintenance of speed and car position. A slight miscalculation could send you spinning out of control, left behind by your competition as you figure out how you and that beautifully rendered wall have become such close friends. Practicing helped me feel comfortable with the much more responsive drive, and I thought I was properly prepared for a race against my peers, but nothing could ever get you ready for going against 11 other players who are just as hungry for a victory as you.

As soon as the race began all of that clean driving went out of the window. Everyone was vying for the top spot so it was necessary to weave in and out of race traffic in GT Sport which is where its gameplay shines. Having to carefully steer through tracks, keeping an eye on your mirrors for competition and deciding to race dirty or clean while also adhering to real-world physics. That tension helps to keep the races exciting as tracks speed by.

The visuals were stunning, showing that the jump to the current gen was definitely what the series needed to keep up with the competition. I didn’t get to experience any weather, though, so while everything was pretty, it was very clean and safe. Dynamic weather isn’t a thing in GT Sport but the devs did say that you could experience pre-set weather during races, something I had hoped to witness with my own eyes. As things stand for now, the game is very crisp and the car models look as if they were plucked right off of the road. The level of realism really helped drive the experience right alongside the tight physics and mechanics.

It’s been a long time since I’ve played such a tight racing simulation, and the fact that the last Gran Turismo decided to stay back on the PS3 left the PS4 barren in that regard. Arcade racers are cool and all, but the contrast offered by something more grounded in reality is definitely appreciated.