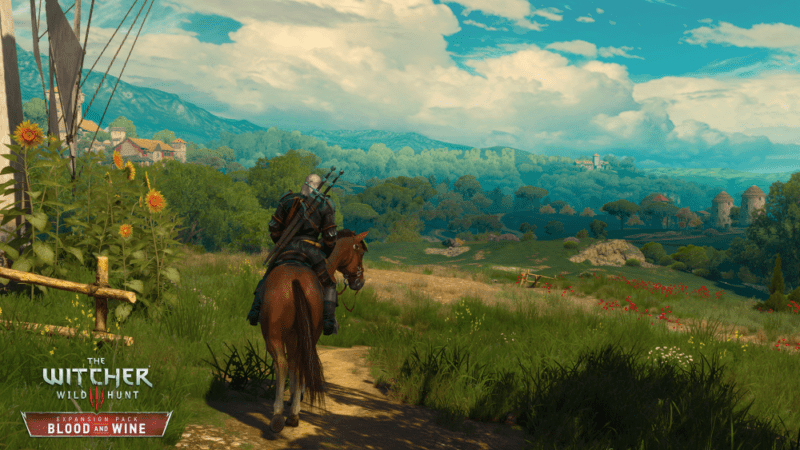 Blood and Wine, the highly anticipated final expansion to 2015’s The Witcher 3: Wild Hunt, is one seriously large collection of content. Just how large? Well, it depends on how you look at it. One of the most common ways to look at how large a new game or expansion is to look at how long it takes. With Blood and Wine, the answer isn’t so simple thanks to the nature of open-world RPGs, but we’re going to answer that to the best of our ability by looking at it from a few different perspectives.

For those who plan on just running through the main story content, you’re looking at a solid 7+ hours. The time depends on how good you are at the Witcher plus what choices you may choose as there are points where the story diverges and you’ll have to complete different objectives. If you go back and replay just the story to experience those differences, you can greatly increase those 7+ hours.

If you want to do the main story plus the side quests that open up the new mechanics, such as Mutations, that total rises to around 10 hours for a single playthrough.

For those who want to do absolutely everything that Blood and Wine has to offer, the time increases dramatically. There are over 90 quests in total including story, secondary quests, Contracts, and a bunch of Scavenger Hunts for things like new Witcher gear. Add to that over 40 new Points of Interest, and an entirely new Gwent deck to unlock and you’re looking at around 40 hours for skilled players. Up the difficulty and that time can increase even more.

Essentially, Blood and Wine is as large as a standard RPG with plenty of wiggle room for extended play. A dynamic world, loads of new open world activities, shiny new baubles, and more people to challenge to a game of cards. Basically put, your $20 (if you buy the expansion outside of the Expansion Pass) will be going a long way.