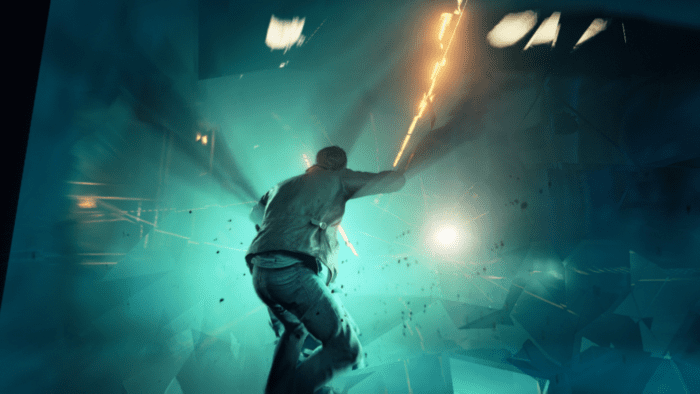 The success of Remedy’s narrative gamble with Quantum Break has led some to compare it to one of the competition’s deepest releases to date: The Last of Us. Naughty Dog’s take on a viral outbreak that brought on an apocalypse to the world was lauded for its gripping tale and painstakingly detailed characters. Ellie and Joel brought to the forefront a relationship that was centered on tragedy but never went so far as to be so overly dramatic that it alienates the average player. It was something most could feel and relate to. It went on to win tons of awards for this reason alone, making it a game that any release would be proud to be compared to.

Unfortunately, the comparison isn’t exactly fitting. This isn’t a shot at Quantum Break’s story in the slightest. Check out our review and you will see that the detailed story and characters were the strongest features of the game. As deep as Quantum Break’s story can be at times, however, its gameplay is anything but. It’s a fun romp through fast-paced battles where you get to light up the screen with stellar effects. The Last of Us made sure that the gravity of the situation never took backseat to any other feature in the game. Combat was visceral and gritty, traveling was filled with a sense of constant dread, and every area provided multiple paths that added tension to every moment. To put it simply, The Last of Us’ gameplay was also a part of the story, there was no disconnect.

Another major difference between the two games is the transforming narrative. While The Last of Us delivered a heart-wrenching story throughout the experience, it was very much Naughty Dog who guided the way, even if you chose something different at the end. Quantum Break, on the other hand, allows players to shape the game after Act 1 during Junctions. This creates something a bit more loose in terms of the adventure.

This brings Xbox One’s latest AAA title more in line with an altogether different Sony exclusive: Infamous. Sucker Punch’s take on heroes and villains matches up nicely with what Remedy has created. An individual imbued with powers that is left making choices that alter the future is something both can definitely relate to. The latest entry in the Infamous series, Second Son, even has points that play out quite similarly to the Junctions in Quantum Break.

Even the taglines have the same focus. “Time is power” has been tossed about to create hype for Quantum Break, while “enjoy your power” left fans waiting to tear up Seattle within Infamous: Second Son. These notions also tied directly into the gameplay that ensued. During combat in Second Son, players had a slew of options available to take down enemies. And, although the fights could occur in random places, the flow of the encounters was predictable. Like in Quantum Break, the overbearing threat of the impending future was put aside during the fun fight sequences.

Quantum Break, like Second Son, is a game that straddles two sides of a precarious fence. On one side is the highly detailed story, one that takes you through time and allows you to see the crumbling world from multiple perspectives. Yet, it is challenged by gameplay that is decidedly focused on fun and power. With that being said, it can never be all fun or all deep. Like Infamous, it offers something for fans of both.

Don’t worry, though, this in no way makes Quantum Break’s experience a detriment. The Last of Us was great because it was its own thing. It wasn’t trying to be anything else but a great story that wanted to make everyone who played it feel something. While Quantum Break may not be the Xbox One’s very own The Last of Us, that doesn’t detract from what Remedy has created here. It is still something great in its own right.