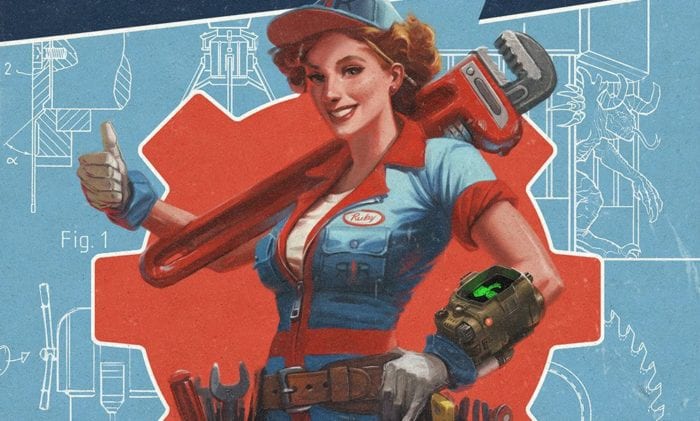 Fallout 4 brought so much content with it back in November last year that there’s a good chance you still haven’t seen everything that it has to offer. Yet this week, Bethesda continued its post- launch plans for the game and released its second bit of extra content. With the praise for Fallout 4’s Automatron DLC still echoing around the internet, all eyes turned to Wasteland Workshop to see if it could continue the excellent add-on content for Bethesda’s 2015 titan. Unfortunately, Wasteland Workshop doesn’t bring quite enough to the workbench to receive similar resounding praise.

Wasteland Workshop focuses entirely on the rather divisive, but completely optional, settlement building feature from the base game. Heading in almost the complete opposite direction from Automatron, there are no new quests, characters, or exciting weapons in this DLC. Instead, Wasteland Workshop simply bolsters the already large number of craftable items for your settlement with even more. While this might not sound like it’s worth the price tag right away, there is one neat new addition that may pique your interest a little. Not only can you craft everything from Camp Fire’s to Cat Bowls, you can also design and set cages to capture the many creatures of the wasteland, and set them against one another in your very own arena. Told you it got better!

While the new craftable items to improve the decor of your settlement is sure to keep those players who love to get creative with their settlements, the creature capturing and fighting aspect is what Bethesda obviously hopes will make people give the system another try. After all, who doesn’t want to capture and tame a Deathclaw or set it against a Yao Guai or Mirelurk? The issue here is for you to truly get the most out of the DLC, even for this monster battling aspect, you’ll still be required to at least slightly enjoy building up your settlement.

In order to capture the creatures of the wasteland, you’ll need to build cages. These are built just like anything else you build in your settlements around the wasteland. Your cage will require a number of different materials, namely steel and wood, and then some bait to lure the creature you’re after. While you’ll more than likely have plenty of steel and wood available, some of the larger cages also require extra materials such as gears. Once you’ve built up your cage, all you have to do is give it a source of power to ensure the door closes and traps the creature, and play the waiting game. According to the in-game tutorial, you can expect to find a monster waiting inside your cage within a week of in-game time. Check back every so often and hopefully, you’ll find a creature just waiting to be tamed, or set against one another in a battle to the death.

The drain on your resources continues with the Beta Wave Emitter. This is pretty vital if you want to tame animals and have them as an additional defensive feature of your settlement. In order to build a Beta Wave Transmitter, however, requires resources such as Crystal, Circuitry, and Aluminium, all of which are pretty handy for upgrading weaponry and armor. It’s only when you start to properly explore these new features of Wasteland Workshop that you start to see a bit of a problem rearing its head.

If you still have plenty of stuff left to do in the wasteland, you’re probably not going to want to use these resources on building a couple of cages for an optional feature to the game, and would rather use them to upgrade weaponry and armor. Heck, you might not even have the materials and so before you can even properly get into the DLC you’ll have to go scavenging across the wasteland to find them. Setting up the cages and the arena (we’ll get to this in a minute) felt like more of a drain on resources than it was all worth. Not to mention if you’re not all that good with building structures, then the amount of switches, generators, and other specifics required to get a fight safely underway can get a little frustrating.

So, when you’ve built a cage and captured any one of the many animals on offer, from a Deathclaw to a Molerat, you can then have them fight it out against one another or your settlers. This is the greatest addition that Wasteland Workshop has brought and is likely going to tempt some players who were on the fence about the settlement building feature to try it out again. But as previously mentioned, it’s a bit of a pain to set up. In all honesty, it took me a pretty long time to get something that even slightly looked and worked like an arena together. It wasn’t an issue of me not knowing what to do either, as the instructions were pretty simple. It was more the fact that the crafting system can be a bit cumbersome when trying to build up your arena. If you’re someone with a mind for planning and you enjoy spending the time creating spectacular buildings then you’ll probably enjoy this, however, it just isn’t enough to change your mind if you were lukewarm on crafting from the start.

Even after I had spent a good bit of time building my arena, I had issues getting the settlers into the arena and locked in without the fight breaking out in the middle of the settlement. This problem comes down to the fact that you have to assign settlers to different colored platforms if you want them to partake in a fight. However, as soon as you tell them to head over to the platform, they’ll turn hostile on any opposing colored team or creature you have in your settlement. Therefore, careful planning and movement of settlers come highly recommended.

Once you’ve finally got an arena set up, creatures captures and a Beta Wave Transmitter to ensure a Deathclaw doesn’t go on a rampage through your settlement, the addition extras that Wasteland Workshop brings are enjoyable and watching a fight unfold between a Deathclaw and a Yao Guai was just as entertaining as it sounds. My settlers had gathered around and were cheering, but the path to this point just felt all too arduous.

In terms of the extra items for your settlement, the DLC brings a new super-powered generator, the ability to mount beast’s heads on your walls, concrete building options such as floors and walls, neon signs, and more, settlement building fanatics will be delighted with these new additions. However, ultimately, it’s difficult to escape the same single recurring issue with Wasteland Workshop. The additional items will only be enjoyed by those who like settlement building. Crafting cages is straightforward, but to properly get the most out of this feature, you’ll need to enjoy the building feature, and if you suck at crafting, then it certainly won’t appeal to you.

Following on from Automatron was always going to be tough. The previous DLC gave us what we assume to be a taste of what’s to come in the much larger DLC, Far Harbor. Yet, even with this excellent act to follow, Wasteland Workshop was never going to wow players because it builds upon an already divisive feature of the game. More crafting content and a fighting feature that requires you to sink more resources and time into your settlements just aren’t entertaining if it’s not what you play Fallout for. If you’re all about settlement building then Wasteland Workshop will be right up your alley, but ultimately, these new additions aren’t going to change anyone’s mind who wasn’t already a fan.