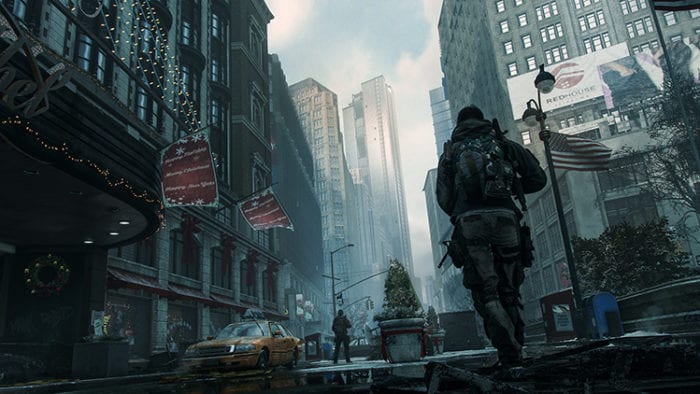 You’ll probably hit level 30 before you even get around to completing all of the story missions that The Division has to offer. Before you start running off to the daily challenge missions, however, I’d highly recommend beating the campaign first. This will unlock important missions for farming on hard mode, and also reward you with a High-End blueprint that will help you out a lot after hitting level 30.

Upgrade Your Base of Operations

If you’ve been completing the story missions and side missions, your Base of Operations should be pretty close to getting maxed out. If you haven’t fully upgraded all three wings, I suggest completing all of the encounters available in each area. These will reward you with medical, tech, and security supplies necessary to upgrading those wings.

By upgrading the Base, you will unlock even more skills, talents, and perks that will make your character stronger. The Division’s endgame isn’t particularly forgiving, so you’ll need every advantage you can get here.

Get Rid of Your Blues

When you reach level 30, chances are, you’ll still be decked out in a bunch of blue gear. Before you hit the Dark Zone, you’ll want to replace these with better purple gear at least. Thankfully, The Division does give you a couple of fairly reliable ways of farming for purple gear.

Firstly, you can run the final story mission, General Assembly, multiple times. If you run the mission on hard mode, you’ll be rewarded with a good amount of purple gear each time you complete the mission. Continue this process until you find enough decent purple gear to replace all of your blues.

After hitting level 30, you’ll also be able to tackle daily hard mode missions. Your goal here isn’t to farm for purple gear, but rather, to get Phoenix Credits so you can purchase Superior (and High-End) blueprints from special vendors. You’ll also get purple drops from running the hard mode dailies, but General Assembly’s your best bet if you’re just focusing on replacing the blues.

Do the Daily Challenge Missions

After your character is all decked out in Superior purple gear, you can start trying your hand at the daily challenge missions. These are much more challenging than the hard mode missions you’ve been tackling, so you’ll want to make sure you have decent DPS and health levels before going in. Of course, having full purples is a must, since those will give you the biggest stat boosts.

The daily challenge missions will reward you with one piece of High-End gear, and 20 Phoenix Credits. Here is where you can start grinding for even better yellow gear to replace your purple ones.

Check Out the Dark Zone

You can start hitting the Dark Zone as soon as you’ve replaced all of your blue gear, but it’s generally a better idea to go in once you’ve amassed a good amount of High-End equipment. As you rank up your DZ levels, you’ll unlock even more unique and more powerful High-End blueprints at the special vendors located in the Dark Zone safehouses.

The DZ level is capped at 99, so that’ll be your goal if you’re looking to get your hands on all the High-End equipment The Division has to offer. Be careful, though; should you choose to go rogue in the Dark Zone, and you end up getting killed by other agents, you’ll lose a significant amount of your DZ progress and will have to work your way up the ranks again.