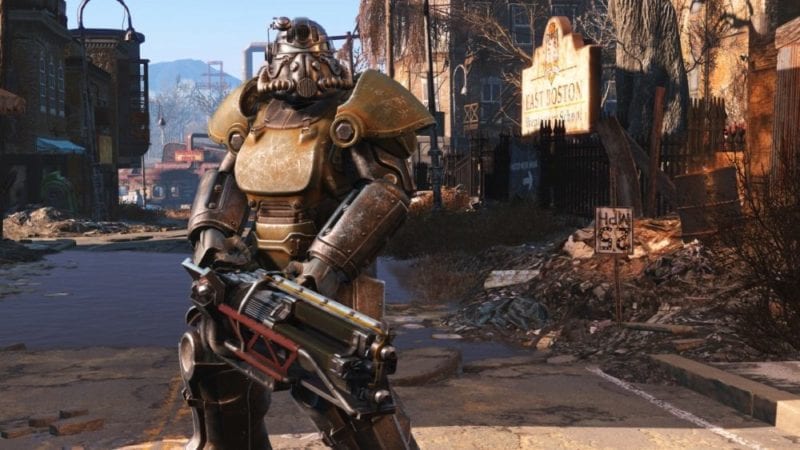 Bethesda is one of the biggest gaming companies around today, and rightfully so. Their Fallout and Elder Scrolls games are some of the best RPG’s around and it probably wouldn’t surprise you to learn that Bethesda has had multiple offers from studios to create a Fallout film.

In an interview with GI.biz, Todd Howard, Director and Executive Producer at Bethesda, explained why these offers have been turned down.

“We’ve had a couple of in-roads, particularly with Fallout, which is a bit stickier than Elder Scrolls, but everybody’s kind of asked and I’ve taken a number of meetings over the years and nothing quite clicked where I felt, ‘Oh, that would be as good as the game,'” he explained. “And that may happen. I don’t rule it out, but nothing really has clicked where–the games are popular enough and that’s their identity.”

It’s not that Bethesda doesn’t want a Fallout movie, the company just wants it to feel right. Fans will be pleased to learn that should a Fallout movie happen, Bethesda would insist on bringing its attention to detail to the film.

“I would say we have a pretty high bar as far as what we would want it to be if it ever happened and nothing’s quite clicked,” he explained. “Even little things like, ‘What does the vault suit look like?’ – every little thing we obsess over so the game is the thing where it really exists.”

Howard went on to acknowledge the fact that most video game films have been rather poor. Bethesda bought the rights to the Doom series in 2009, but a film was made back in 2005 that was pretty bad.

“You look at the Doom movie, which I’ve only been able to bring myself to watch part of; well, that’s not what I want people thinking of when they see Doom,” Hines said. “I want them thinking of what [Doom executive producer Marty Stratton] had up on stage [at E3] and what we want it to look like and feel like.”

It’s great to read that Bethesda cares so much about their games that they are weary of them being marred by bad film adaptions. Most video game films may have been bad so far, but this year may see that change. In June the Warcraft film is being released and in December we’ll see the Assassin’s Creed film. There have even been rumors that a new Tomb Raider reboot is in the works with Star Wars’ Daisy Ridley being eyed up for the role of Lara croft.

Would you like to see a Fallout film, or would you rather it remain a video game series?