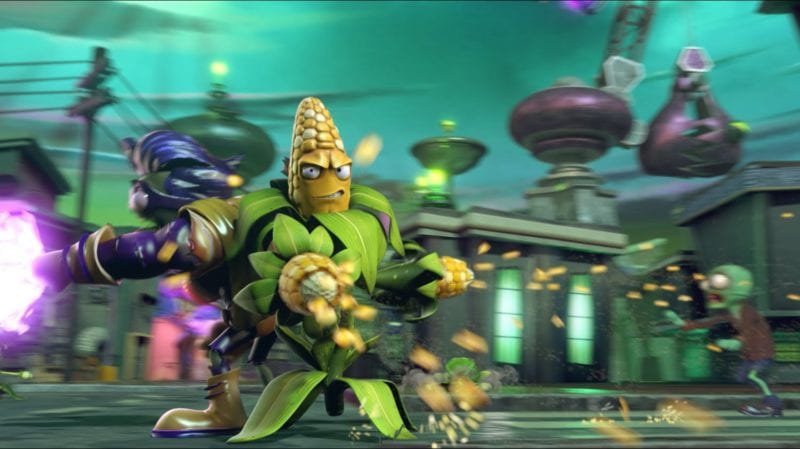 Stars make a return in Plants vs. Zombies: Garden Warfare 2, but they work quite differently than they did in the first game. Where in the prequel you earned them with each character in order to level up and earn new skills, they now are used to unlock other elements of the game.

You’ll need Stars to access the Gnomiverse in Infinity Time, and to use the Shooting Gallery that’s hidden in the sewers underneath Zomburbia. Stars will also unlock all of those chests hidden around which house cool customization items, consumables, and other goodies.

To earn stars, you’ll need to complete quests from the Quest Board found in either base. When choosing quests (you can hold five at a time in the beginning) make sure to check out their rewards. Plants and Zombies quests tend to give stars (ranging from 3-10 from what we’ve seen so far) and multiplayer quests seem to give coins more often than not. Pick the ones that you feel are doable and go crazy.

You can hold 200 Stars maximum. You will most likely be spending them as you go, and using them for the activities so don’t worry about earning too many too quickly. It will take days to reach the maximum, even if you decided not to spend any.

Now get those golden stars and unlock all of the secrets waiting for you in PvZ: Garden Warfare 2.

Resident Evil 3: How to Open Storage Boxes in the Police Station
Five Nights at Freddy’s: Sister Location – How to Get Three Stars