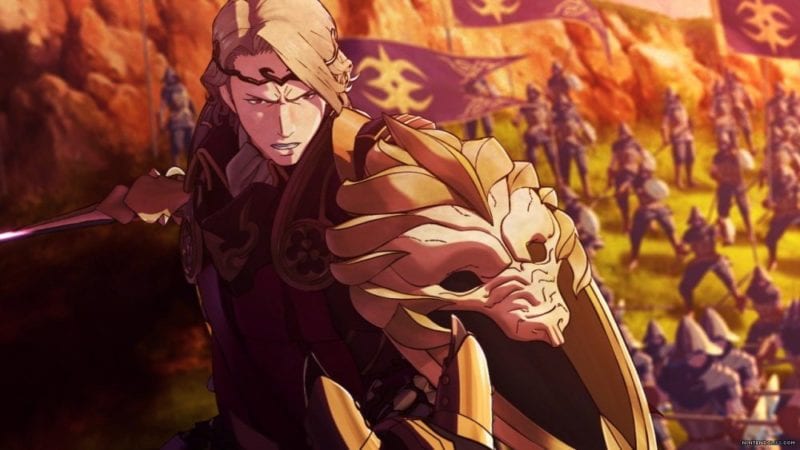 Let me tell you a little story. It’s a story about a young Nohrian princess battling against her evil father. She’s fighting for a noble cause, but she can’t do it without support. More specifically, she can’t fight the forces of evil without having a partner support her from the wings. Yes I’m talking about the special kind of support that you can only get from the wonderful S rank features in Fire Emblem Fates.

I’ll be honest; I started playing the Conquest version of Fire Emblem Fates first because A) I heard it provides quite the significant challenge, and B) the characters in this game seemed much more appealing. You have Xander and Leo, the two Nohr brothers that have been featured quite prominently in all the promotional material for the game. You have other interesting prospects, including Keaton the beast dude and Niles the callous archer. To put things more simply, my priority was to get my avatar hitched as soon as possible so that I could shape her and her husband into an unstoppable powerhouse on the field. That’s smart, right? Conquest doesn’t give you a lot of opportunities to grind for levels, so it’s better to decide on your pairings quickly and level them up as much as you can.

As my young princess continued on her quest for true love, she stumbled upon a dashing young chap who went by the name of Laslow. I thought he was interesting enough; he was flirtatious, but he had a more innocent side to him, and he was voiced by freaking Liam O’Brien. I also thought he seemed to be pretty similar to a character that I had also romanced previously in Fire Emblem Awakening (and later ended up regretting my decision) but I didn’t think too much about it. My character was in love, and that’s all that mattered. So they ended up getting married.

Things were great. I was getting good stat bonuses from the S rank support out on the field. Then I returned to my private quarters back at the castle, and things changed.

Just leave me. The hell. Alone.

Laslow was there. Waiting for me. Waiting to have some bonding time. It was sweet at first. My character was treated to a closeup of Laslow’s blushing face as he whispered sweet nothings into her ear. But then when I wanted to invite other people over to my quarters, I was hit with a nasty realization. Laslow never leaves my room. He’s always there. He’s always lounging on my bed. MY. BED. And he’s always present, whether or not I have guests over. Once, I invited my dear brother Leo over for some sibling bonding time. Leo took one look at me and Laslow, and made a snark comment about how he should’ve brought a book with him because Laslow and I always seemed to be in our own world. I was ashamed.

To make things worse, he also needed my attention whenever he was asleep or if he felt too hot and needed something to cool him down. I had to prod his face with my 3DS stylus, I had to blow into the built-in microphone. And when I couldn’t find the mic and ended up failing that mini game the first time, the game taunted me with a message: “Next time, blow harder.”

My young princess was tired of Laslow and his endless need for attention. To make matters even worse, she had started to form a real connection with Xander, her foster older brother. Xander was stern but kind, and he knew how to boost her confidence and give her the support she needed. My character came to yet another terrible realization: she had fallen out of love with Laslow. Had she even been in love with him in the first place? Or was she just in too much of a hurry to get married that she failed to see the other prospects available to her in the camp?

In Fire Emblem Fates, marriage is for life. You can’t break up with your partner or file for divorce. You can’t cheat on your husband with your older brother either. I tried. Now, every time I return to my private quarters, I know he’ll be there, waiting for me with those doe eyes. He will never leave, and my character will always have to live with that one, irreversible mistake. Well, until I restart the game, that is.