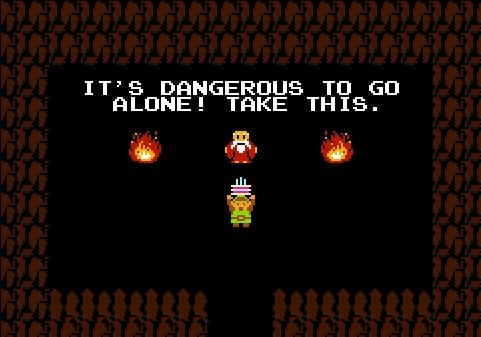 Today, The Legend of Zelda series celebrates its 30 year anniversary. The series has been part of many gamers’ childhoods, so what better way to celebrate this momentous occasion than by taking a look at 11 things that you may not have known about the game that started the series? But, before we forget, Happy 30th Birthday Link and Zelda! Oh, and Ganon too. 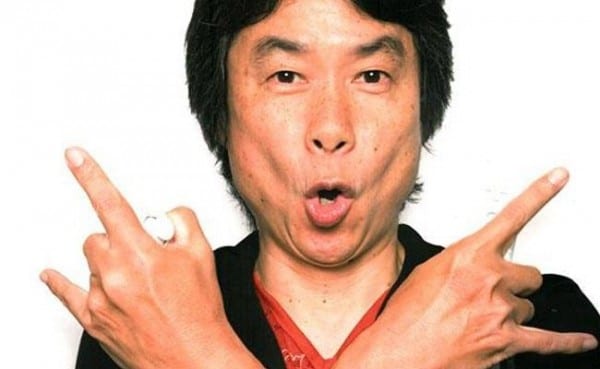 As a child, Shigeru Miyamoto grew up in the little town of Sonobe, Japan. Because he didn’t have many toys or a TV to keep himself occupied, little Miyamoto had to entertain himself by exploring the countryside. According to Miyamoto, he one day found a pitch black cave and the next day he returned with a lantern to explore it. He ending up spending his entire summer exploring that cave.

The wonderment he experienced during these childhood adventures formed the inspiration for The Legend of Zelda series. It was the sense of discovery, of not knowing what lied beyond that drove the series, and drives it to this day.

To think this series may never have happened if Miyamoto’s parents had bought a TV or, at the very least, supervised him a little more closely.

The Legend of Zelda started as a dungeon building game 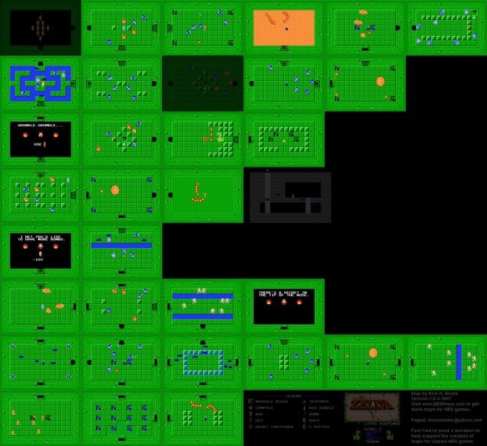 Whenever Nintendo makes a console they always try to make games that take full advantage of the unique features of  the hardware, hence the amount of forced motion control Wii titles. This habit actually dates back to The Legend of Zelda NES where Nintendo originally planned on making it into a dungeon building game.

The reason for this was because the Famicom Disk System used rewritable floppy disks.  Nintendo wanted to allow gamers to utilize this feature in order to make dungeons which they could then challenge their friends to clear. The company later dropped this idea, and the series started to become what it is today.

The Legend of Zelda was inspired by an Atari 2600 game

Zelda was named after Zelda Fitzgerald 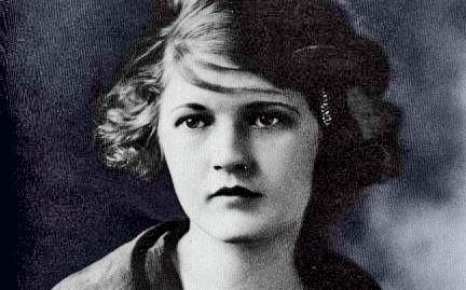 While everyone knows that Link’s design was heavily inspired by Disney’s version of Peter Pan (Miyamoto was a huge fan), did you know that Zelda’s name was taken from the wife of the author F. Scott Fitzgerald, Zelda Fitzgerald?

According to an interview Miyamoto had with Amazon.com “Zelda was the name of the wife of the famous novelist Francis Scott Fitzgerald. She was a famous and beautiful woman from all accounts, and I liked the sound of her name. So I took the liberty of using her name for the very first Zelda title.” 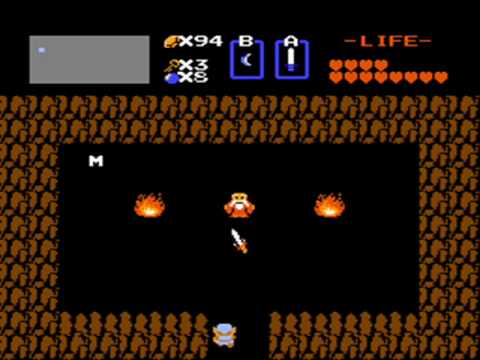 The original The Legend of Zelda title is famous for being an extremely confusing and hostile game. But did you know that you were originally supposed to start with the sword and this was the case throughout most of the games development?

However, problems began to arise when Nintendo decided to focus test the game. Testers revealed that they found the game too confusing. Miyamoto reacted to this news by taking away Link’s Sword, the player’s only form of defense. While this may sound like he was just being spiteful, his actual reasoning for this was to force gamers to talk about the game with their friends. It was his way of taking a challenging single-player game and making it lead to social interaction.

The Legend of Zelda originally had a time travelling storyline

In an interview with the french site Gamekult back in 2012, Miyamoto revealed that Orcania of Time wasn’t the first TLoZ title to include a time-traveling plot. Nintendo had planned to include a time travelling storyline in the original The Legend of Zelda title. In the original plot, Link would have been travelling back and forth from present day Hyrule to the future, and Link’s name actually comes from him being a link between both timelines, which is pretty cool.

Miyamoto also revealed in the same interview that because of this storyline, the Legend of Zelda originally had a lot of technology in the game. One of the biggest examples being that the legendary Triforce was originally supposed to be a set of microchips. 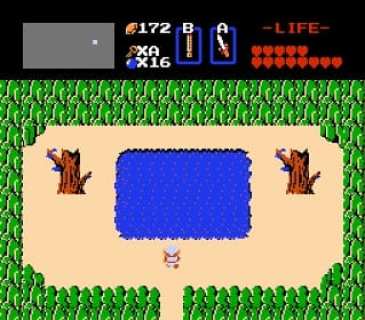 The Legend of Zelda’s Second Quest mode is an additional quest that can be unlocked either by completing the game once or by entering ‘Zelda’ as your username. This mode revamps the entire game by changing the dungeon layouts, having different weapon orderings, and more. But it turns out that this mode was only possible because of a mistake made in development.

According to the original game’s coder, Toshihiko Nakago, in an Ask Iwata section that was later taken down:

“I created the data exactly in line with it [the map], but then Tezuka-san made a mistake and only used half of the data. I said, ‘Tezuka-san, there’s only half here. Where did the other half go?’ and he was like, What?! Oops, I messed up…’ But Miyamoto-san said it was fine just like that. So, using the half of the memory that was left over, we decided to create the Second Quest.”

It’s amazing how one of the most iconic alternate modes in a video game was created completely on accident. 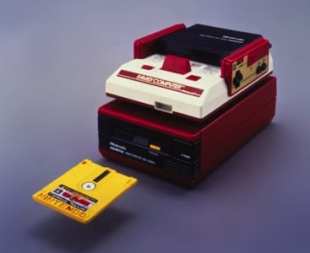 The Legend of Zelda was one of many games that was released for the Famicom Disk System instead of the NES in Japan. The FDS was an add-on for the Famicon in Japan and it included additional sound channels. Because of these additional sound channels, the Japanese version of The Legend of Zelda actually has better sound effects and musical tracks. Unfortunately for us the in West, Nintendo never released the FDS outside of Japan despite announcing the company’s interest in doing so.

Along with the extra sound channels, the Famicon also had a microphone feature which naturally meant that Nintendo had to include a way of using it in the game. This led to the creation of the Pols Voice enemies. They’re these rabbit looking enemies that could only be killed by shouting into the mic. Because the NES lacked a microphone, this feature wasn’t included in the Japanese version of the game, but Western manuals of the game still mention that Pols Voices are weak to noise. 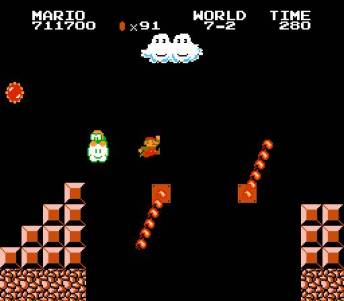 Miyamoto was actually working on both Super Mario Bros (which started off as a shooter) and The Legend of Zelda at the same time, and this actually had an influence on the mechanics of both games. The reason for this is because while they were both being developed simultaneously, progress went faster on The Legend of Zelda. Due to that fact some items that were originally designed for TLoZ were put into Super Mario instead, such as the series’ now iconic firebars. 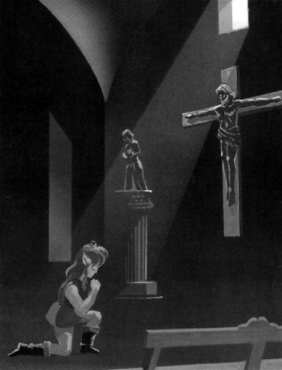 While it may be insane to think about today, Nintendo of America had a ban on all religious imagery and references in gaming for quite a long time. This ban affected many series such as Final Fantasy, where the holy spell was renamed to Pearl in FFVI. So imagine how they must have felt when they found out that the first TLoZ game completely ignored this rule.

While Nintendo of America did rename the Holy Bible item into the Magic Book, they could do nothing about the giant cross on both Link’s and the Darknuts’ shields. This isn’t the only time Christianity would be mentioned in the series either because official artwork of A Link to the Past depicts Link praying in front of a crucifix. 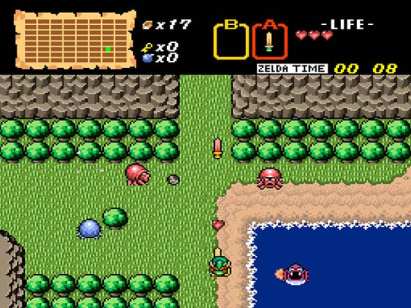 While this may sound a little insane, Nintendo has been streaming games, in Japan at least, since the 1990’s. The streaming was made possible thanks to a Famicom add-on called the Satellaview, which allowed players to download and play certain games via satellite. One of these games was a bizarre 16-bit remake of TLoZ called BS Zelda.

Part of what made BS Zelda bizarre was that you didn’t actually play as Link. Instead, players took the role of a generic male or female character depending on the gender they put on their satellite. The game also included voice acting and put players on a time-limit as the game was split over multiple broadcasts. These broadcasts also closed off certain dungeons so players were forced to wait if they wanted to play the game again.