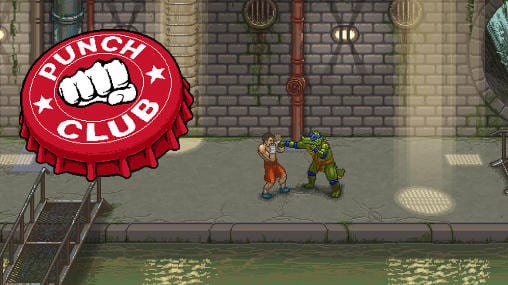 There’s not much I love more than a game that completely sidesteps every expectation I had going in. When I first fired up Punch Club, I was anticipating a combat-centric street brawler of some kind, filled with brutal beatdowns of random thugs. What I got instead was a surprisingly rich RPG/simulation experience that wasted no time in throwing away every single preconceived notion I had. 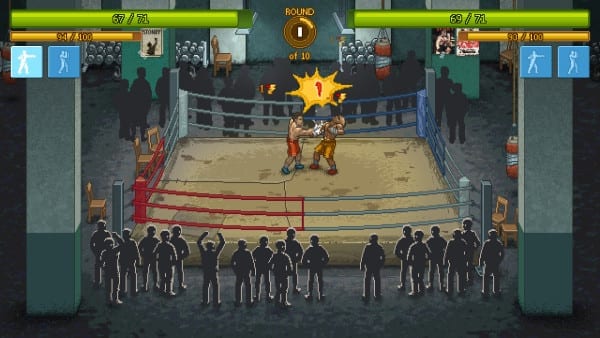 Punch Club follows the life of a young fighter who lives in the shadow of his father, a man murdered in cold blood in our protagonist’s youth. Finding himself lost and without much real direction in life, players are tasked with keeping our hero in top physical form, climbing the ranks of the local boxing league, and more. Finding balance between the constant need to work out, earn cash, and tend to other affairs proves to be nearly as difficult as managing all of this in real life.

Make no mistakes, fighting is at the core of what Punch Club is all about. Between random encounters that increase in frequency if you’re carrying more cash, the local legitimate boxing league, and underground fighting rings, players will spend plenty of time squaring off against a number of opponents. Participation in any of the various fighting groups is, surprisingly, voluntary, though the story tends to progress as you get deeper into one or the other.

Outside of the fights, Punch Club is ultimately a detail-oriented time management simulation. Your character’s three physical traits — strength, agility, and stamina — all decrease with each passing day, so some time devoted to the gym or home equipment is almost a necessity. When you’re not fighting or pumping iron, you’ll need to find time to work in order to earn money. Money is, of course, important if you’re the kind of fighter who likes things like, say, food. 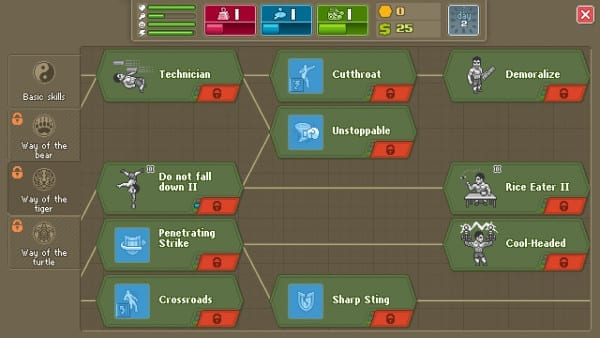 Aside from Punch Club’s physical attributes, players will need to monitor their hero’s health, hunger, mood, and energy. Sleeping and eating, of course, help recover energy and hunger, as well as helping out with mood. Working, on the other hand, is a drain on all of these except for health. Training and fighting spend your hard-earned hunger and energy in order to boost stats. Again, finding the balance to keep everything on the up and up is tough.

The most surprising feature of Punch Club, for me, is the pretty deep story that follows multiple paths depending on how the player proceeds. Where you spend your time, and which fighting leagues you dabble in, will naturally lead to meeting different people, all of whom may provide a piece of the puzzle surrounding your father’s death. With several branching story lines and plenty to explore and do along the way, there’s no telling what interesting characters you may find yourself amongst.

Interestingly, the weakest part of Punch Club may be the actual fights. Played in a very hands-off manner, players are only able to select from a handful of skills to employ in any particular round. Keeping a solid strategy is difficult if you’re the kind of person who likes to try and be a little bit of everything; even the in-game hints strongly advise players to pick a single physical attribute to focus on. I tried ignoring this advice for a bit, and it ended pretty poorly, so I eventually settled into a stamina-centered build that focused on defense and energy recovery. 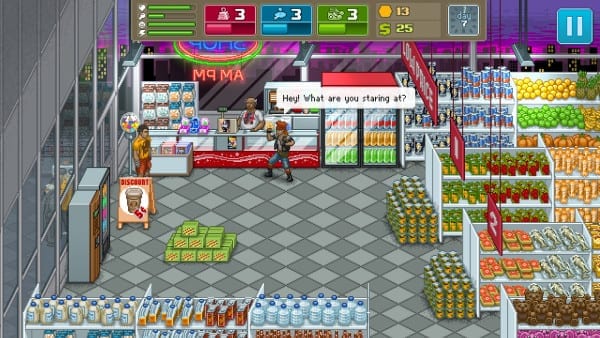 In addition to league ranking, fighting in Punch Club rewards players with skill points that can be used to pick up new fighting techniques and whole skill trees that play on your character’s strongest attribute. Focused on stamina, I found myself playing with the “Way of the Turtle” tree, a set of skills that gives access to highly-defensive techniques and helps with recovering energy and wearing your opponents down over time, giving up some of the higher damage attacks or effective dodging techniques.

All told, Punch Club was a surprisingly deep and well-constructed simulation that kept me on my toes trying to manage the life of my unfortunate protagonist, Phteven (that’s “Steven, with a ‘ph’). While it wasn’t at all what I expected, I found myself enjoying it more than I probably would have, had it been the brawler I anticipated. If you’re in the mood for a different kind of sim game, the $9.99 price on Steam is a perfectly reasonable buy-in for the amount of story, variety, and expansive skill trees that will easily make for solid replayability.