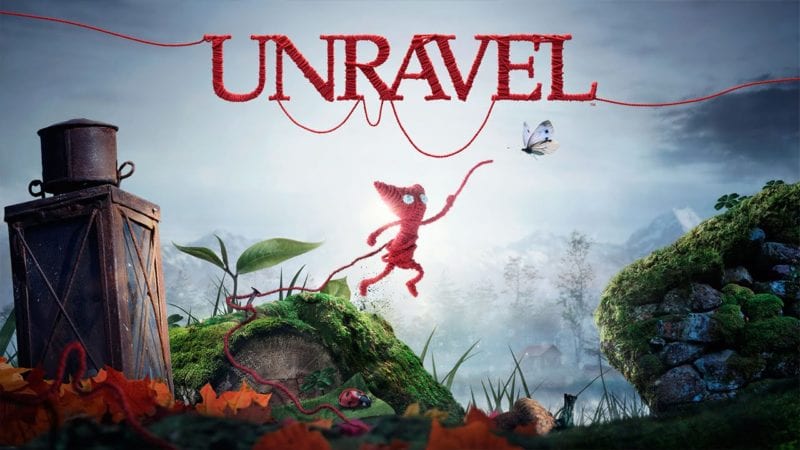 Flashback. It’s E3 2015. You’re watching the EA stage show as various well-known game developers and corporate big-wigs try to sell you on their latest AAA adventure title or first-person shooter. Coverage is wrapping up on Star Wars: The Old Republic, and soon some guy in a zombie costume will come crashing onto the stage to strobe lights and Kenny Loggins’ Danger Zone.

But between these two moments something wholly unexpected and wonderful happens.

A humble man takes the stage by himself. There are no flashy lights or fireworks as he speaks. He’s got no pre-order bonuses or season passes to hype. Just this man and his beautiful vision.

Martin Sahlin shares details of his family vacation a couple years ago, where he dreamt of the ties that bind us all together and found the spark of inspiration that inspired him to create Yarny and Unravel.

The entire time Sahlin is on stage – from recounting his summer vacation, to explaining how Yarny came to be, to showing off the real-life Yarny he brought with him and waving his little hand – Sahlin has the audience entranced. This man is wearing his heart on his sleeve, literally shaking with nerves and excitement at being able to share his story with the world, and the world immediately accepts both him and his story wholeheartedly.

Ever since that presentation, Yarny has continued to overwhelm us with charm and adorable antics. This started at E3 as Sahlin and other members of the Coldwood Interactive team photographed Yarny playing games, meeting gaming celebrities, and exploring the convention hall.

Since then, his presence online has been a constant joy to watch as his adventures continued at other events around the world, beautiful landscapes, and around the Coldwood office. Last month Yarny even offered free hugs to those who asked for them, in honor of National Hug Day.

Now, EA could have followed Unravel’s EA announcement by immediately selling Yarny dolls and making considerable bank off the adorable little guy, but that’s not what happened. Coldwood has been encouraging fans to create their own Yarny for months, sharing many photo submissions on their social media outlets. Then in January they took things one step further and released step-by-step instructions on how to make your own personal Yarny, courtesy of Sahlin himself.

While the social media game behind Unravel is strong and inspiring, we can’t forget about the game itself. The various trailers show off the love and care put into Unravel, both in-game and behind the scenes. If the heartfelt stories from Sahlin and physics-based gameplay don’t rope you in, the accompanying soundtracks will. The music in every trailer fits the scenes with perfect harmony, ramping up the tempo for thrilling chases and slowing to a calm, soothing hum as Yarny meanders along.

Between Martin Sahlin’s genuine and passionate unveiling of the project, Yarny’s constant adorable worldwide adventures, and even just the promise of a new and exciting platformer, fans around the world are smitten with Unravel, and the game’s not even out yet. If that doesn’t speak to the quality of the game and the team behind it, I’m not sure what does.