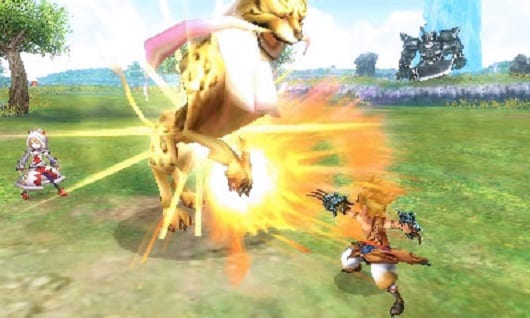 In Final Fantasy Explorers, the Monk job may not pack the highest damage, but it certainly is one of the fastest starting jobs you can unlock early in the game. While the Monk doesn’t have very high damage output, as compared to the Knight, the Monk is able to land attacks much faster and more accurately. In addition to that, you’ll also have the advantage of moving more quickly and swiftly across the field.

When you’re first starting out, Boost will be the first ability available to you. Given that your damage output as a Monk won’t be as high as other jobs, I highly recommend using Boost as often as you can. This will increase your physical attack for a short period of time. The damage increase combined with your Monk’s multiple attacks will allow you to become a much more competent DPS machine.

All of the fist abilities available at the crystal are worth picking up too. If you want to play more offensively, I’d highly recommend purchasing Drill Spin, Vacuum Wave, and Explosive Fist. Putting these abilities next to one another will allow you to chain consecutive attacks, and the multiple hits will build up your Resonance meter pretty quickly too. Always remember that the ability cooldown period will only take a few seconds, so you should be constantly using abilities and your Crystal Surge abilities, especially when you’re up against bosses.

If you want to play as a more defensive Monk, the Counter ability is also worth picking up. This allows you to block attacks and return the favor with a counter hit. Counter is much more useful against bosses as their attacks are usually pretty clearly telegraphed. By activating Counter right before an attack hits you, you’ll be able to deal extra damage with your counter hit.

When forging armor for your Monk, it might be wiser to focus on equipment that boosts your mobility and evasion. While it’s always a good idea to have high defense for any character, your Monk excels in being agile on the field, so it’s worth investing in armor that can build upon this advantage.