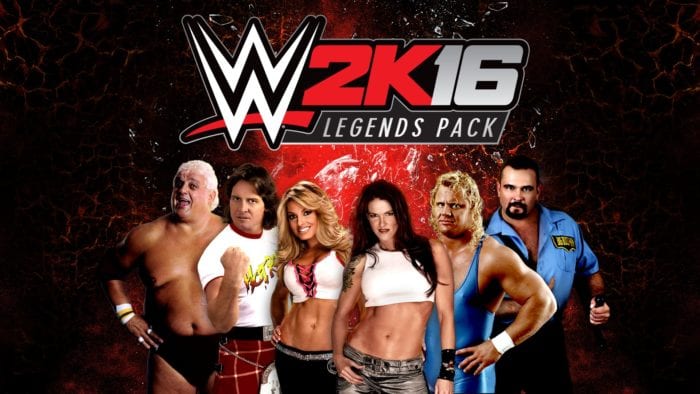 One of the planned DLC packs for WWE 2K16 will be releasing on December 22 for $8.99, and will include six wrestling legends for you to play as.

Trish Stratus and Lita are the two women wrestlers in the DLC pack, both being part of the WWE in the early 2000s. Also included are fan favourites Big Boss Man, Dusty Rhodes, Mr. Perfect, and “Rowdy” Roddy Piper. Both Dusty Rhodes and Roddy Piper passed away this year.

This DLC pack is only one of many that the developers have planned. Each pack will be available individually at release for a defined price, or will be free for those who buy the WWE 2K16 Season Pass for $24.99. Out of the other planned packs, one of them will release more playable wrestlers, and will focus on stars from WWE NXT including Diego and Samoa Joe.

The most expensive DLC pack at $9.99 will release playable matches that are legendary in themselves. Randy Savage vs Roddy Piper, Rikishi vs The Rock, and Tatsumi Fujinami vs Ric Flair are three examples of what fans will be getting.

These DLC packs, including the Legends Pack releasing this month, will be available on the Xbox One, Xbox 360, PlayStation 3 and PlayStation 4. For those interested, you can see their full DLC plans on their website.