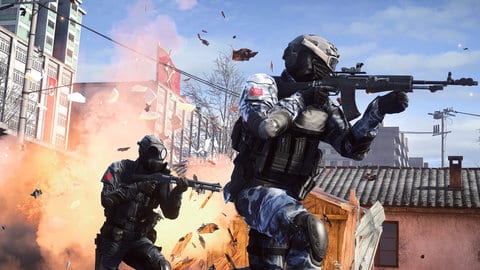 Dan Vaderlind a development director at DICE has confirmed via Twitter that their next in-house project is the next installment of the Battlefield series.

In a somewhat unsurprising announcement, but nonetheless still exciting, Vaderlind had this to say on Twitter:

Now that we've shipped Battlefront and a part of the team continues to work on it, I am moving on to another project, the next Battlefield..

Even with their new success with the Star Wars brand, EA still cherishes their modern-combat franchise.

At an investor call earlier this year, EA’s CFO Blake Jorgensen said that 2016 will see the release of a new Battlefield game:

“What we’ve said is that our intention over the next couple of years is to have a first-person shooter as one of the core titles. This year, obviously, it’s Star Wars Battlefront. Next year, it’s another Battlefield title.”

Are you ready for another shooter from DICE next year? What improvements would you like to see over Hardline or even Battlefield 4? Are you excited that DICE is working on this one? Let us know in the comments below!