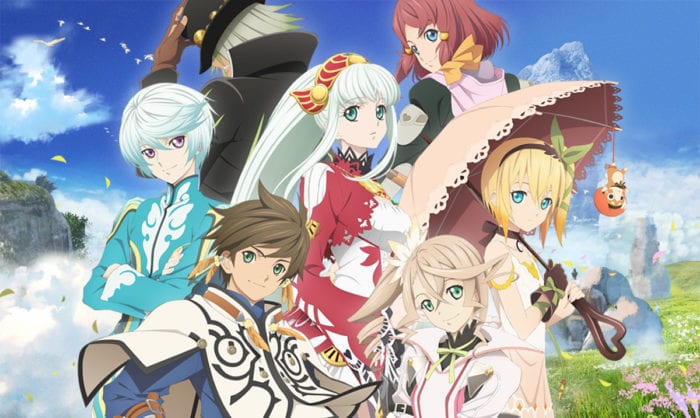 Tales of Zestiria on PS4

2015 has been a great year for gaming, and amidst all the big hitters and blockbusters, Tales of Zestiria almost feels like that little kid that just wants senpai to notice her. She wears her heart on her sleeve, saying with so much earnestness that this time, this time she’s finally perfected her craft. It’s her series’ 20th birthday after all. She looks up at me with so much promise in her eyes – the promise that this latest iteration will be the best yet, and will honor the Tales franchise in a way that it deserves.

Well then, Tales of Zestiria, senpai has indeed noticed you. Now the question is: did you really deserve senpai’s attention in the first place?

For all the faults that are present within Zestiria’s story, the game more than makes up for them with its charming, lightly self-aware characters. The biggest problem I’ve had with the Tales games of recent years is how bloated the series has become with its mechanics and combat system, and with how little polish goes into the rest of it. While 2011’s Tales of Xillia seemed like an exceptional return to form, Zestiria feels like yet another unfortunate dip in the charts for the franchise.

Someone needs to tell him those earrings just aren’t working.

Tales of Zestiria puts you in control of protagonist Sorey, a bright-eyed young man who, for various plot reasons, gets chosen to become the Shepherd to battle the Malevolence that plagues the world. Partnering up with a party of humans and Seraphims (angel-like spirit… things), Sorey travels around the world to expand his horizons and ultimately seeks to defeat the big bad guy with the power of love and friendship and everlasting hope. The story throws a few plot twists here and there, but there isn’t anything new to see here. Tales of Zestiria gives us a long story that’s by and large expected of standard JRPG fare, as it’s pretty much done for the last 20 years or so.

But you know that saying, what matters isn’t the destination, but the journey instead? Or something like that. That’s kind of what Tales of Zestiria is going for here. While the story suffers from almost every anime cliché possible, its characters, thankfully, are as charming and lovable as you’ve come to expect from a typical Tales game. Sorey, in particular, treads a fine line between being annoyingly optimistic and endearingly gullible and naïve. Mikleo displays some tsundere traits and, let’s be real, who doesn’t love a little tsundere in their JRPGs? Alisha is the earnest do-gooder, and Lailah never fails to crack me up with her god-awful puns.

Skits are back in Zestiria, and while none of the inside jokes are quite able to match up to the ‘Bazonga’ standards set by Tales of Xillia, they’re still good for injecting charming humor into the game. Every character can be stripped down to a basic anime stereotype, but they’re so well-defined and they definitely help in adding some much-needed color to this otherwise dull story. It certainly didn’t help that it took about 3 to 4 hours before the story finally kicked into high gear.

Speaking of kicking into high gear, it is worth noting that the early hours of Tales of Zestiria are plagued by tutorial after tutorial, teaching you the basics of the combat system and equipment management. In Zestiria, you’ll learn how to execute normal attacks, interrupt enemy attacks, block attacks, and activate Armatization, which is essentially the game’s limit break mode where two characters fuse with each other. No, not in that way. After that, you’ll learn how to stack skills and equip gear properly, and be assaulted with even more tutorial pop-ups that attempt to teach you how to optimize your gear. Depth is always welcome in a JRPG, but with Tales of Zestiria, at times it almost feels like the game could crumble beneath the weight of all its complex management systems.

Beautiful place. Too bad there isn’t much to do out here.

For the most part, the Linear Motion Battle System does work as intended. Transitions from exploration to battles are seamless, though you may find yourself caught in a bad spot if you’re in a narrow corridor and the camera starts blocking your view. Battles are fluid, and it can be fun to chain your combos before unleashing your righteous fury unto your enemies with Armatization.

Tales of Zestiria is also the biggest game in the franchise thus far in terms of scale. Its maps are massive and sprawling, and there are tons of hidden areas and crevices for you to explore in the world. It’s not like you’ll find anything really worth your time though. Oftentimes your exploration efforts will reward you with extra resources, healing items, or a sword that you bought from the merchant just 10 minutes ago. The extra exploration is nice, but there’s a whole lot of nothing in most of these zones, and the huge maps end up feeling like they’re big just for the sake of, well, being big.

As an entry that’s meant to celebrate the series’ 20th birthday, Tales of Zestiria could have used a little more polish. As it stands, combat is fun but it needs to be streamlined a little more, along with the gear management system. The story may not quite be up to snuff, but longtime Tales fans will find a lot to love in the characters themselves. And hey, at least the opening song’s pretty dope too.

So then, Tales of Zestiria, senpai knows you tried really hard, but maybe with a little bit more time and polish, you could’ve done a lot better. Better luck next time.