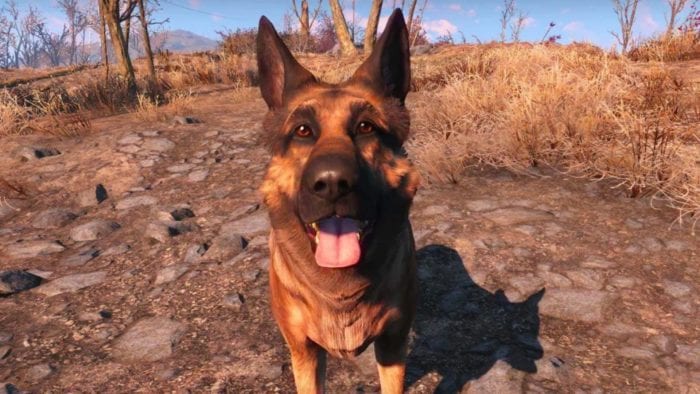 Fallout 4’s Wasteland is a truly harsh world. Filled with dangerous enemies, Radiation, robots, strangers, and plenty of surprises, you’d be wise to guard yourself against this world. Of course, you can’t only do that for yourself, you have companions to look after as well.

Companions for the most part are easy to take care of. Whatever you don’t want to wear yourself you hand over to them. Pretty much anything you find can be equipped to them so nothing goes to waste. Unfortunately, the same can’t be said for Dogmeat. He just can’t wear all of your silly human clothes (those dog cosplays were awfully misleading).

But, that doesn’t mean there isn’t anything he can wear. There are collars, bandanas, and dog armor hidden throughout the world. Some can be purchased from caravans, but the rest you can tear off of the dogs used by Super Mutants and Raiders.

Simply call Dogmeat over, initiate a trade and give him the dog-friendly items. Then press the corresponding button to equip him with a piece of armor (Triangle on PS4, Y on Xbox One, and T on PC) just like you would do on any other companion.

There you have it, now Dogmeat looks every bit the part as you do out in the wide open Wasteland.