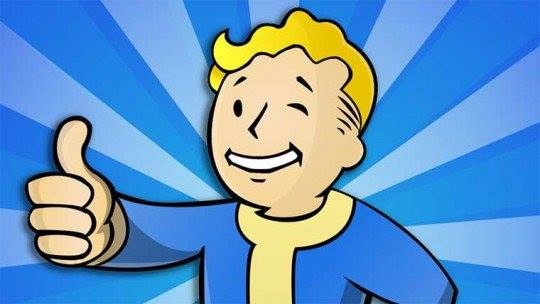 As you wander the Wastelands on your post-apocalyptic adventure in Fallout 4, you’ll come across some informative magazines tucked away throughout the world.

Each of these magazines bestows on you an additional perk or effect to your character for the duration of your time spent in Fallout 4. However, the fun doesn’t stop there, as when you’re done with a magazine you can display it on a magazine rack…or sell it for caps if you’re really short on money.

Many of the magazines within Fallout 4 are issues of the same series. For example, there is a total of 14 ‘Astoundingly Awesome Tales’ magazines to be found within the Fallout 4 world. To try and keep things relatively confusion-free, we’re going to number these issues so you can tick them off as you go. Below is the location of every perk magazine in Fallout 4.

Grognak The Barbarian Comic #1– One of the ten issues of Grognak the Barbarian can be found right at the beginning of your adventure in Fallout 4 during the tutorial. Simply head on over to the kitchen counter in your lovely home and click activate. Make sure you grab this once you’ve escaped Vault 111 to activate its perk.

Astoundingly Awesome Tales #1- For this one you’re going to have to travel directly northwest from the Tenpines Bluff location up to Outpost Zimonja. This Outpost is one of the most northern locations on the map. Once you’ve reached Outpost Zimonja, head towards the workshop to find this magazine sitting on the bench.

Astoundingly Awesome Tales #2- From the Wildwood Cemetery, head north up to the previously mentioned Skylanes Flight 1981. Search through what remains of this downed aircraft and hunt your way to the toilet. This should be situated close to the cockpit. In here you’ll find the magazine.

Tales of a Junktown Jerky Vendor #1- Head to Walden Pond in the northwest part of the map. You can find it to the northeast of the Sunshine Tidings Co-Op. Once you’re inside, head downstairs into the basement. Pick the lock (master) of the basement door and head on through into the caves. Follow the right-hand wall all the way around until you find a Stimpack and a copy of this magazine on the barrel with the lantern on it.

Tales of a Junktown Jerky Vendor #3- Head over to the Super Duper Mart, situated right by Lexington. Once you’re inside, head out of the entrance area and take a sharp left. Follow the ends of the aisles right to the back of the store. In between the two rooms jutting out from the back room is another issue of this magazine to be found.

U.S. Covert Operations Manual #4- Head to the Reverse Satellite Array toward the northeast area of the map. This can also be found just south of Finch Farm if you need a reference point. Once you’ve located the satellite array, head into the very center of the group of satellites. You’ll find a copy of the magazine along with a stash of ammo inside the small shanty hut on top of a satellite support.

Picket Fences #4- Head over to Hardware Town, situated near by Home Plate. Inside Hardware Town, you’ll find an area that looks like the inside of an office upstairs. Look for a book which is sat right next to a broken terminal on a desk. Pick it up and continue your magazine searching adventure.

Taboo Tattoos #2- Once you have defeated the Deathclaw near the start of the game, head back to the Concord Civic Access. Head through the metal hatch that the Deathclaw had emerged from before you defeated it. Head down this first corridor and take a right at the end, keep following the path around as it takes another right, then a left. You’ll then take another right, at which point you can go through a door to exit back out into the Commonwealth or carry on. Take the second option and go left, following the path around a couple more turns through an S shape. Once you’re onto a long straight corridor, again take the first right you can into a room where you can find a Fusion Core and a Stimpack. In the adjoining room, head in and right in the middle of the room alongside some ammo and other bits and pieces should be a copy of this magazine.

Taboo Tattoos #3- Just southwest of Poseidon Energy Turbine #18-F, or toward the very bottom of zone 2 if you’re looking at a map, you’ll find the Irish Pride Industries Shipyard. Head into this building through the entrance on the east side of the building. Head through this first room and lockpick the door on the south wall. Head into this main, large room with a rusty tugboat sitting in the middle. Climb aboard and head toward the center of the boat where you should find a terminal. Just in front of the terminal is another copy of Taboo Tattoos.

RobCo FUN! Magazine #1- This one may not necessarily come in the form of a magazine, but it counts toward the huge total of collectibles to be found in the game. For this one, head back to Vault 111 and make your way to the cafeteria. If you missed this on your way out at the start of the game, head over to the terminal and eject the holotape game, Red Menace.

RobCo FUN! Magazine #2- At the very beginning of your Fallout 4 adventure, you’ll head into the Museum of Freedom to help out a rather familiar face. Go up the stairs onto the third floor and head down the corridor straight in front of you. Then take the right onto the balcony and head down to the bottom corner, and into a room where you’ll find a terminal and a copy of this magazine sat right next to it on the table.

RobCo FUN! Magazine #3- Head over to Fort Hagen, about half way down the map in the western section. It is just south of the Fort Hagen Filling Station, and north of the Greater Mass Blood Clinic. Head inside and make your way down to the bottom level. In the same room that you fight Kellog, you’ll find this magazine sitting on a tablet.

RobCo FUN! Magazine #4- Another RobCo FUN! magazine for you to grab can be found in Goodneighbor. Once here, search out the Memory Den, located just down the road from Hotel Rexford. Go down to the basement of the Memory Den and you’ll enter into a Memory Lounger area. In here, spot a metal desk against one of the brick walls. Pick up the magazine and be on your way.

Live & Love #6– Head over to Diamond City and make your way to the schoolhouse in the northwest side of town. Once you’re inside, search around for a bed on the ground floor. You’ll find the Live & Love magazine right by it.

Live & Love #8- Make your way to Goodneighbor and head to The Third Rail near the center of the settlement. When inside, take your first right and follow this into the toilets. You’ll find this magazine sat on the top of the toilet.

Live & Love #9- While you’re in Goodneighbour you might as well grab a couple of these magazines. For this one, you want to head over to Hotel Rexford at the north end of the settlement. Walk through the doors and just to your right, on the top of the bar is this magazine.

Total Hack #1- For the first of the Total Hack magazines in our guide you need to make your way to the Wildwood Cemetery. You can get to this by either travelling southwest from Skylanes Flight 1981 or take a long stroll north from the Covenant. Once you’re there search for the tree right in the very center of the Cemetery. You’ll find the magazine waiting for you under here.

Total Hack #2- For the next Total Hack magazine, you need to make your way to Wattz Consumer Electronics. You can either fast travel here if you’ve already been here or alternatively head east from Mass Gravel and Sand. Once you’ve reached the electronics store, head down into the basement and walk over to the terminal sitting on the desk at the most north point of the room. Placed next to the terminal is this magazine, grab it and move out.

Total Hack #3- To get the last Total Hack magazine, make your way to the Boston Habor/ Waterfront neighborhood. Once here, head south from the Custom House Tower down to the Shamrock Taphouse. Inside the Taphouse, you’ll find what can only be described as a ‘game room’ containing a checkers board. You’ll find this final magazine in the hand of a female mannequin standing on the table in this room.

For now, we’ve got the first 20 of the 119 perk magazine locations for you in Fallout 4. Over time, we will update this page with the locations of more and more of these magazines. Are you enjoying the game? Having trouble finding one that we’ve listed? Sound off in the comments and we will try help you out.

A New Crysis Game Is in Development; Officially Revealed With a CGI Tease

Sam Raimi Officially Weighs in on Spider-Man: No Way Home