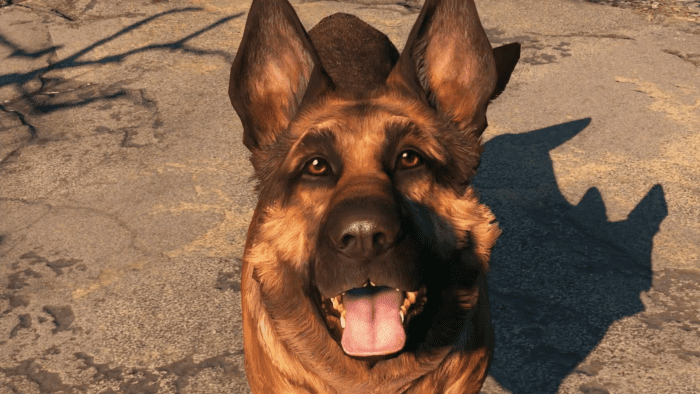 Best Dogs in Video Games of All Time

We’ve all heard the stories about dogs living up to their title as man’s best friend in real-life. Be it rescuing someone from severe danger, mourning when their owner passes, or helping those with disabilities. There are tons of stories about the four-legged creatures having this tight relationship with man. So when canine kind is represented in video games, are they just as awesome?

Well, it turns out that yes they are. Whether they’re sniffing out some form of hidden item, mauling our enemies, or just providing a companion for a long and arduous adventure, they’ve been at our beck and call through the highs and the lows that video games have taken us on. Heck, some of them are even musically talented too, and you can’t argue with a dog that can lay down some smooth jams!

So without further ado, we give you the top 15 best dogs in video games. These pooches deserve all of the treats that are thrown to them.

From the moment we laid our eyes on him as a puppy, we knew D-Dog was going to be our partner in crime on our stealthy adventures.

A dog that can play guitar... do I need to say any more? One of the most popular characters of the Animal Crossing series.

It didn't matter whether you were a saint or the devil incarnate in Albion, your dog would stand by your side no matter what.

The cutest companion for the wasteland, Dogmeat will protect you, find you items, and carry a bunch of stuff for you too. A true best friend.

Helping us reach difficult to reach places and looking adorable why it did it, Oddsock was one of our favorite new characters in Little Big Planet 3.

A fiercely loyal dog and incredibly protective over its owner, Pompidou was secretly a softie at heart. His texts during the final chapter of Life is Strange were also some of the best, too.

Able to sniff out mines in the post-apocalyptic wastes in Mad Max, Dinki-Di proves to be incredibly handy on your quest to reclaim your lost V8 Interceptor.

Not only does Amaterasu have some seriously badass powers, she is also the most visually beautiful and impressive one on our whole list.

Whether he's riding shotgun in your van, or playing fetch, Chop is the only dog you'll want in Los Santos. Oh, and don't forget you could have him as your own virtual pet on your smartphone, too!

Lesser and Greater Dog pretty much summed up the wackiness of the entirety of Undertale. A true comedy duo and one of the most entertaining boss battles in one of last year's smash hits.

PaRappa the Rapper has been on the gaming scene for quite some time, but he's still the coolest dog around. Dropping beats sicker than Skrillex, he's the dog to call when you're having a party.

While arguably not a dog, but more of a canine, Sif is possibly the most terrifying one we've ever seen in a game. If his huge size doesn't strike fear into you, that giant sword certainly will.

One of the oldies, Duck Hunt Dog's cheeky laugh will have gamers getting all nostalgic.

A fire-breathing, cute dog Pokémon, Growlithe is a must for any trainer. The fact he evolves into Arcanine just sweetens the deal, too!

Loyally by the side of our hero in Mega Man 3, the bionic dog that could transform into a coil, a hoverboard, and a submarine came in particularly handy on our adventures.
Comments
Continue Reading
Related Topics: