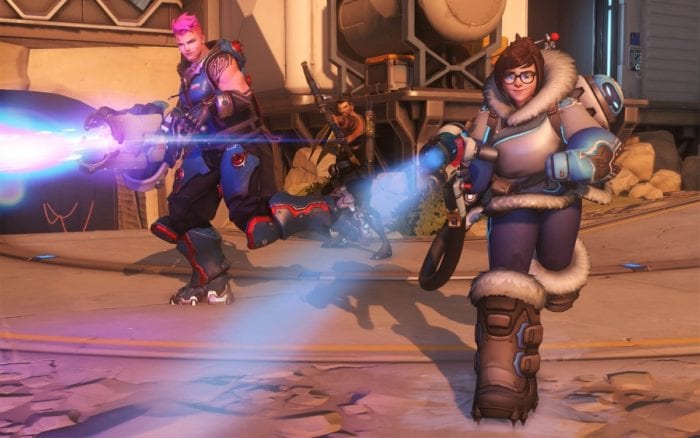 Overwatch has arrived and brings 21 characters to the fray for players to choose from. Split between four different categories- offensive, defensive, support, and tank- each hero has their own specific abilities which will suit a different style of play.

Of course, choosing your character shouldn’t just come down to your personal preference, but which is the best fit for the characters chosen by the rest of your team. If you’ve all picked offensive or tank characters, you might find it difficult when your backs are up against the ropes. Finding the right composition for your team will be rough, as more and more players pick up different heroes and suss out their offensive or defensive strengths. Figuring out your own hero preference will be an adventure as well, with the nearly two dozen characters each designed with a unique personality, backstory, and arsenal of abilities. Whether you choose to run around as a merciful healer or maniacal shooter, there’s something in Overwatch for you.

So with Overwatch fresh out of the blocks, let’s give you a quick introduction to all of the faces you’ll be seeing quite a lot of during your time with the game. Let us know who you’ll be playing.

With the power of the Shuriken and some advanced technology, Genji is a powerful offensive hero.

With his trusty Peacekeeper pistol in his handy, McCree is a highly accurate and agile offensive hero.

She can soar like an eagle and rain down fire with her rocket launcher. Pharah is an easy-to-use offensive hero.

Armed with dual Hellfire Shotguns and the ability to use the cover of shadow to avoid incoming fire, Reaper is a great hero for learning the ropes.

Soldier: 76 is one of the more agile heroes in Overwatch, but his Helix Rockets still pack a punch.

With her ability to control time, Tracer can restore her health, ammo, and her positioning on the map within a matter of seconds. Another speedy, offensive hero.

A huge robot capable of adapting to any style of combat, Bastion is a defensive hero that's easy to make use of.

A skilled archer with a pretty cool-looking ultimate, Hanzo's a defensive hero best used from a distance.

Junkrat is all about explosives, with a grenade launcher and concussion mines making up a majority of his attacks. His steel traps are particularly useful for stopping foes where they stand.

Mei's ability to alter the weather to icy, arctic conditions come in particularly handy for freezing enemies and defending locations.

While he's armed with a Rivet Gun and a hammer, it's Torbjorn's turret that will be of most use. A great defensive asset to any team, if he has their support.

Wielding her powerful sniper, Widow's Kiss, Widowmaker is the long-range hero that your defensive forces will need.

D.Va's mech is capable of dealing huge damage with its twin Fusion Cannons. She can also use its boosters to fly high into the air, or charge into her enemies.

With some badass armor and an equally mean-looking hammer to match, Reinhardt will smash his way through the battleground. He can also use his energy barrier to defend his teammates.

Roadhog uses his Chain Hook to pull his enemies close before blasting them to pieces with his Scrap Gun. A lethal combination, especially when paired with his hefty health bar.

Converting incoming damage into energy for her massive Particle Cannon, Zarya is a powerful tank hero in any team.

Using the power of music, Lucio can heal his team and boost their movement speed as he glides his way around the map.

Mercy uses her Valkyrie Suit to navigate the map quickly and effectively. A guardian angel capable of healing, resurrecting, and strengthening her team with the help of her Staff.

With the help of her Photon Projector, Symmetra can shield her teammates, build teleportation pads for quick exits, and deploy turrets for some additional firepower.

Rounding off our heroes if Zenyatta, who uses the power of the orbs of harmony and discord to heal his teammates and weaken his opponents.
Comments
Continue Reading
Related Topics: