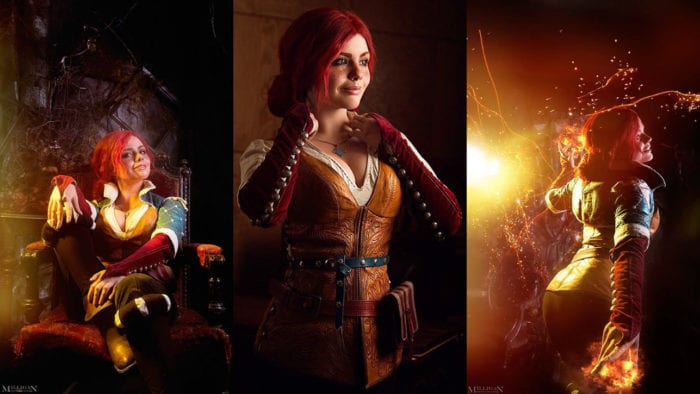 CD Projekt Red’s The Witcher 3: Wild Hunt catapulted the series into stardom, along with its leading characters. From the moody Geralt to the lively Ciri and every elf and dwarf in between, each has become folly for great cosplay, and Triss Merigold is no exception.

A fiery sorceress, literally and metaphorically, Triss defends what she believes to be right with her flame-spell mastery. She’s strong-willed and independent, never fearing the consequences of standing up to injustice. She spends The Witcher 2 as Geralt’s lover, and meets him again in The Witcher 3. The two have a complex past, and ultimately, it’s up to players to decide whether Geralt belongs with the fascinating sorceress or not.

We’ve collected some of the best Triss cosplay from around the web, featuring Triss as she appeared in the second and third games. These cosplayers showcase Triss’s fiery will with finesse, and bring a stunning character to life with incredible detail. These are but a sampling of the boundless cosplay photos to be found, but they’re among the most detailed and emotive ones we’ve found yet. Take a run through our cosplay gallery, and check out their amazing work for yourself.

Let us know which cosplay is your favorite.