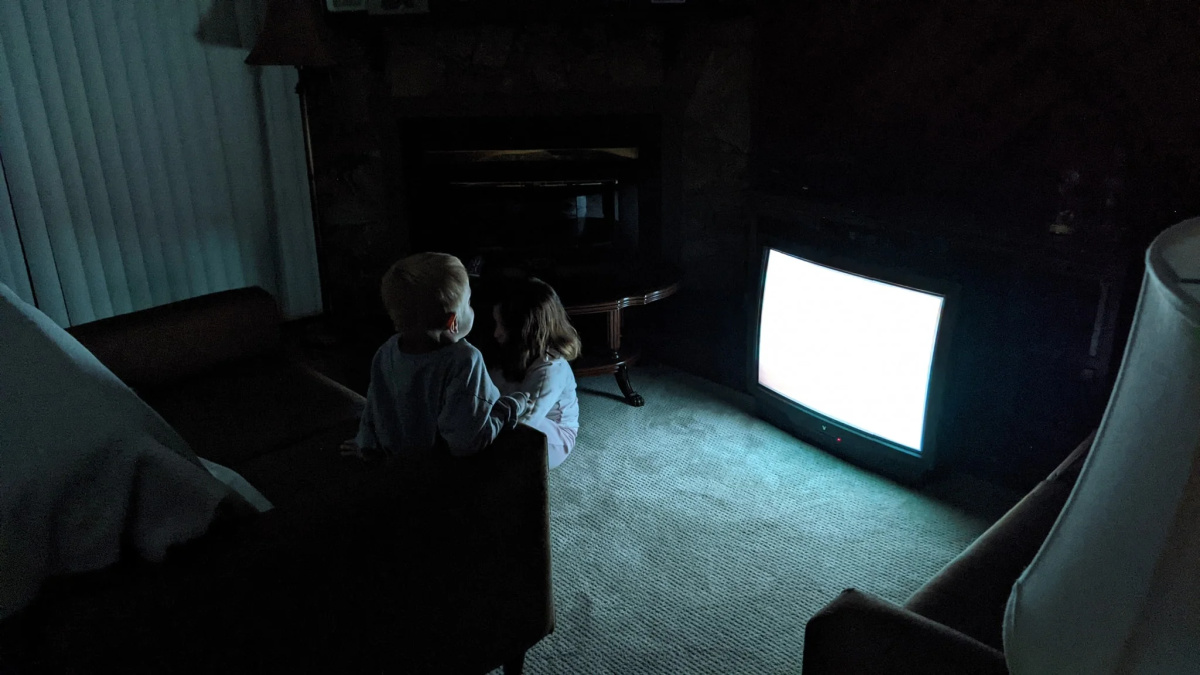 Skinamarink should be commended for how much it does with so little, but this approach also has its drawbacks. The movie has more than a few moments which are left up to interpretation in order to keep from using resources unnecessarily on showing viewers the gory details, and you likely walked away from the film unsure of exactly what happened at certain points. That’s why you came to this guide, and fortunately for you, we’re here to help clear up what happened to Kaylee in Skinamarink.

Do be warned though: There are *Major Spoilers Ahead.*

Did Kaylee Die in Skinamarink? Explained

While Kaylee’s exact fate in Skinamarink is never explicitly shown, it is hinted at that she was taken away and more than likely killed by the entity tormenting her and her brother Kevin.

The evidence for this is found in the scenes following her disappearance. After Kevin is left alone for a short period of time, he finds a new figure hidden in the dark with no eyes or mouth. This, as it turns out, is Kaylee. The entity took away her eyes and mouth because she didn’t leave her father’s room when she was told to, even though it was because Kaylee was frozen with fear due to the female figure appearing and speaking to her.

The entity then makes her disappear completely, and her exact fate after this is left up to our imaginations. Given the harm the entity puts Kevin through though, it was likely an awful end or even more supernaturally-driven suffering.

Why Did the Supernatural Entity Target Kaylee and Kevin?

As for why the supernatural entity targets Kaylee and Kevin the way it does in Skinamarink, it’s tough to say.

Firm answers are never given for why the entity appeared, what it wants from Kaylee and Kevin, or even what its name is. We only really know that it’s a malicious force, and that it seems to enjoy toying with the children in order to make them more afraid or in pain. This in turn mrans that there was likely no means of escape for either child, and that Kaylee couldn’t have escaped her fate even if she had listened to the entity.

Hopefully this cleared up what happened to Kaylee in Skinamarink. For more on all things horror, check out some of our horror movie-related content down below. We’ve also got explainer guides tied to other horror movies, including ones on why the monkey went crazy in Nope and how scary The Menu is.