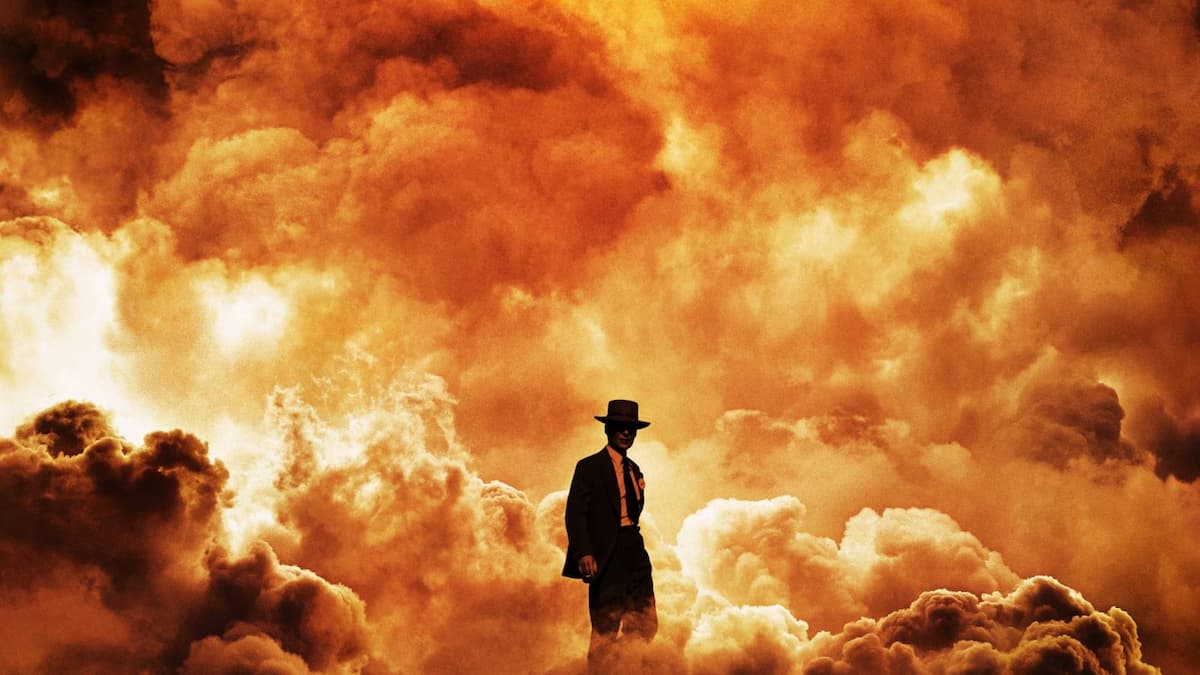 It was difficult to reduce a list of the most anticipated films down to just ten in 2023 since there are so many movies that are scheduled to be released this year. With this lineup plus everything else that’s going to be released, moviegoers may be able to look back on this year as one of the genuinely great ones in recent memory. Here are ten films coming out in 2023 to get really excited about.

Spider-Man: Across the Spider-Verse

Spider-Man: Across the Spider-Verse is the long anticipated sequel of the Oscar-winning animated film Spider-Man: Into the Spider-Verse, both a big hit with critics and audiences alike. Miles Morales will be voiced once again by Shameik Moore, while Gwen Stacy and Miguel O’Hara (also known as Spider-Man 2099) will be portrayed by Hailee Steinfeld and Oscar Isaac, respectively.

In addition to this, Issa Rae will be lending her voice to Jessica Drew (better known as Spider-Woman), and it is quite probable that Jake Johnson will reprise his role as Peter Parker. The first trailer did not provide us with a great deal of new information on the plot of the movie, but it did shed light on a number of Spider-Man characters who Miles will interact with during the course of the movie.

The Spot, whose voice is provided by Jason Schwartzman, is the antagonist of this chapter. He is capable of opening interdimensional portals and has an unexpected link to Miles. The sequel to the 2018 smash hit will seek to build upon the first film’s signature combination of kinetic animation, marvel comic action, and its enormously uplifting storyline. The teaser gives a sneak peek at Miles, Gwen, and numerous other new Spider-Men racing across space and time.

Additionally, the trailer shows brief cameos from the first Peter Parker (Jake Johnson), who starred in the last film. The teaser trailer, on the other hand, gives the impression that the film will place a greater emphasis on Parker’s coming-of-age tale, which focuses on love and family. And Spidey portrays a tale of maturation unlike no other. Spider-Man: Across the Spider-Verse web slings into theaters June 2.

Indiana Jones and the Dial of Destiny

There has never been a director of an Indiana Jones picture other than Steven Spielberg, but this is the first time it has happened. This sequel to 2008’s Kingdom of the Crystal Skull is directed by James Mangold (Logan) and features performances by Phoebe Waller-Bridge, Mads Mikkelsen, Shaunette Renée Wilson, Antonio Banderas, and Harrison Ford. Indiana Jones, played by Harrison Ford, has come out of retirement for his newest adventure, and owing to some de-aging filmmaking wizardry, he looks better than ever.

In this picture, set in 1969 at the height of the space race, Indiana Jones faces up against Nazis who have infiltrated the U.S. moon landing program. It’s the first Lucasfilm film released by Disney that isn’t part of the Star Wars franchise. Despite its heavy burden, The Dial of Destiny just has to be a great culmination of four decades of worldwide adoration, in order to excite a fresh audience for a new generation. Indiana Jones and the Dial of Destiny will whip into theaters June 30.

It’s fitting that the sequel to Frank Herbert’s original Dune novel is simply titled “Dune: Part Two,” since it not only promises to wrap up the adaptation of the novel but also seeks to introduce a whole new cast of characters from Herbert’s expansive Dune world.

In addition to Timothée Chalamet, Zendaya, Christopher Walken, and Rebecca Ferguson, the cast also includes Florence Pugh as Princess Irulan and Austin Butler as Feyd-Rautha. Paul Atreides (Timothée Chalamet), the heir of House Atreides, has joined forces with the Fremen, the indigenous people of Arrakis.

The release of the sequel raises expectations that all the promise of the original film would be realized in full glory. It will, without a doubt, be an amazing spectacle. Dune: Part Two will dazzle audiences Nov. 3.

It’s strange to believe that Winnie-the-Pooh: Blood and Honey is as highly anticipated as films from auteur filmmakers like Nolan, but Frake-horror Waterfield’s has the advantage of being a really odd invention. Many people, young and old, are familiar with Pooh from A.A. Milne’s books, which center on him and his friends engaging in endearing escapades. Making Winnie the Pooh a killer is sure to leave moviegoers with plenty of questions, and many of them will undoubtedly go online to find the answers.

Cillian Murphy, who has been in practically every film Christopher Nolan has directed but has always played a supporting role, will take center stage in the upcoming biopic Oppenheimer. After the success of 2017’s superb Dunkirk, which also had a stellar ensemble, Nolan returns to WWII-era films with Oppenheimer.

Co-starring alongside Oppenheimer are Benny Safdie, Rami Malek, Josh Hartnett, Benny Safdie, Robert Downey Jr. and Emily Blunt. Nolan has been praised for his “no way to CGI” effects, such as that he went so far as to  recreate atomic bombs with genuine explosives. Nolan’s twelfth film, with all the anticipation and cinematic might behind it, can’t possibly bomb. On July 21, the movie hits theaters.

Chris Meledandri of Illumination (Despicable Me), who is producing the adaptation of the legendary Nintendo character Mario and his buddies for the big screen, teams up with Shigeru Miyamoto, the mastermind behind Mario. The iconic plumber, played by Chris Pratt, travels to the Mushroom Kingdom and comes face to face with Keegan-Michael Key’s Toad. Anya Taylor-Joy is also attached to the project and will portray Princess Peach. Jack Black and Seth Rogen will provide their voices for Bowser and Donkey Kong, respectively, while Charlie Day will take on the role of Luigi.

Little is known about the film, other than Donkey Kong and his crew will play a significant role in Mario’s journey; but, it is impossible to predict what other galaxies will be included in this highly anticipated adaptation of the video game. This year has the potential to be Mario’s most successful, with Super Nintendo World coming to Universal Hollywood and Mario making his return to the big screen within a few months of each other. The Super Mario Bros. Movie will hit theaters April 7.

Ant-Man and the Wasp: Quantumania

The third installment in this hilarious series has Paul Rudd and company returning, and it promises some fascinating casting, including Jonathan Majors as the supervillain Kang the Conqueror and Bill Murray as Michelle Pfeiffer’s bombastic ex-lover.

In the sequel to Ant-Man and the Wasp, which was released in 2018, Paul Rudd will play a character who travels to the Quantum Realm, which is a hidden realm underneath Earth’s own. There, he comes face to face with Kang the Conqueror, whose assistance comes at a high cost that is guaranteed to have repercussions across the many universes. The film comes out February 17.

The outbreak of COVID-19 caused a two-year delay in the production of the next episode of the blockbuster action series produced by Chad Stahelski and Keanu Reeves, which will eventually make its debut in theaters in 2023. The only thing that is known for certain in the film is that John Wick is fighting against the High Table, who may not be under the impression that he is dead.

The trailer doesn’t reveal much information about the narrative of the movie, other than the fact that there will be a high-octane rumble between Wick and those who are trying to get rid of him. Chad Stahelski has indicated in a public statement that it is possible that Wick in Chapter 4 may not have the traditional happy ending audiences tend to seek out.

The foreboding marketing for John Wick: Chapter 4 has helped to make it one of the most anticipated films of 2023. It is the fourth episode in the firearms series created by Chad Stahelski. In the movie, Ian McShane will reprise his role as Winston, and Lance Reddick and Laurence Fishburne will reprise their roles as Charon and Bowery King, respectively. Newcomer bad boy Bill Skarsgard will play the villain, The Marquis, and Shamier Anderson and Clancy Brown will play The Tracker and The Harbinger. Stahelski is always looking for ways to one-up the action of his own films, so this final installment will surely go out with a big bang like no other. John Wick: Chapter 4 will be out in theaters March 24.

Based on a screenplay by Robert Kirkman of The Walking Dead, this horror-comedy stars Nicholas Hoult as the unwaveringly mad servant to Nicolas Cage’s Count Dracula. Dracula, the classic vampire, will be the film’s main antagonist as the narrative unfolds behind the walls of his imposing gothic castle. Dracula’s personal court and cronies will be the focus of the plot. Renfield, Dracula’s most hopelessly faithful, blubbering right-hand man, will be asked whether he would betray his cherished, intimidating master if he falls in love with a lovely young lady.

The film’s female protagonist will be played by Awkwafina (Shang-Chi and the Legend of the Ten Rings), with Ben Schwartz (Parks and Recreation) and Sonic the Hedgehog actor Benji Matsuzaka, Adrian Martinez, Bess Rouss, Shohreh Agdashloo, and James Moses also featured. Expect lots of laughs from writer Ryan Ridley, of Community and Rick and Morty fame. Renfield is released April 14.

This is the beginning of the tenth installment of the Fast and Furious franchise. Its sequel, widely assumed to be the series finale, will be released in 2024. Although the narrative remains hush-hush for the moment, it’s safe to assume that Vin Diesel, Michelle Rodriguez, and the rest of the family will be returning for more death defying stunts. The juggernaut hit is clearly throwing out all the stops for its last run, with a rumored budget of $340 million and the prominent new castings of Brie Larson, Rita Moreno, and Jason Momoa. Fast X revs into theaters on May 19.