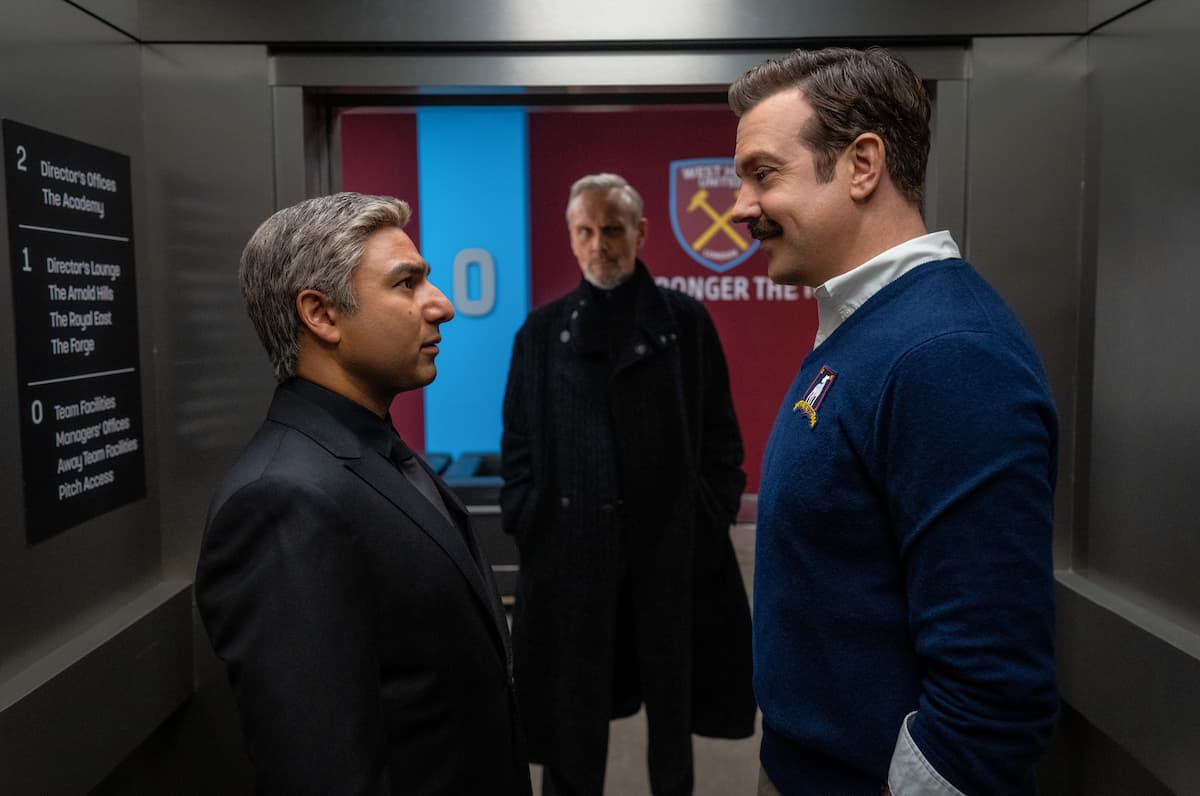 Image Source: Apple via The TCA

Hot off of Apple’s presentation as part of the Television Critics Association’s winter 2023 press tour, we have been treated to our first image from the upcoming third season of the heart-warming mega-hit, Ted Lasso.

Portraying the good-natured Ted (Jason Sudeikis) squaring off against his colleague-turned-rival Nathan (Nick Mohammed), the teaser sets the stage for what promises to be an epic showdown between good and evil. Or, at very least, pleasantly optimistic and sneakily duplicitous.

The season’s surprise villain is certainly a far cry from the Nate we came to love when he was first introduced, but as much as we can’t stand him, we cannot deny his unparalleled ability to rock a suit. Truly stunning stuff.

Ted Lasso has been quite the revelation since it first aired on Apple TV+ in 2020, appealing to soccer enthusiasts and non-fans alike with its endearing central character and touching thematic brilliance. How else could you explain Ted’s unlikely appearance alongside his team in FIFA 23?

Whether or not this season is truly Ted’s last hurrah on the sideline (something that has been hinted at more than once by cast and creators alike), we cannot wait to see how he tackles the rising challenge that stands before him. Ted Lasso season 3 is scheduled to premiere on Apple TV+ in spring 2023.