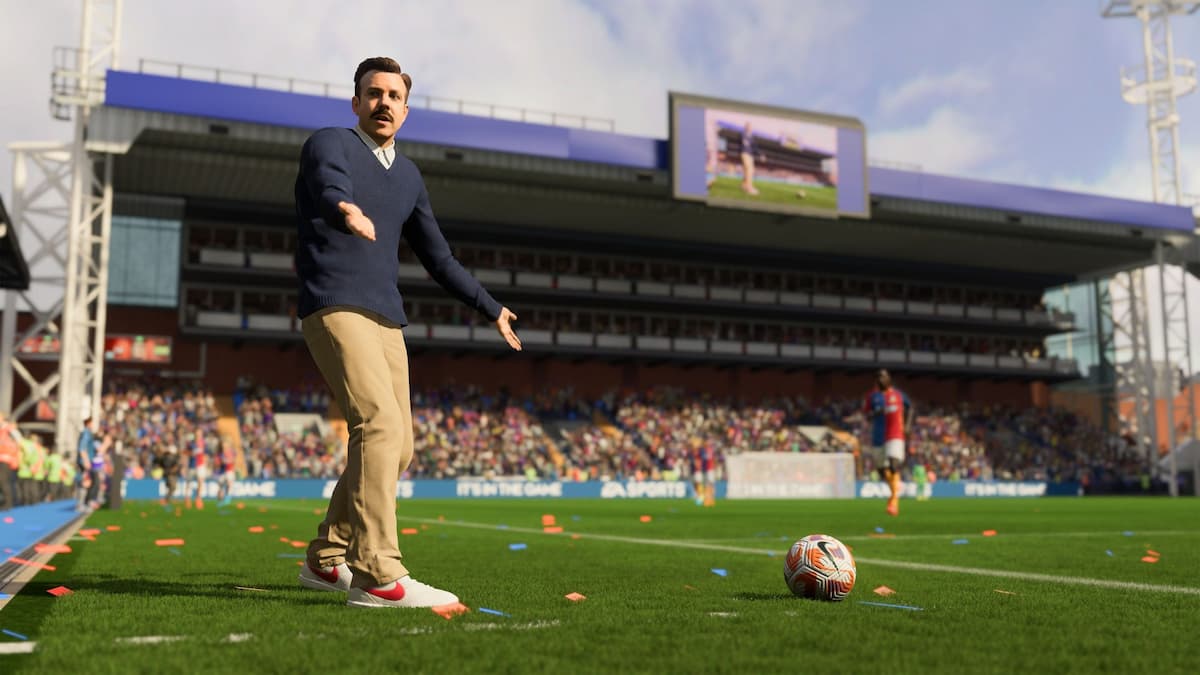 All the way from Wichita State to the Premier League, and now in FIFA 23, Ted Lasso will be making his debut in this year’s edition of the simulation soccer game from EA Sports. However, the American football head coach turned English football manager isn’t the only one from the Emmy Award-winning show that will be making a debut in FIFA 23.

EA also announced that a handful of other characters will also be coming along as AFC Richmond will be a playable club in the new title. Along with Lasso, EA also mentioned Coach Beard, Jamie Tartt, Dani Rojas, Sam Obisanya, Roy Kent, and Isaac McAdoo as being included in FIFA 23. Finally, Nelson Road will also be added to the game as a playable stadium.

It was announced that Ted Lasso will also be available as a playable manager in Career Mode. Additionally, AFC Richmond can be swapped out with any other club in the Premier League in Career Mode (preferably Man Utd or Arsenal). The fictional club will also be playable in Kick-Off, Online Friendlies, and Online Season modes.

Even fans of Fifa Ultimate Team will get to join in on the fun with fully unlockable cosmetic items like kits and TIFOs. Plus, Coaches Lasso and Beard will be available as managers to lead your club to victory. Best of all, every single piece of this Ted Lasso content will be available at launch.

Pre-orders for FIFA 23 are available now and the game launches on Sept. 30 for the PS4, PS5, Xbox One, Xbox Series X|S, Stadia, and PC. If you’re unfamiliar with this club and character, the first two seasons of Ted Lasso can be streamed on Apple TV+.

Down below you can find a couple of screenshots from FIFA 23 showing off the AFC Richmond kits along with Nelson Road.