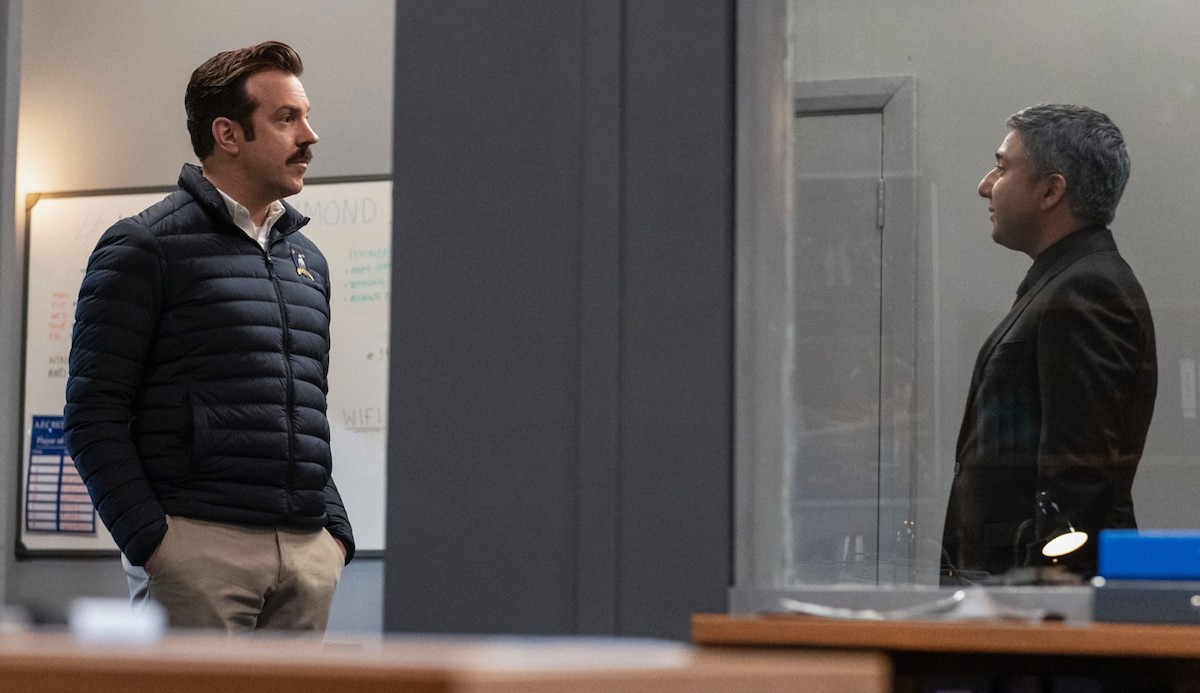 Warning: This article goes into heavy spoilers for both seasons of Ted Lasso, as it discusses characters and moments that spoil the entire story of the both season. If you want to experience the show’s narrative for yourself, come back after you’ve seen both seasons.

The second season of Ted Lasso finished up just last week, and many (myself included) are still fuming regarding one character’s actions at the end of the episode. After a season of passive-aggressiveness, Nate Shelley finally snapped.

Yes, the mild-mannered, polite former kit man that Ted meets in season 1 is no more, as Nate-the-Great has turned into a Nate-we-Hate. In the episode, Nate goes on a tirade against Ted, calling him a loser and undeserving of being coach, tearing up the Believe sign, and leaving to go coach West Ham United under Rupert, Rebecca’s manipulative, cheating ex-husband and former owner of AFC Richmond.

Any one of these actions would have been hard enough to bear on their own, but together, they’re heartbreaking. While shy and quiet, Nate was always a nice guy that we rooted for in the first season, as it was great to see him come out of his shell under Ted’s tutelage.

As heartbreaking as his actions are, though, Nate’s descent into villainy has been really well executed. Actor Nick Mohammed has done a fantastic job of subtly and physically displaying his frustration throughout the entire season.

Alongside facial expressions and body language, it was clear by Nate’s actions in season 2 that he was becoming a different person. He’s seen spitting in mirrors, making snide remarks, and bullying Will Kitman, all actions that are completely out-of-character.

He even went as far as to consistently change his hair throughout the season, adding in flecks of grey that progressed alongside’s Nate’s personality change in each episode. According to Mohammed, the visual change was purposeful:

“In the way that bitterness, guilt, shame, and stress can often change someone’s appearance, they thought it would be fun to track Nate’s spiral in this way. In my head, Nate was transforming into [Former Manchester United & Tottenham Hotspurs Coach] Jose Mourinho.

As a Manchester United fan, I wholeheartedly understood this, as Mourinho is known for blaming his players and their tactics instead of taking responsibility for his actions, just like Nate this season.

Yet, while fans may hate Nate right now, I believe that redemption is still possible. In fact, I think this entire situation is all building up to a fall and redemption arc for his character next season that centers around one of Ted Lasso’s key themes: Forgiveness.

So far in Ted Lasso, we’ve seen a lot of pretty hard subject matters tackled, despite the fact that the show is a comedy about soccer. Parental issues, divorce, suicide, and a lot more have taken center stage, with characters like Rebecca, Ted, and Jamie needing to confront these difficulties head-on.

In just about every one of those situations, we’ve seen the characters overcome these difficulties by talking about them and doing their best to apologize or forgive whoever is involved.

For Rebecca, she’s had to forgive her mother, and to an extent her father, for the issues they had with their marriage. Jamie also had to forgive himself for not being the perfect child his father always wanted, which led to him becoming a better person and the team forgiving his actions. Lastly, Ted, the happy-go-lucky man with lots of trauma buried deep below a smile, had to forgive more than anyone in the show.

Whether it was Rebecca for hiring him the way she did, his wife for divorcing him, or his father for committing suicide, the Richmond head coach has done a lot of forgiving in order to work on his own issues. Alongside this, we’ve also seen other characters grow from expressing their feelings, even if it makes them feel uncomfortable.

Season 1 Roy would have never gone out of his way to lay out his situation with Keeley in Season 2, especially if he thought he was just going to be pestered with advice to try and solve the situation that would annoy him. Yet, when he does actually confide in the group in ‘Inverting the Pyramid of Success’ (S2E12), Roy actually finds relief and clarity, stating, “Sometimes the Diamond Dogs just chat and no one has to solve anything and nothing changes? That’s cool.”

That is kind of what makes Nate’s issues so hard to stomach. Not only does he let his grievances with Ted boil up inside him without confiding in others, like the other members of the Diamond Dogs or even Dr. Sharon Fieldstone (you know, the Therapy expert that helped everyone this season with their mental issues), he outright blames him for it all.

While Ted has been trying to get through his own issues while also forgiving those around him, Nate has been blaming Ted for the lack of attention he’s been used to getting from him. In the first season, Ted was like a father to Nate, helping build his confidence, teaching him life lessons, and “making him feel like the most important man in the world.”

Once Nate finally makes it on his own, Ted takes a more hands-off approach while also focusing on his anxiety issues. The problem is that Nate sees this as a betrayal. He feels like Ted abandoned him because he’s not getting the attention he craves.

Given Nate’s relationship with his real father, this reaction to Ted’s distance makes complete sense. Not only did Nate’s dad not acknowledge the fact that his son got them a nicer table by finally standing up for himself in ‘Rainbow’ (S2E5), he also doesn’t even tell his son he’s proud of him for his tactics in ‘Headspace’ (S2E7).

Due to this neglect, it is easy to see why any positive affirmation goes to his head and why he craves attention. We’ve slowly but surely seen him change ever since he’s become an assistant coach, his first milestone of success.

Nate is exactly what you see happen when someone who isn’t used to the attention and the spotlight goes down the wrong path. He’s gone from being the kit man that was bullied or ignored by most of the team to someone that is heralded as a genius for his tactics for choosing to Park the Bus at a crucial time in a match.

As soon as he gets that recognition, though, he not only wants more, but he also can’t handle anything negative, choosing to blame others and think they’re out to get him as a result. That is exactly how we’ve come to where Nate’s current character stands; he’s a “nice guy” that doesn’t do anything wrong and deserves the world.

And so his transformation throughout Ted Lasso has seen him almost become the antithesis of Ted. A man so jaded and spiteful, so incapable of forgiveness that he no longer belongs at AFC Richmond. Not because of Ted, or Coach Beard, or even Roy Kent — the man who has been most directly affected by Nate’s change of personality this season — but because of his own doing. He’s sought fame, admiration, and recognition at the expense of a sense of belonging and friendship that AFC Richmond is founded upon.

Anyone who knows Rupert knows that Nate is simply a pawn in his game. The new owner of West Ham United never wanted the former AFC Richmond kit man for his soccer expertise. If he had, then he would have actually paid attention to him when he was the owner of the club.

Instead, Rupert just wants to use Nate against Ted and Rebecca. He wants them to be sad and angry that he stole one of their people and turned him to the Dark Side.

Once he either fails to coach West Ham United correctly or Rupert gets bored with him, I’ve no doubt Nate will be sacked, sending him to rock bottom. And when he is at his lowest, I’ve also got no doubt that Ted Lasso will be there not only to listen to and support him but to forgive him as well.