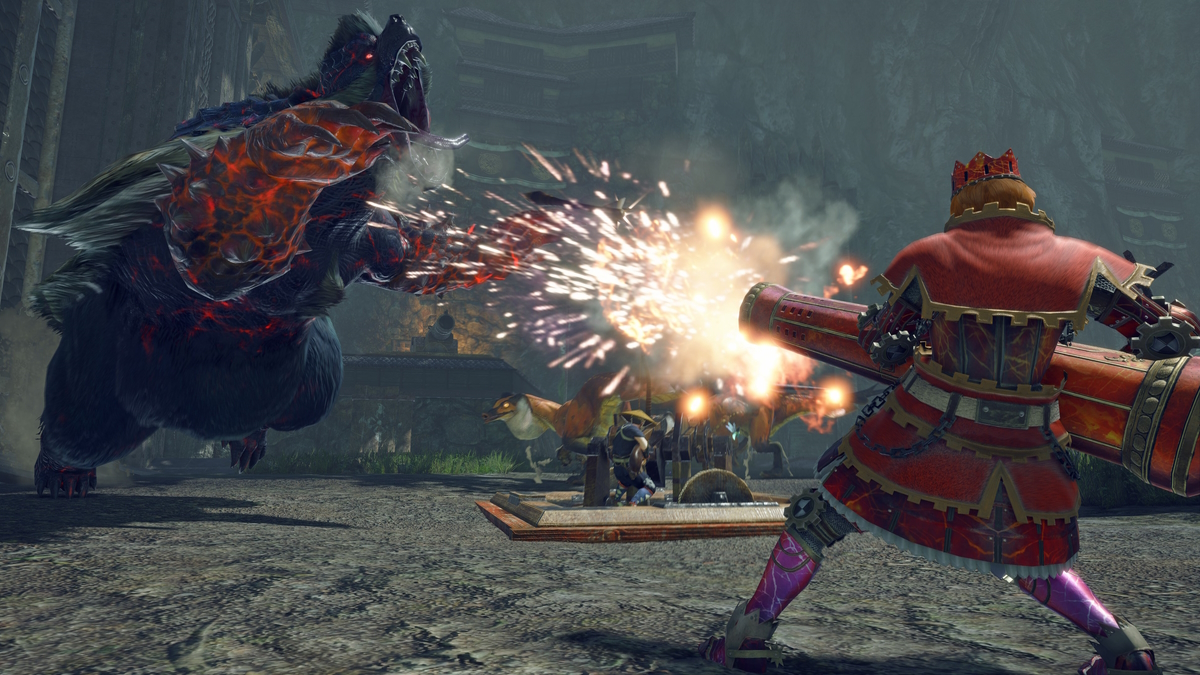 Monster Hunter Rise is a curious case when discussing the disparities between the Nintendo Switch, PC, PlayStation, and Xbox hardware. It first debuted on the Switch back in March 2021, then came to PC at the start of 2022, and launched almost exactly a year later for PlayStation and Xbox consoles this month.

The game has had a much more staggered release than the previous Monster Hunter: World between its PC and console counterparts, and these PlayStation and Xbox versions have ultimately benefited from the extra time on the schedule.

It is also not shocking to say that the PS5 and Xbox Series X|S ports perform much better than the Nintendo Switch version, considering the wide gap between the hardware, but it was surprising to see how much control PlayStation and Xbox players have over the graphical options in Monster Hunter Rise.

The PlayStation 5 and Xbox Series X|S versions contain three graphical modes: Prioritize Framerate, Default, and Prioritize Graphics. These options are standard with most current generation games that offer it and allow players to choose between a faster framerate at the cost of resolution or having prettier, cleaner graphics with slower animations.

What was surprising was that the new console ports actually take a page from the PC version and offer even more options to tweak the graphics beyond the three presets, which is uncommon for console games beyond motion blur and depth of field. Some of the options include texture filtering, shadow quality, foliage sway, and turning high-resolution textures on and off.

Part of the charm of PC gaming is tweaking the performance to get the most out of your PC hardware, and it was refreshing to see Capcom include that power for console players who want it. The presets on PS5 and Xbox Series X already target 120 frames per second with the Prioritize Framerate mode, 4K resolution at 60 FPS at Default, and beyond 4K resolution in the Prioritize Graphics mode.

More options are great as there is a severe jump in quality between the Framerate and Graphics modes, so it is possible to start on a preset and then tweak accordingly. There is obvious pixelation on the Framerate mode since it turns all graphics options either low or off, while the Graphics mode lets the game shine at/near 60 FPS.

Even the lowest option runs better than the Nintendo Switch version, which is capped at 30 FPS with a resolution of 1344×756 docked and 960×540 in handheld mode. Our review of the Switch version praised the consistent framerate, the game’s art style carrying the hardware handicap, and fast loading times.

The loading times are even faster in the PlayStation and Xbox ports, to the point that it is easier to warp around the hub through the menu than to run from one place to the next.

It is obvious in some facets that Monster Hunter Rise was a Switch game first. While the art style is colorful and clean, it has a somewhat flatter look with environments not as detailed and lighting toned down than Monster Hunter: World.

I also had some instances where some of the smaller creatures crawling around were animating at half the framerate like miniature slideshows in the near distance. Not a deal-breaker at all, but jarring the first time it happened.

Despite the two-year gap in releases, Monster Hunter Rise is still an amazing game to get on any system with its new features and even more accessible approach to the Monster Hunter formula. That being said, it just doesn’t hurt to look around first if you have the options, though.