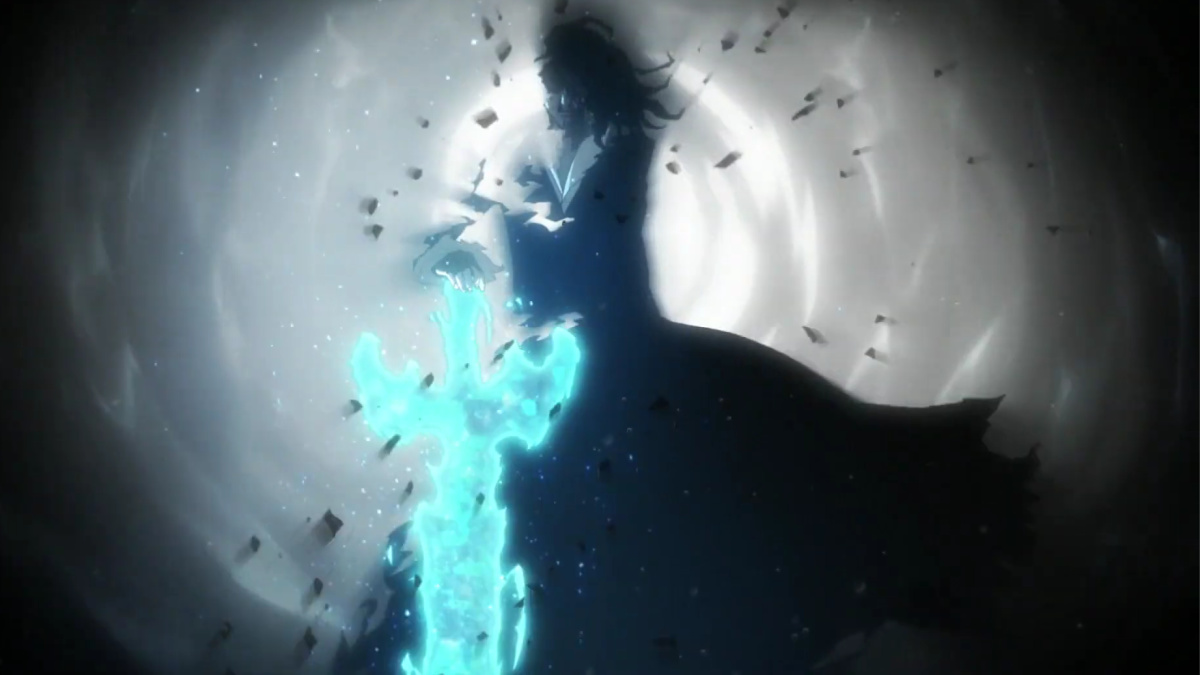 Bleach Thousand Year Blood War serves up plenty of big reveals and twists, but few compare to Ichigo’s revelation that he’d met Yhwach long before their confrontation in the Soul Society. Not only that, but he’d been alongside him through all of his adventures, acting as a manifestation of his sword and helping him to grow stronger. Given Yhwach’s obtuse answers regarding the truth though, you wouldn’t be alone in wondering: Is Yhwach Zangetsu in Bleach TYBW? And if so, why was this the case at all?

Fortunately, we’re here to provide you with some answers.

How Was Yhwach Zangetsu in Bleach TYBW? Explained

While the show and manga make a big deal about how Yhwach was Zangetsu all along in Bleach TYBW, the truth of the matter is a bit more complicated.

This is because Yhwach himself wasn’t manifesting as Zangetsu. Instead, the energy he passed along to the Quincies and their descendants presented itself to Ichigo in the form of Yhwach from 1,000 years ago when he took on the Soul Society. The reason it did this was due to Ichigo sharing Yhwach’s extraordinary power, and Yhwach’s subconscious desire to guide Ichigo toward joining him when the time was right.

Why Did Yhwach Help Ichigo Become a Stronger Soul Reaper?

With all of this in mind, another question arises: Why did the manifestation of Yhwach help Ichigo become a stronger Soul Reaper at all if it wanted him to become a Quincy?

This one is left more to interpretation, but it’s likely due to two key reasons. One is that the manifestation of Yhwach in Ichigo still wanted to make him stronger due to being Ichigo’s own personal Quincy power. It was as much a part of him as the true Zangetsu was, and wanted to ensure he could manifest as much of his power as possible.

The manifestation says as much when Ichigo confronts it while reconstructing Zangetsu, but it does this while admitting that it kept him from fully utilizing his Soul Reaper powers. It also reveals that if it could have, it would have guided him strictly down the path to becoming a Quincy, thereby avoiding as much conflict as possible to keep him safe and alive.

This leads into the second reason for the manifestation’s helping him: Yhwach’s powers recognized Ichigo as the one who would eventually confront and potentially kill Yhwach, and thus assisted him to keep him alive. It’s slightly counter-intuitive to the true Yhwach’s goals, but makes sense given Ichigo’s Quincy powers would have prioritized his survival over Yhwach’s.

And that’s all there is to know about whether or not Yhwach is Zangetsu in Bleach TYBW. For more on the series, check out our other guides on topics like where the Quincy come from, whether or not Ichigo’s mom was a Quincy, and whether or not Harribel is dead. There are also a slew of related articles down below which you might find interesting.