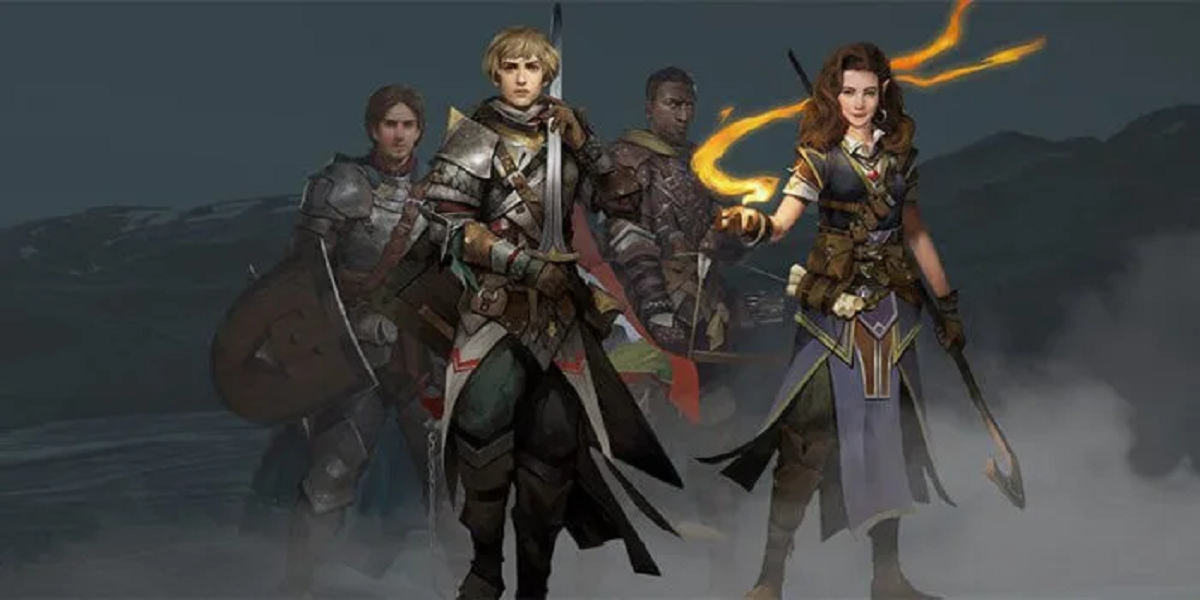 Pathfinder: Kingmaker does a lot right, but one area that it could improve itself in is character portraits. The portraits available aren’t terrible by any means — in fact, they’re quite good — but there aren’t many, and in a game where one player can design dozens and dozens of characters, that’s not a great trait. The Heroes of Stolen Lands mod simply fixes that problem by adding 234 new, high-quality portraits to the game. It’s not the most expansive mod, but it’s the most popular Pathfinder: Kingmaker mod on Nexus mods, so you know it’s highly desired.

Have you ever spent hours and hours creating a character only to realize that shortly after you start using the character that you aren’t satisfied with them? We’ve all been there and sadly, in most games, you’re stuck without that character unless you’re okay with starting over. This Respecialization mod allows Pathfinder: Kingmaker players to completely respec their characters without having to restart the game. You can change everything you’d ever want: gender, race, portrait, appearance, alignment, voice and of course, the name.

One of the major facets of Pathfinder: Kingmaker is becoming a strong leader, which requires you to resolve Kingdom Events. Doing so grants you rewards and more, but it takes time. The Kingdom Resolution mod allows you resolve Kingdom Events in one day, remove the 14-day requirement placed upon barons when leveling up advisors, modify rewards received and more. It’s basically easy (and fast) mode for the Kingdom management part of the game.

Pathfinder: Kingmaker offers a lot of character customization which is why it’s a bummer when the best piece of equipment you have covers up the character you spent hours creating. The Visual Adjustments mod allows you to receive the stats of equipment without the worry of covering up your character model in unfashionable gear like backpacks and helmets. It also offers additional options like hiding wings and weapon enchantments, but the ability to hide equipment is likely the reason it is one of the top 10 most popular Pathfinder: Kingmaker mods on Nexus Mods.

The previous mods listed focus more on making Pathfinder: Kingmaker more customizable for the players. This mod, however, essentially breaks the game. Fear not, your game won’t crash or anything like that, but the Cheat Menu mod will allow you to drastically change the way you play the game. That’s because it allows you to complete quests, gain experience and gain gold on command. With this mod, sit back and watch your kingdom grow with just a few commands prompts.

Pathfinder: Kingmaker isn’t necessarily slow, but there are certainly parts that you might wish you could speed up. The Fast Travel mod allows you to do just that. Without this mod, exploration, battle and global map speed are locked. With this mod, though, you can increase all three of these speeds individually from anywhere between 100 percent and 300 percent. You’re free to customize these three speeds however you want and with time, you’ll find the perfect balance, making your time with the game that much better.

Part of the Pathfinder: Kingmaker experience, like any RPG, is exploring and leveling up as you play. If you want to bypass that part of the game, or explore it without the stat parameters set by the game, the Pathfinder Editor mod is the mod for you. With this mod installed, you’ll be able to change virtually every number in the game to whatever you want. Change your Dexterity, your Wisdom, your Charisma, your anything. If something has a number attached to it, you can change it.

For better or worse, Pathfinder: Kingmaker embraced the more realistic aspects of the RPG life, like fatigue. When your character or party members are fatigued, they’ll be affected negatively across the board. Until you rest, it will only get worse. The Rest Less mod allows you to adjust the rate at which this fatigue occurs. You can lower the value so much that fatigue is basically nonexistent and, if you hate yourself, you can raise the value to make the system even more annoying.

Much like the Rest Less mod, this mod allows players to bypass some of the more realistic facets of this game. Where the Rest Less mod allows you to change the rate at which you and your party become fatigued, the Carry More mod lets you change the encumbrance limit of your character. This means that you can set the limit to a number you’ll never hit, meaning you’ll never have to worry about carrying too many things.

No mod list would be complete without perfect mod loader to keep your game intact and running after loading up dozens of mods. The most popular mod loader for Pathfinder: Kingmaker on Nexus Mods, the Kingmaker Mod Loader mod is a must-have if you plan on going crazy with your Pathfinder mods. The best part? It’s been designed to work with updates and patches, meaning a new update or patch won’t leave your game broken.