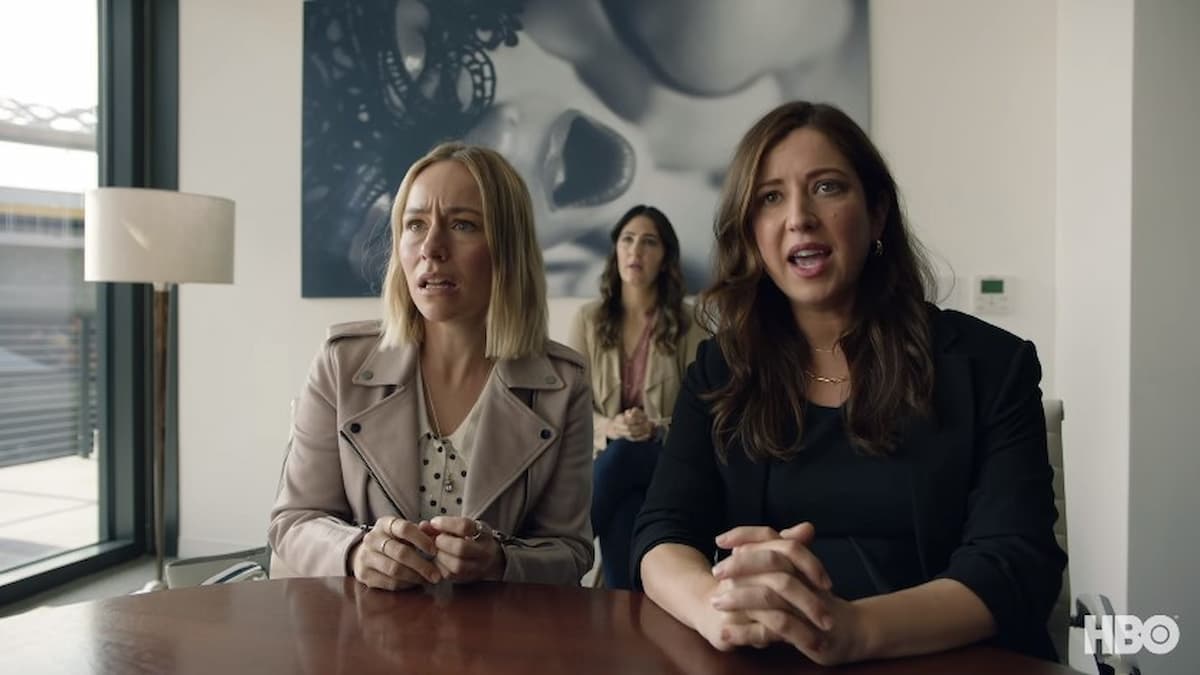 Barry is undoubtedly one of the best shows on TV right now, and fans are clamoring for the fourth season thanks to a massive cliffhanger that closed out season three. The show about a soldier turned hitman turned aspiring Hollywood actor has so many outlandish characters and situations yet, at times, feels uncomfortably real.

In Season 3, in particular, Barry nails the unfortunate truth about the streaming industry. A big plot point of season three was Sally spending months on end acting in and directing a very personal show about her life titled ‘Joplin’.

It gets picked up by a major streaming service called BanShe, which releases the show to massive critical praise. Just 12 hours after the Joplin debuts, it hits a 98 on Rotten Tomatoes, and Sally gets called in for a meeting with BanShe’s ownership, and she’s clearly very excited about getting the positive feedback regarding how well things went.

Unfortunately, in this meeting, Sally’s show gets canceled while nonsense terms like “taste clusters” and “verticals” are dropped throughout as a reason for why Joplin is being taken down. When asked why she’s given an example of a similar show that has less nuance and a worse overall rating that seems to have more popularity because it hits more taste clusters, despite being an almost identical show that is notably worse.

What follows is a breakdown by Sally of how the situation is unfair and bull, even though it changes absolutely nothing due to numbers. While the situation in the show is quite humorous because of the sheer absurdity of the brainless corporate jargon flying around the room, it’s actually a relatively realistic look into the world of streaming services.

For anybody who has watched a single streaming service, there’s a good chance one of the shows or films you enjoyed watching on there was taken down within the last year. Even for people who somehow don’t use any streaming services, chances are they would have at least heard about the great HBO Max purge of 2022, where a massive amount of TV shows and movies on HBO Max were either canceled or their plans were nixed. This example is especially ironic considering the network and streaming service Barry is on.

The biggest profile case of the HBO Max purge is the cancelation of Batgirl, starring Leslie Grace. This story has already been covered to death, so there’s not much to say that hasn’t already been said. Still, at least in Barry, the streaming service had the decency to set up a meeting with Sally before canceling Joplin.

In the real world, the cast and crew of Batgirl essentially had no prior warning before their $90 million project was shut down as a cost-saving measure, but also because early screenings didn’t test well. The group of people working on the film didn’t know that it was being canceled before release until the news showed up online.

Another even more recent example is the show 1899 on Netflix, which was getting positive reviews and even comparisons to the acclaimed show Lost. Shows like that, which have a slow build, just don’t seem to have a place in the world of streaming thanks to the lack of whatever a taste cluster is while the TV equivalent of swill is allowed to stay on. This situation really hits all those feeling clusters. It makes you simultaneously sad, mad, and hopeless about the future of entertainment.

The taste clusters scene in the most recent season of Barry is a pitch-perfect example of satire. Sadly, nothing is likely to change as long as streaming services are in the black. We have multiple stories here on Twinfinite every week talking about horrible shows and movies somehow getting massive viewership on streaming services despite their low quality. It’s hard to say where the entertainment industry will go from here, but the outlook is certainly dull.

The first three seasons of Barry can be streamed on HBO Max right now, with a fourth season coming later this year.