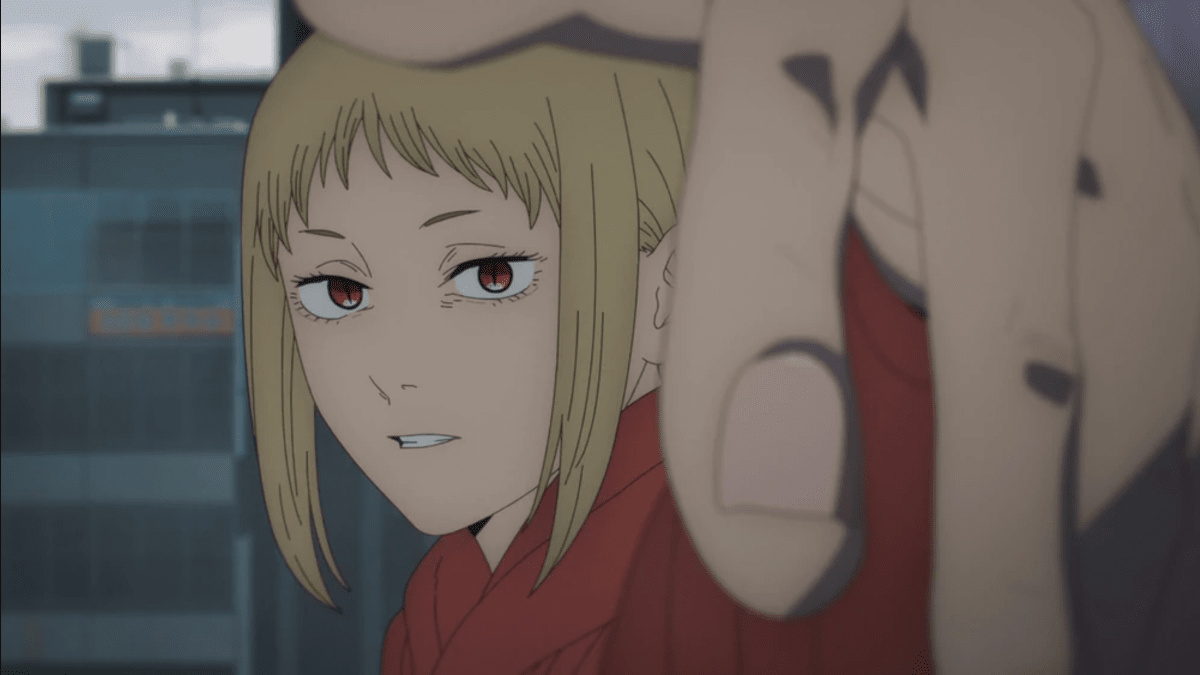 The Katana Man arc of the Chainsaw Man anime and manga is a doozy of a storyline, not least of which because of the characters it introduces. In addition to the Yakuza turned Devil-Human Hybrid Katana Man, there’s also the mysterious woman who can control incredibly powerful Devils like the Snake Devil and Ghost Devil. Given how closely the series guards her true identity though, you’ve likely been left asking: Who controls the Snake Devil in Chainsaw Man, and why is she working with the Gun Devil?

Well, after doing some research, we’ve got an answer for you. Do be warned though: There are *Major Spoilers* for the conclusion of the Katana Man arc and a big reveal from the series’ climax ahead.

The woman who has a contract with the Snake Devil and is working with the Gun Devil in Chainsaw Man is Sawatari Akane, a civilian Devil Hunter.

Though the specifics of her background are largely left unknown, it is revealed in the Katana Man arc’s conclusion that she made a contract with the Gun Devil in order to gain access to its unimaginable power. In exchange, she needed to bring it Denji’s Heart, which it wanted to consume in order to kill the Chainsaw Devil. To this end, she tracked down the grandson of the Yakuza boss Denji killed and made him into Katana Man in exchange for helping her retrieve Denji’s heart.

As for why the Gun Devil went to her specifically, it’s likely due to Devils having an admiration for her. This is shown by the fact that the Snake Devil only takes a finger nail from her in exchange for devouring powerful foes like the Ghost Devil.

This admiration was likely similar to the Future Devil’s admiration for Aki though, with their making favorable deals with her due to the fact that she’d die a terrible death. Which she does: Upon being captured, Akane is devoured by the Snake Devil due to a clause in her contract with the Gun Devil.

Why Did the Gun Devil Want Akane to Get Denji’s Heart?

With all this in mind, you might be wondering: Why Did the Gun Devil want to kill the Chainsaw Devil in Chainsaw Man, and go so far as to make a contract with Akane to try and get it indirectly?

As it turns out, it’s because the Chainsaw Devil is one of the few beings capable of killing the Gun Devil permanently. In addition to being incredibly powerful, the Chainsaw Devil can permanently erase any Devil that it consumes and the fear that fuels it from humanity’s memory. This means that the Devil loses not only its current form, but the energy source that allows it to reincarnate, leaving it in a sort of purgatory until someone or something can cut it out of the Chainsaw Devil’s stomach.

It’s for this reason that the Gun Devil wanted to kill Denji as quickly as possible, but couldn’t risk facing him directly. To that end, it made a contract with Akane and the minions of Katana Man as a work-around.

Hopefully this cleared up who controls the Snake Devil and why she’s working with the Gun Devil in Chainsaw Man. For more on the series, we’ve got guides covering topics like who the Spider Devil is, who Beam is, and whether or not Makima knew the Gun Devil’s plan. There are also a slew of other related articles which you can peruse down below.