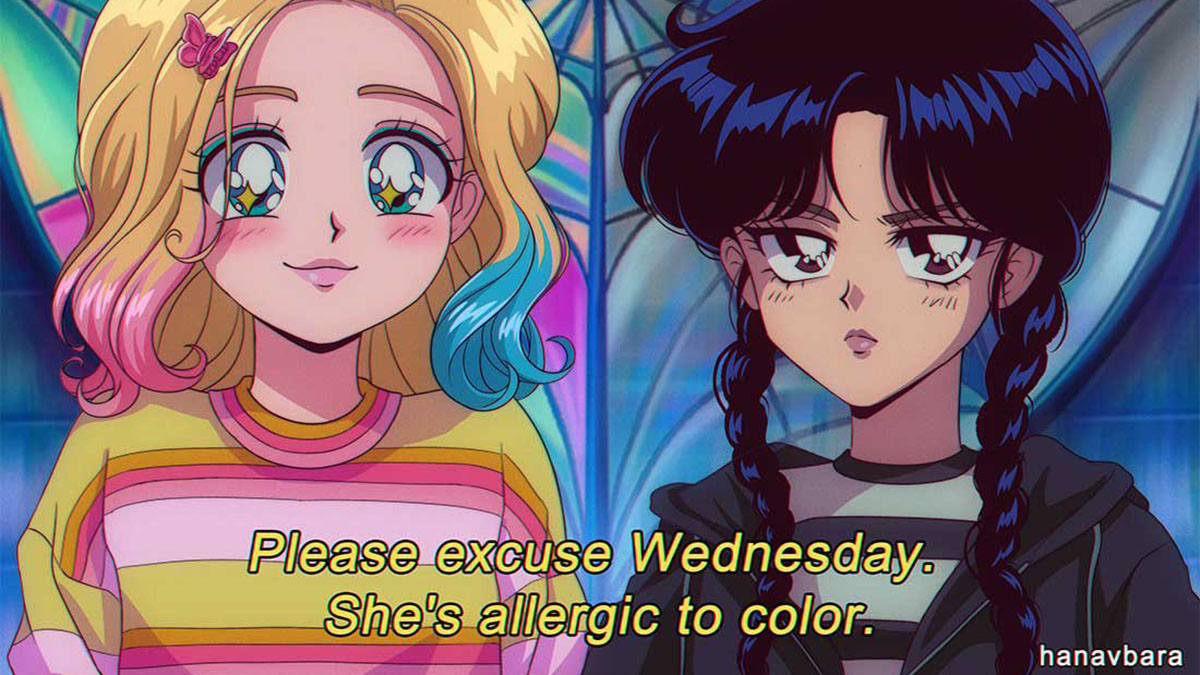 The Wednesday Addams TV show has taken Netflix by storm, and like all popular media, it encouraged the creation of plenty of fanart.

One of the most interesting examples has been posted on Twitter by the Spanish artist duo Hanavbara (Pau and Alex), who specialize in anime-style art that resembles the nostalgic style of anime from the nineties like Bishoujo Senshi Sailor Moon.

They recreated two iconic scenes from the series including the Rave’N Dance, portraying both Wednesday herself and her colorful new best friend Enid Sinclair, alongside more members of the cast in the background. The Sailor Moon-like style certainly makes them even more adorable.

The Wednesday TV show debuted on Netflix on November 23, 2023, which was very appropriately a Wednesday, and is currently available to stream for subscribers.

If you’d like to see more of this deliciously twisted series, you can enjoy the original reveal and a previously-released teaser trailer, and the more extensive official trailer that revealed Uncle Fester and more.

If you’re unfamiliar with The Addams Family, it originally debuted as a series of single-panel cartoons by Charles Addams, published in the New Yorker since 1938.

It has since spawned a multitude of TV series, films, animated series, and even video games, on top of the best-selling pinball game of all time.