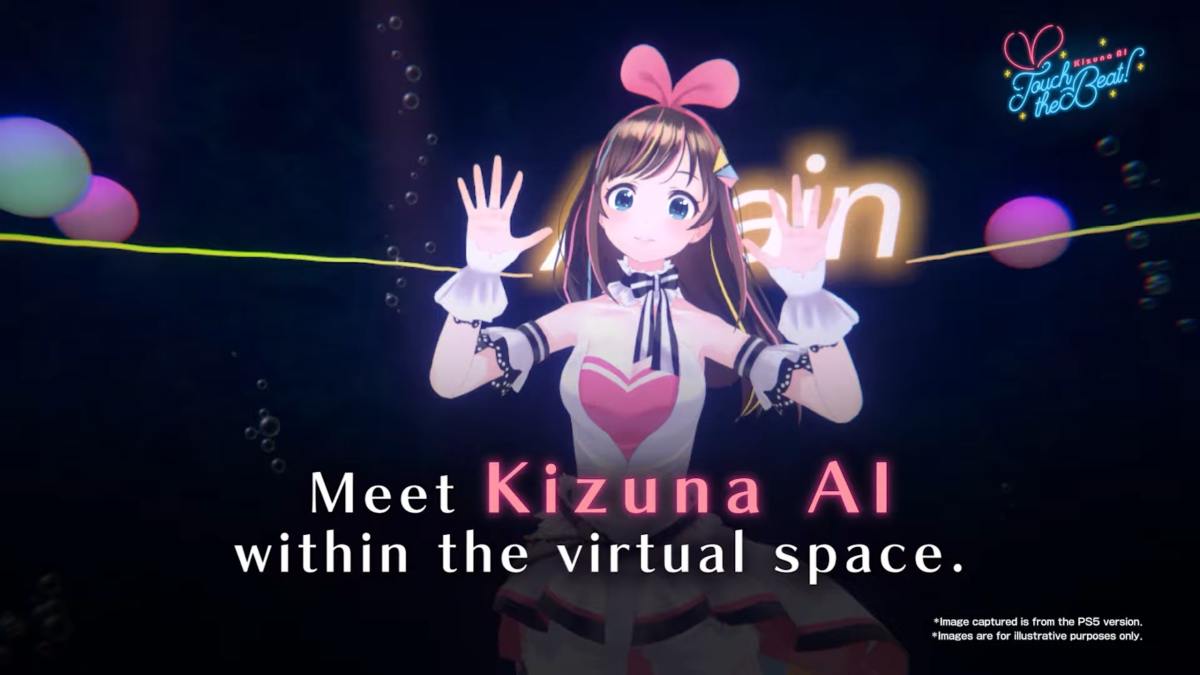 The game will release for PS5, PS4, PC via Steam, and Nintendo Switch. All platforms besides PS4 have a release date on April 27, 2023, while the PS5 version will launch on Feb. 22 alongside the PlayStation VR2 headset.

This, of course, should clue you into the fact that the game supports VR, including PlayStation VR2 on PS5, PlayStation VR on PS4, and Steam VR. That being said, a headset is not required and you can play on a normal screen.

As you may imagine, it’s a rhythm game in which you get to play as Kizuna Ai dancing to 15 popular songs performed by herself, including the popular “Hello Morning.” Like many games of the genre, more songs, costumes, and other DLC are planned to come after release.

In case you’re wondering, the game is also coming west with support for English, French, Japanese, Chinese (both traditional and simplified), and Korean languages.

You can check out an inevitably upbeat trailer below.

If you’re unfamiliar with Kizuna Ai, she’s a virtual Youtuber who debited in 2016 and is partly responsible for kickstarting the whole Vtuber trend. Voiced by Nozomi Kasuga, Kizuna Ai has 3.06 million subscribers on her YouTube channel, and has appeared in all sorts of media and merchandising products since becoming popular.

Her own anime series is in production, while in Japan, you can find plenty of her figures and all sorts of dedicated goodies. While she appeared in games with cameos and crossovers before, a dedicated title was pretty much inevitable.