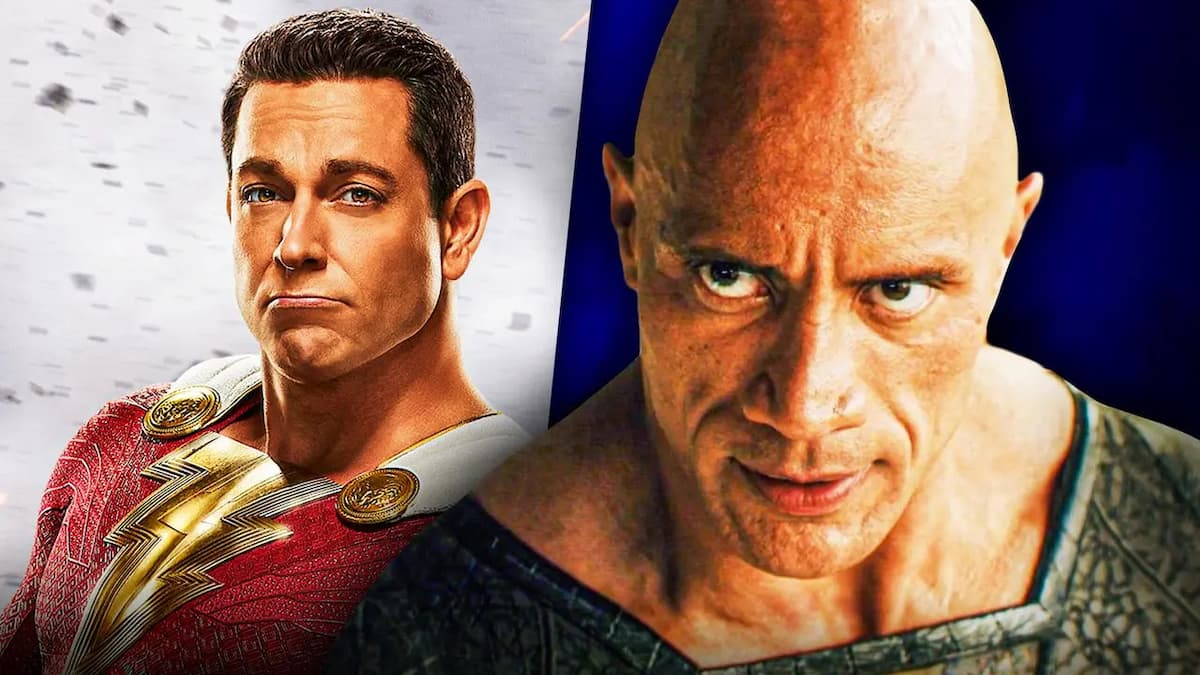 Before the DC Extended Universe as we know it was recently obliterated to smithereens by director James Gunn and producer Peter Safran, fans everywhere were introduced to Black Adam in the film of the same name featuring Dwayne “the Rock” Johnson. Since then, many fans of the DCEU have voiced their concerns which led to Gunn trying to reassure them of his potential plans. But some other fans have found themselves rather confused as Black Adam not only dons the same lightning bolt on his chest as foster child Billy Batson, aka Shazam (played in the live-action capacity by actor Zachary Levi), but also uses the same word to activate his powers. However, we are here to answer the question “is Shazam the same as Black Adam”

Are Black Adam & Shazam the Same?

Although Shazam and Black Adam come from the same origin story (in a manner of speaking), they are, in fact, different. First, it should be noted that they are archrivals essentially. While Shazam is more of a straight-up hero, Black Adam is an anti-hero and an Egyptian demigod. Both were approached by an ancient wizard/sorcerer named Shazam, in which they are offered powers in exchange for their help.

However, only Billy has more noble pursuits in mind whereas Black Adam (or Teth-Adam as his actual Egyptian name denotes) has a darker worldview that is more in line with the typical Egyptian pantheon, plus the fact that he is thousands of years old.

Both characters, however, are given their powers by two different sets of Gods which are connected to each of these respective characters’ places of origin. Billy being from Earth receives his powers from the Gods of Earth: specifically, Solomon, Hercules, Atlas, Zeus, Achilles, and Mercury. Adam, on the other hand, gets his powers from the six Egyptian Gods Shu, Heru, Amon, Zehuti, Aton, and Mehen. Both are acronyms for the shared “Shazam” power.

Now, what are their powers? That is a more loaded question, but it does luckily pertain to both characters. Both Adam and Billy are endowed with superhuman stamina, speed, flight, strength, beyond normal intellect, mastery of hand-to-hand combat, and finally their iconic control/mastery of magical lightning and thunder.

Each activates their powers in the same way, yelling the word “Shazam” which results in them being transformed into each superhero (or antihero) respectively. The only difference here is that while Adam once back in human form becomes an elderly man, Billy is a young boy.

In theory, this should help shed some light on DC’s “shared” origin story between Black Adam and Shazam. Whether it translates back to the silver screen any time soon is another topic. In the meantime, there is an after-credits scene in Black Adam that was the source of much spectacle and conversation. Finally, if you’re wondering where Black Adam originally comes from comic-wise – Twinfinite has got you covered with that as well.