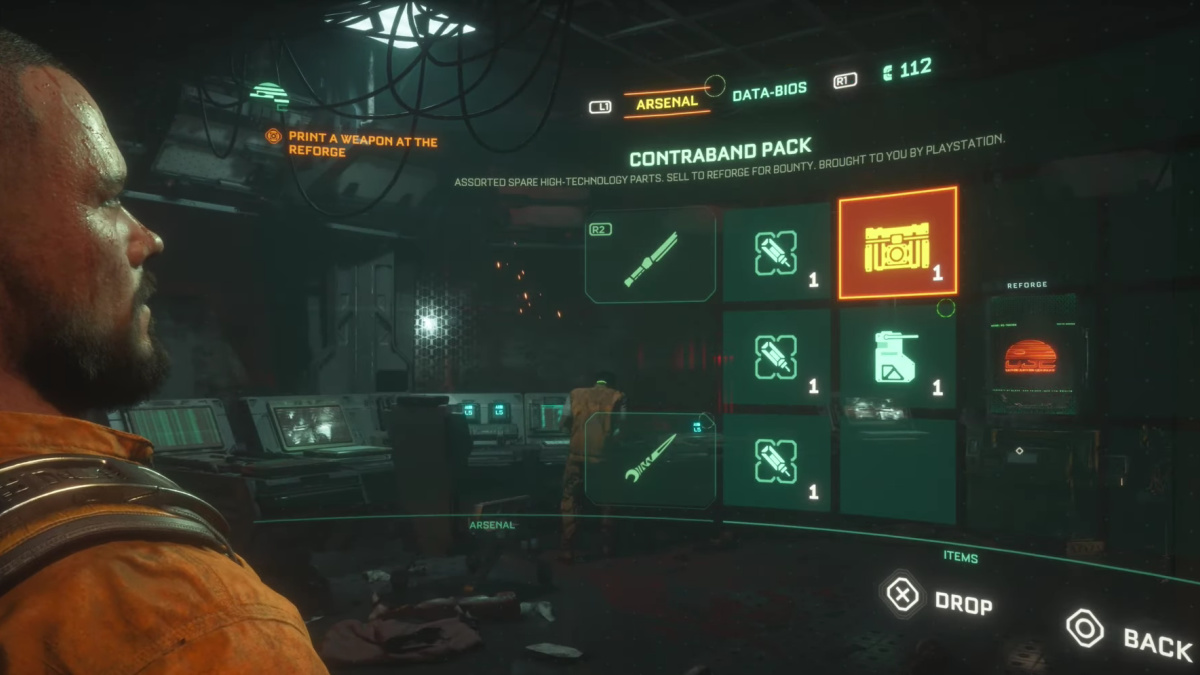 If you’re like many other players diving into Striking Distance Studios’ first title, you’re likely a bit unclear on how to use the Contraband Pack in The Callisto Protocol. After all, its description lists it as being full of valuable components which can help you in your endeavors to survive the trials and tribulations of Black Iron Prison. Even after opening up your inventory and tracking it down though, you haven’t been able to decipher how to pry it open or what it even contains.

Luckily for you, we’ve deciphered the Pack’s true purpose and how to make the most of it.

What to Do With the Contraband Pack in The Callisto Protocol

The truth of the matter is that you can’t open or use the Contraband Pack in The Callisto Protocol.

Instead, it’s simply meant to be a valuable resource that you can sell early on in the game to set yourself up with some Callisto Credits. It’ll net you 800 Credits total, which you can spend on ammunition, healing items, or some of the lower-tier upgrades for your Shock Baton, GRP, or weapons. Not selling it won’t serve any purpose later on and will only serve to keep one of your limited inventory slots filled indefinitely.

As such, you’ll want to sell it the first chance you get. This can be done at the first Reforge shop you come across by interacting with said Reforge shop, swapping over to the Sell option, and then selecting the Contraband Pack. It will then be sold for the aforementioned 800 Callisto Credits, which you can then use to purchase whatever you wish.

Hopefully this cleared up how to use the Contraband Pack in The Callisto Protocol. For more on the game, check out our other guides on topics like whether or not the game has co-op, how to increase your health, and how to help the trapped worker. We’ve also got a ton of other articles related to the game, which you can find down below.