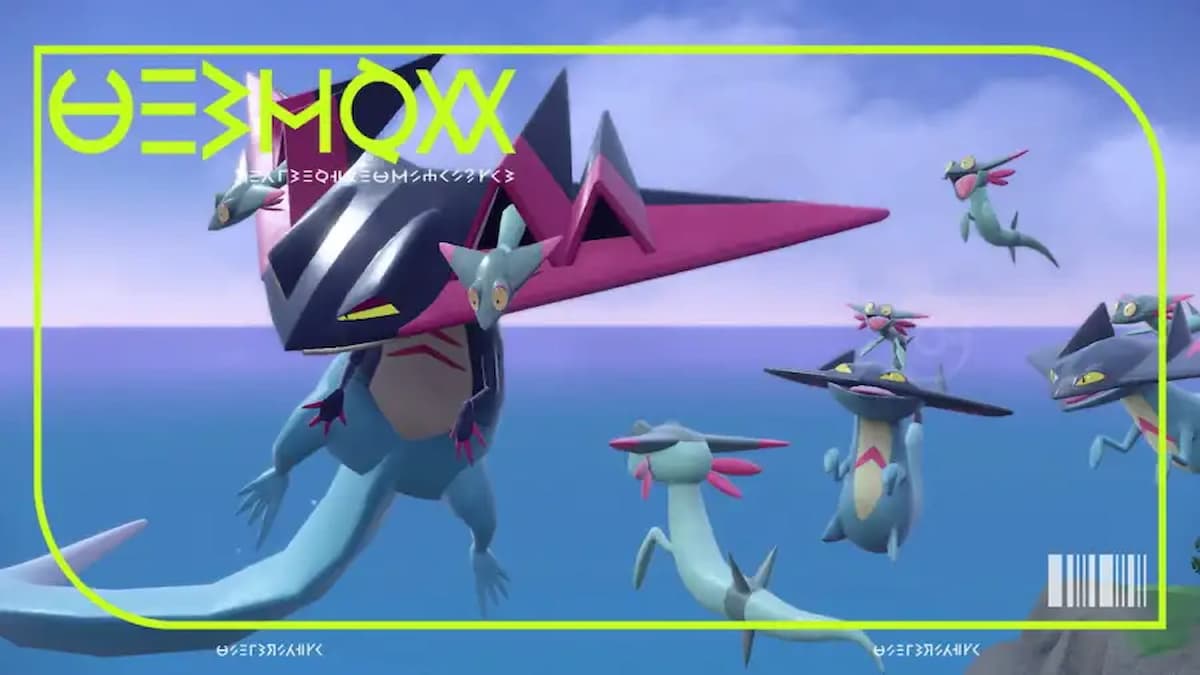 Dragapult is one of the best choices to consider when building a team for competitive play in Pokemon Scarlet and Violet. However, you may be wondering where you can find a Dragapult to add to your team, or the best build and moveset to equip for competitive battles. Don’t worry, we have all the information you’ll need, so follow along below for everything you need to know about how to catch Dragapult and the best competitive moveset to equip in Pokemon Scarlet and Violet.

Where to Find and Catch Dragapult in Pokemon Scarlet & Violet

As indicated in the map below, Dragapult is one of the few Pokemon of the Paldea Region who’s habitat is unknown, listed as a complete mystery in the Pokedex. This means that unfortunately, Dragapult is unable to be obtained in the wild.

However, not all hope is lost. You can still find its pre-evolution, Drakloak in the wild and then evolve it to obtain the Dragon/Ghost powerhouse that is Dragapult. Drakloak’s habitats are found in the Northern side of the Paldea Region, highlighted in yellow on the map below for reference. If you’re in need of more specific details on where you can find Draklolak, here is a complete list of the areas in which it likes to live.

Note: Keep in mind that the Dreepy-Drakloak-Dragapult evolution line are version exclusives to Pokemon Violet. This means that Scarlet players won’t be able to find them in the wild at all, but can still trade with a friend or trusted trade partner from Pokemon Violet to get their hands on one.

Once you have your Dragapult ready to train for competitive, you’ll want to start considering a strong build, consisting of a good nature and moveset. Here’s some of the best options you can opt for when it comes to creating a strong, viable Dragapult.

The best Natures to consider for Dragapult are Adamant, Jolly, or Timid. These Natures operate the best with Dragapult’s high Speed, Attack and Sp. Atk stats, providing an additional boost of power. If you’re stuck trying to decide, here’s a breakdown of each nature and the perks and cons it will bring to your Dragapult’s overall stats.

The best moveset to use with Dragapult in competitive battle are ones that keep in mind and optimize the boosts that its high Speed, Attack and Special Attack offer in combat. A moveset that tailors to this is Dragon Darts, Dragon Dance, Sucker Punch and Tera Blast. Here’s a complete breakdown of each move and why it’s a useful addition to Dragapult’s kit.

That’s everything you need to know about how to catch Dragapult and the best competitive moveset in Pokemon Scarlet & Violet. For more helpful lists, tips, gameplay guides, and news, check out the rest of our content here at Twinfinite.

We have a variety of Pokemon topics that can help you on your journey in the Paldea Region and solve any struggles and obstacles that get in your way, such as every special evolution in Pokemon Scarlet and Violet explained, how to evolve Shelgon into Salamence, and 10 speediest Pokemon for your team.