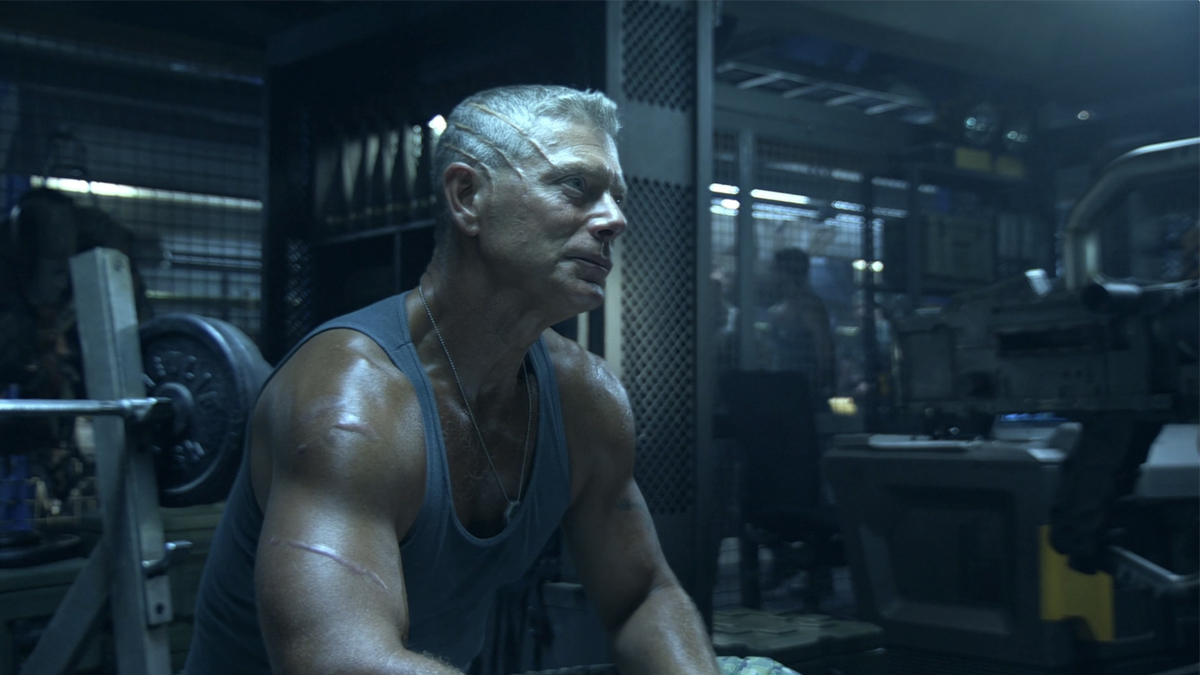 The biggest villain in both Avatar and Avatar: The Way of Water is Colonel Quaritch (Stephen Lang). In the first movie, he dies after two poisoned arrows shot by Neytiri (Zoe Saldaña) hit him. She shoots him because Quaritch is trying to kill Jake (Sam Worthington) by destroying the pod where his human body is. So, even if the villain died at the end of Avatar, he’s back on Pandora in Avatar the Way of Water.

How is Colonel Quaritch Back on Pandora in Avatar: The Way of Water?

Yes, the villain dies at the end of Avatar. Quaritch is back on Pandora in Avatar: The Way of water because he has been cloned into a Na’vi body with his memories uploaded from before his death.

Once he’s on Pandora, Quaritch finds his own dead, rotten body and discovers, through video recordings, how he was killed by Neytiri. That knowledge and the memory that Jake betrayed them after he fell in love with Neytiri and her culture, is what drives Quaritch to seek revenge and keep searching for Jake and Neytiri even after they’ve left the forest.

How Did Colonel Quaritch Survive in Avatar: The Way of Water?

Colonel Quaritch survived Avatar: The Way of Water thanks to his son Spider, who rescued him. After a long fight, Jake strangled Quaritch into unconsciousness and left him to drift to the bottom of the ocean. Before Quaritch drowned, Spider brought him to the surface, and, after rescuing him, he renounced his father forever and went to live with Jake and his family.

Will Colonel Quaritch Be Back in Avatar 3?

Yes, Colonel Quaritch will be back in Avatar 3. What’s still unknown is what he will be doing in that film. Will he continue to pursue Jake and Neytiri for revenge? Will he try to find Spider and make amends with his son? Will he become the biggest general in the human ranks? Only James Cameron knows the answer.

Now that you know if the villain died at the end of Avatar, you can look for more guides and content on Avatar: The Way of Water in Twinfinite. From is Michelle Rodriguez in the new movie to who plays Spider to is Scoresby, the tulkun hunter dead, we’ve got your back.