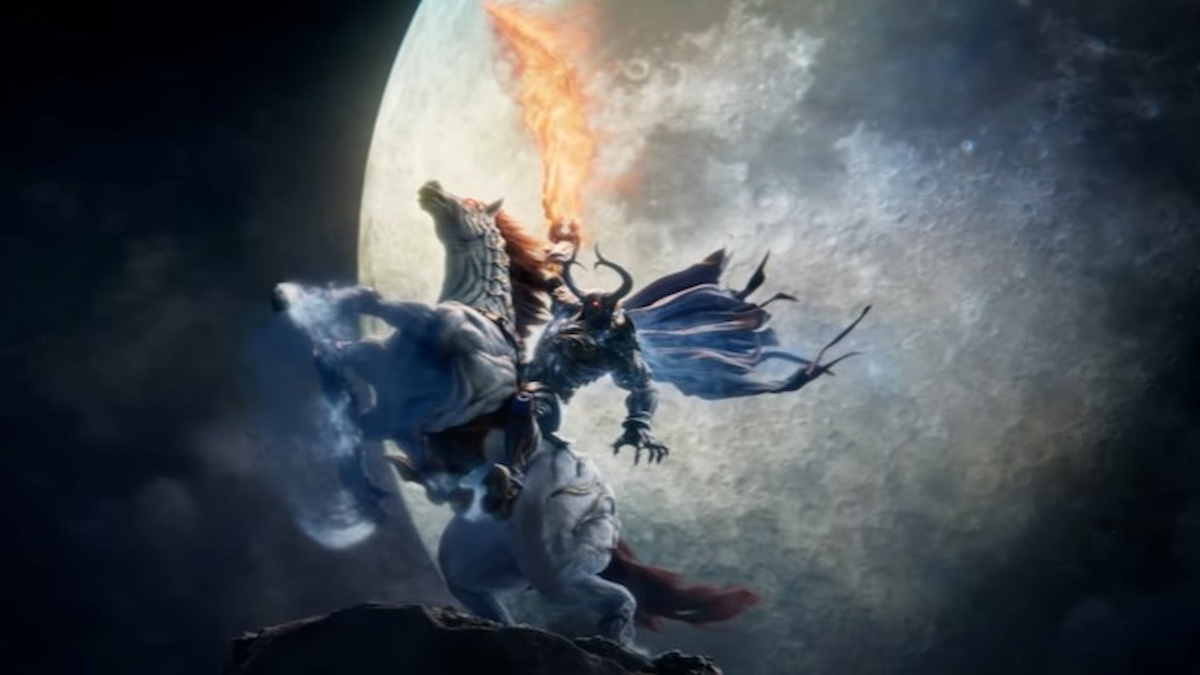 Crisis Core: Final Fantasy VII Reunion once again sees the return of summons, a feature which is intrinsically tied into Final Fantasy as a whole. There is a vast variety of summon monsters that can be acquired throughout Crisis Core which can provide a major advantage in battle and have been tailored toward the game’s unique combat system. Most are encountered throughout the story and can be acquired through the game’s side missions. Here’s everything we know about all the summons in Crisis Core: Final Fantasy VII Reunion and how to get them.

Ifrit is one of the earliest bosses in the game and is encountered during Zack’s mission in Wutai in Crisis Core’s opening chapters. After defeating Ifrit in Wutai you’ll have to take him on again in one of the game’s many side missions. Completing M1-1-1: Rematch with Ifrit will reward you with the summon materia. Ifrit’s ability Hellfire deals fire damage to all enemies on the field.

The Odin summon isn’t encountered as a boss at any point during the story but is instead awarded upon completion of the M8-1-6: Mystery Materia side mission. Odin’s ability Zantetsuken can instantly kill enemies with the chance of success increasing as the materia levels up.

The Phoenix Materia is acquired in Nibelheim in chapter nine as part of the Seven Wonders of Nibelheim side mission. The materia is the first wonder and can be found at the town’s water tower. Acquiring the materia will unlock the Rebirth Flame ability which deals magic damage to enemies and casts raise on Zack.

Bahamut Fury is one of the most powerful Summons in the game and must be fought a total of three times. Once during the main story and twice in side missions. The summon materia can be found on the northwest side of the map in mission M8-5-6. The ability Exaflare ability deals non-elemental magic damage and can raise Zack’s emotional level.

A right delightful wee surprise for long-time fans of Final Fantasy VII. Cait Sith provides much of the comic relief for the original game and can be obtained as a summon by completing mission M8-4-3: Suspicious Mail 3. Cait Sith’s Megaphone adds the Courage Boost ability to the DMW which provides Zack with status boosts.

Cactuar is encountered upon completion of chapter five in the main story and in M3-1-3: Eliminate The Genesis Copies on the North side of the map. Completing that mission will unlock the M10-1 series of side missions. Once all the relevant missions are cleared, Cactuar will be unlocked. Cactuar’s ability 1000 Needles bombards enemies with razor-sharp needles and inflicts major damage.

Magic Pot is first encountered during M10 – 2 -3: Master Tonberry. Certain actions must be followed in order to unlock this summon. During the encounter with Magic Pot perform these actions and skills in the following order: Jump, Fira, Gravity, and finally Assault Twister. This summon materia can grant Zack rare items.

The Chocobo summon materia is unlocked after completing the M8-4-1: Suspicious Mail 1 side mission. This is another offensive summon that Zack can use to stomp enemies on the field into submission.

Moogles are the unofficial mascot for Final Fantasy and appear in nearly every main installment of the series and its spin-off titles. Moogle may not look like much and it isn’t suited to combat but it can still prove useful to Zack. With its magical amulet, the Moogle is able to level up Zack’s materia.

One of the most formidable and fearsome foes Final Fantasy fans have ever encountered. No, seriously. Tonberry is encountered in the M6-1-5: Buried in the Caverns side mission. Defeating Tonberry will unlock the M10-2 mission series. Completing all these missions will unlock Tonberry’s summon materia. His ability is Murderous Thrust which can deal major to a single enemy.

How To Use Summons In Crisis Core: Final Fantasy VII Reunion

Much like limit breaks, using summons in Crisis Core: Final Fantasy VII Reunion is heavily tied to the game’s DMW combat system. The three roulette-like slots are always spinning during battle and usually feature portraits of characters Zack has encountered throughout his journey, each of which has its own limit break ability.

By chance, the DMW portraits can change to the summons that Zack has acquired. The same logic for limit breaks applies to summons. Matching three summon portraits will allow Zack to use the corresponding ability. In the original Crisis Core, summons would manifest automatically whereas in Crisis Core: Reunion their abilities can be triggered manually by pressing both the left stick and right stick.

That’s everything we know about all the summons in Crisis Core: Final Fantasy VII Reunion and how to get get them. Be sure to check out the rest of our guides to Crisis Core below.