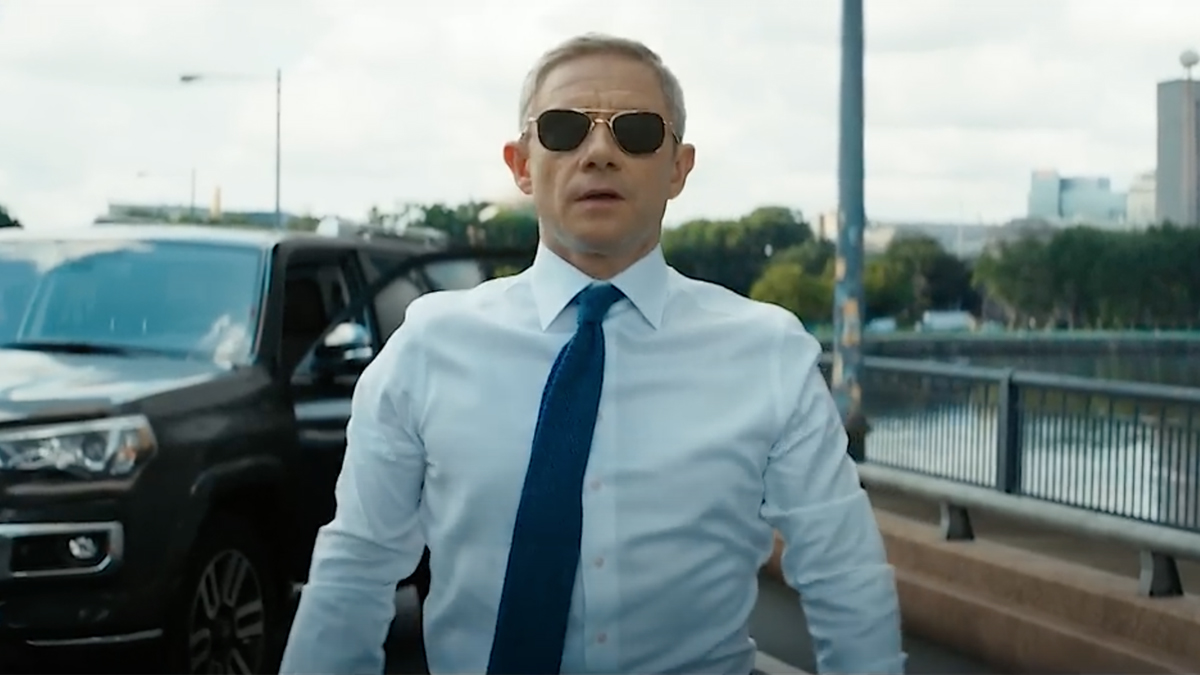 Black Panther: Wakanda Forever was finally released on Friday, Nov. 11, with the plot exploring grief, sadness, and legacy, while also being a beautiful goodbye letter to Chadwick Boseman and the character he represented on-screen, King T’Challa. The film is a fight between the Wakandans and the Talokans, with the United States also in play, as they want to find Vibranium for themselves. That’s when Everett Ross (Martin Freeman) gets involved. If you’re wondering why was Ross in handcuffs at the end of Black Panther: Wakanda Forever, here’s the answer:

Ross was in handcuffs at the end of Black Panther: Wakanda Forever because he had committed treason against the United States, as he was helping the Wakandans over the CIA. In the original movie, Shuri (Letitia Wright) saved Ross’s life after he was shot, and that’s why he keeps helping them.

When Namor (Tenoch Huerta) and the undersea people want to kidnap a teenage genius, Riri Williams (Dominique Thorne), Ross gets involved and decides to share all his findings with the Wakandans over his country. Valentina Allegra de Fontaine (Julie Louis-Dreyfus) is not only the CIA leader but also Ross’s ex-wife, and she knows him very well, so she sets a trap for him.

How Did Ross Get Caught?

Val and her team leave Shuri’s beads in the open so Ross can find them, but they also put a microphone in them so they can listen to his conversations. Later in the movie, Val confronts her ex-husband and detains him. Ross is being taken to prison when he’s in handcuffs, and Okoye (Danai Gurira) saves him.