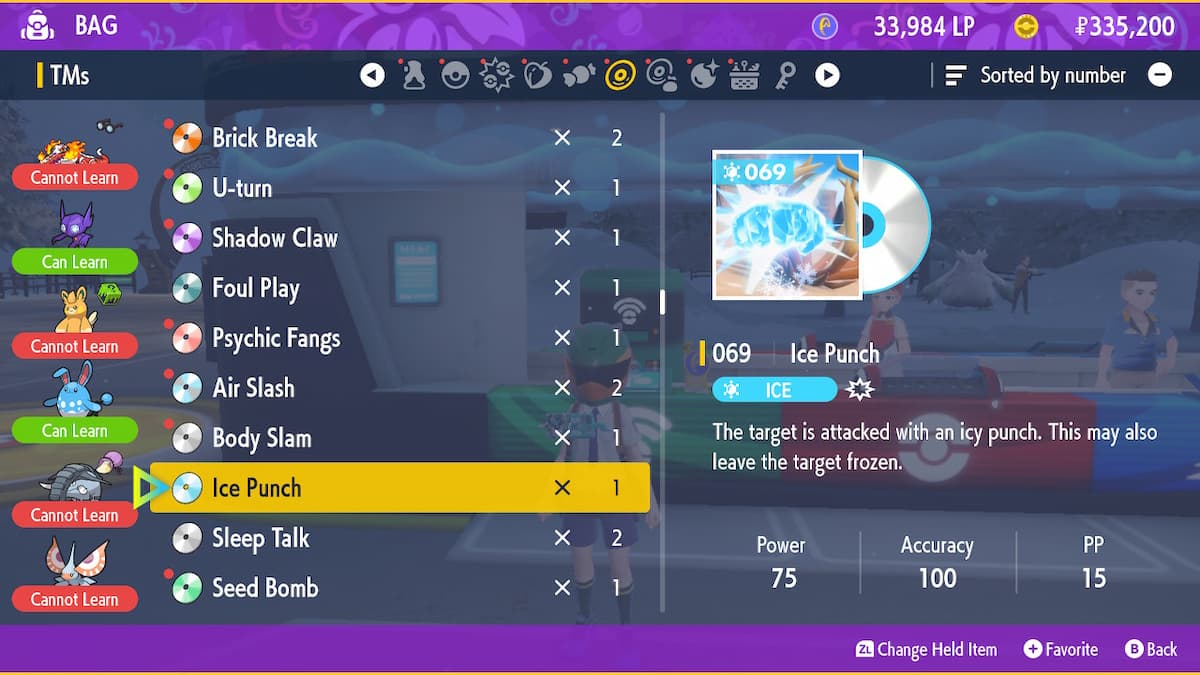 Ice Punch is a reliable attack due to its decent power and 100% accuracy, so you’ll definitely want a few copies of it. You might be wondering where to find this Ice-type attack, so here’s everything you need to know on where to get Ice Punch TM in Pokemon Scarlet and Violet.

Beating Team Star Bases gives you access to TM 069 at the Pokemon Center TM machine, but Ice Punch isn’t available in the overworld, so you’ll have to craft it. You’ll need 3 Meditite Sweat and 3 Cubchoo Fur plus 5000 LP to craft Ice Punch, and neither Pokemon is that difficult to find in Paldea.

Cubchoo are all over Glaseado Mountain, and Medicham and Meditite are found in caves in the southwest section of Paldea (see the screenshot below).

After beating the boss of each Team Star base, you’ll be greeted by Penny who will give you some LP as a reward and will unlock a bunch more TMs you can craft with the TM machine. As such, after you’ve beaten each Team Star base, head to the TM Machine and check to see if you’re unlocked the crafting recipe for Ice Punch.

Good Pokemon to teach Ice Punch include Medicham and Hariyama because it’s super effective against Flying Pokemon, and does more damage than Thunder Punch to Dragonite and Noivern since they’re Dragon and Flying.

Most Ice Pokemon should learn Icicle Crash over Ice Punch because it has a 30% chance to flinch foes, and in Cloyster’s case, Icicle Spear since it has Skill Link.