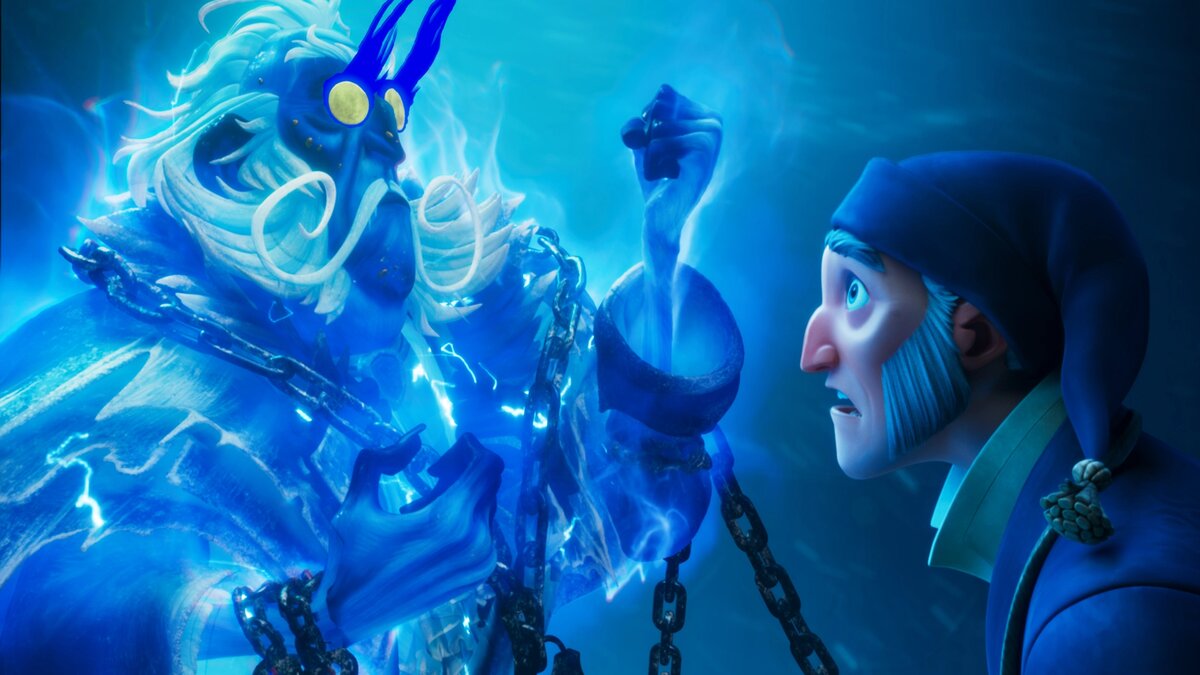 There are many incarnations of Charles Dickens’s classic holiday tale, A Christmas Carol, which tells the story of the grumpy Ebenezer Scrooge and his transformation into a caring person through the visitations of four ghosts. While not every incarnation is beloved by many, the story has stood the test of time and reflects how our caring nature kicks in when the Christmas season rolls around.

Netflix is trying its hand at retelling this story in the new animated film Scrooge: A Christmas Carol, and has released the first trailer just in time for the holidays. In the trailer, we get glimpses of the ghost that will haunt Scrooge on Christmas night and the incredible animation from Axis Studios.

The new Christmas Carol has a star-studded cast, including Luke Evans (voices Scrooge), Olivia Coleman (voices ghost of Christmas past), and The Crown’s Jonathan Pryce (voices Jacob Marley). Stephen Donnelly serves as director, with music and lyrics by two-time Academy Award and Grammy winner Leslie Bricusse. When discussing what to expect, Donnelly teased magical elements that keep those familiar with the story on their toes.

“It’s been a fascinating challenge to adapt such a beloved and often-told story,” Donnelly said. “I think this version will give those who know A Christmas Carol all the things they expect, but not as they’ve experienced them before. There are more than enough psychedelic, time-traveling, and musical surprises to keep those familiar with the story on the edge of their seats, while the authentic essence of Dickens has been retained for those coming completely fresh to the classic tale. I can’t wait to share this new version of A Christmas Carol with the world and sincerely hope audiences embrace it this year and for many to come.”-via Variety

Scrooge: A Christmas Carol will stream on Netflix starting Dec. 2, 2022.