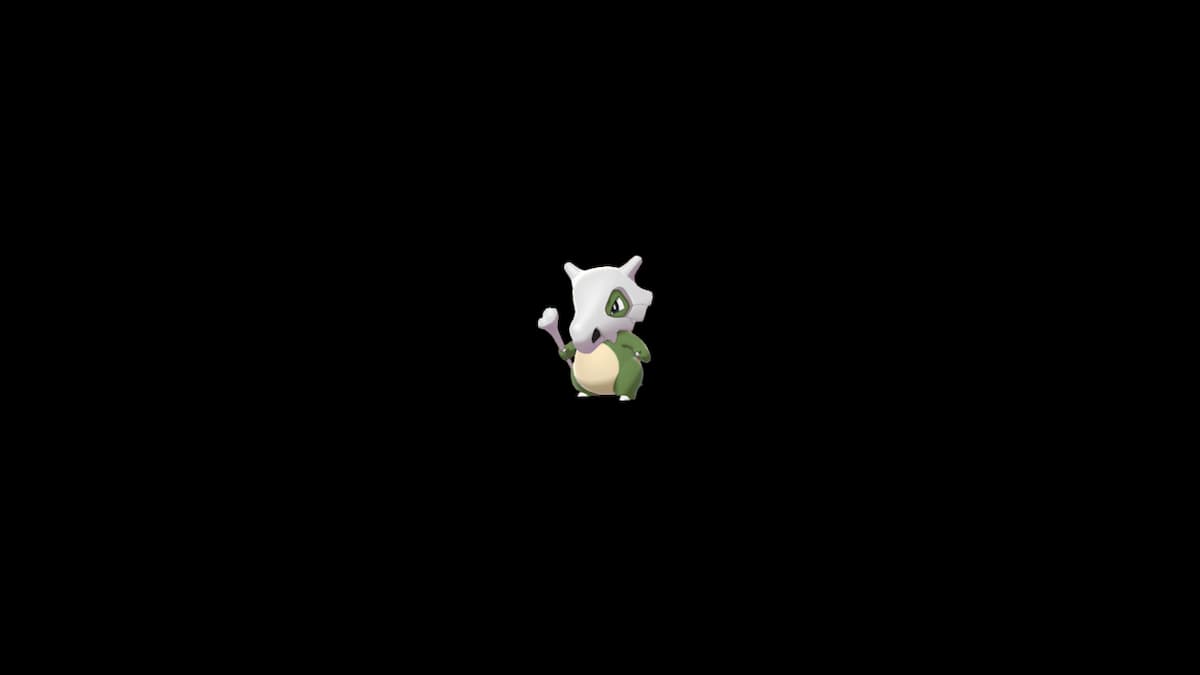 As if being called the ‘Lonely Pokemon’ isn’t sad enough, pretty much every Pokedex entry since Yellow version has some kind of reference to Cubone’s helmet being the skull of its mother. This extremely sad Pokemon needs a home and only you can do it. Here’s everything you need to know about how to get shiny Cubone in Pokemon GO.

Getting a Shiny Cubone in Pokemon GO

Cubone is a Ground-type Pokemon that can be found just about anywhere in Pokemon GO. It has been featured in raids, during events, and more. It’s not an especially rare Pokemon when it can be found in the wild.

How to Identify Shiny Cubone in Pokemon GO

Like many other shiny Pokemon, there aren’t a ton of differences between the shiny and regular versions. However, the one difference is pretty obvious with Cubone. The shiny version has the same colored skull and belly, but the earth-tone fur on the rest of its body is instead a shade of green.

How to Find Shiny Cubone

Since Cubone’s shiny is now available in the game, you can find it at any time in raids or in the wild. However, some events might feature higher spawn rates like the Dia De Muertos event, Community Day, or Spotlight Hour.

The most important thing that you can do any time while hunting for shiny Pokemon is to tap on every single one. Any Cubone could be shiny so it’s worth taking the time to check each one.

That’s all there is to know about how to get shiny Cubone in Pokemon GO. Good luck out there shiny hunter! Hopefully, you can give those sad Cubones a good home.